Hasan Ali Cricketer Is Thankful To PM For Selecting Him In The National Youth Council|Parhlo.com

Hasan Ali, the 24-year-old pacer of Pakistan Cricket Team, has recently earned himself some off the field success. He has received a massive honor of being included in Pakistan Youth Council. This is the first-ever youth council of the country. The Patron-In-Chief of this council will be the PM himself.

The pace bowler recorded and posted a video message where he was thankful to PM Khan for giving him the honor of being selected in the Youth Council. Also, called his fans to support him on the initiatives he will take while working off the field from his position at the Council.

Also Read: CWC19: History Is Repeating Itself And The Whole Nation Is Cheering ’92 Ka World Cup

He was initially the part of the World Cup 2019 Squad but failed to perform under pressure. Following his four-match performance, Hasan was dropped out of the team. However, fans were expecting a lot from him as previously in 2017, Hasan played a prominent role in bringing the Champions Trophy home. He took a total of 13 wickets in that tournament and won himself a huge fan base. 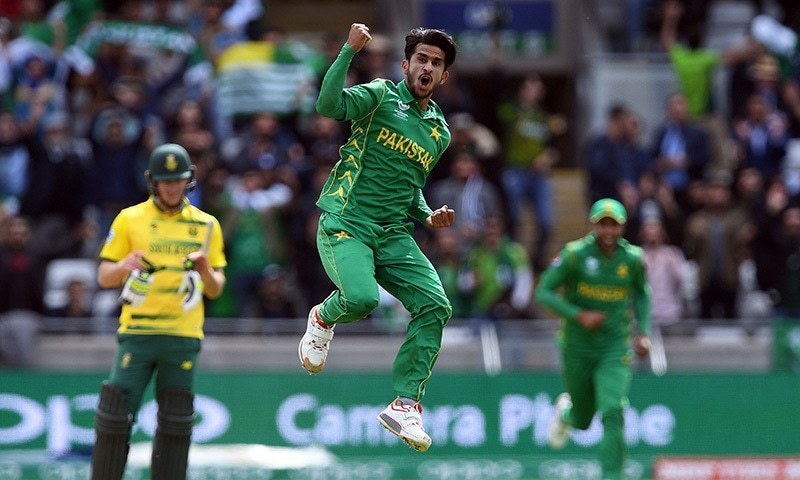 Also Read: Hasan Ali And Shadab Khan Are Just The Perfect Example Of Bromance And We Love It!

It was also very disappointing for the 2017 star to be selected for World Cup and not being able to perform for his team well. However, the fans posted supportive tweets for Hasan uplifting his spirit.

And now PM has also given him a reason to cheer up by selecting him in the Youth Council. Using his position Hasan will have a chance to create a huge impact on the Youth.

People’s favorite Hasan showed his gratitude on being included in the council via a tweet. He says it is an honor for him to be selected in Pakistan’s first youth council. Moreover, adding that he is thankful to Prime Minister Imran Khan for giving him this opportunity. He feels honor on being included in this great group of people and that he will Insha Allah give his best to this opportunity.

thank you PM @ImranKhanPTI for selecting me in national youth council and putting me with so many big names. I promise to give my best to my country always in sha Allah ?? ?? #KamyabJawan @UdarOfficial pic.twitter.com/cOOJaWwMym

Hasan finds this opportunity to be a noble cause and is ready to make his contribution to it.

Hasan found a spot from himself in the 33 member team of the Youth Council on 30th June. People are considering this as a right step taken by PM Khan. The pacer will work closely with the government to help rise spirit in the youth of Pakistan. This will also put him back in the light. Hasan will have a chance to become people’s favorite again but in a different scope.

The other big names included in the list of this team are a female footballer – Karishma Ali, Pakistan women cricketer –Sana Mir, and film artist – Mahira Khan.

However, Pakistan Team has been doing well after dropping some cricketers off the team. But, fans are still positive Hasan will be back once he’s in the form again.

Ali Noor Might Need A Liver Transplant After Being Diagnosed With Hepatitis-A And He Needs Our Prayers!
Finally, The US Declares Anti-Pakistan Baloch Organization ‘BLA’ As Global Terrorists And Their Game Is Over!
To Top