Haroon Shahid posted the most Disgusting Tweet & people are Furious 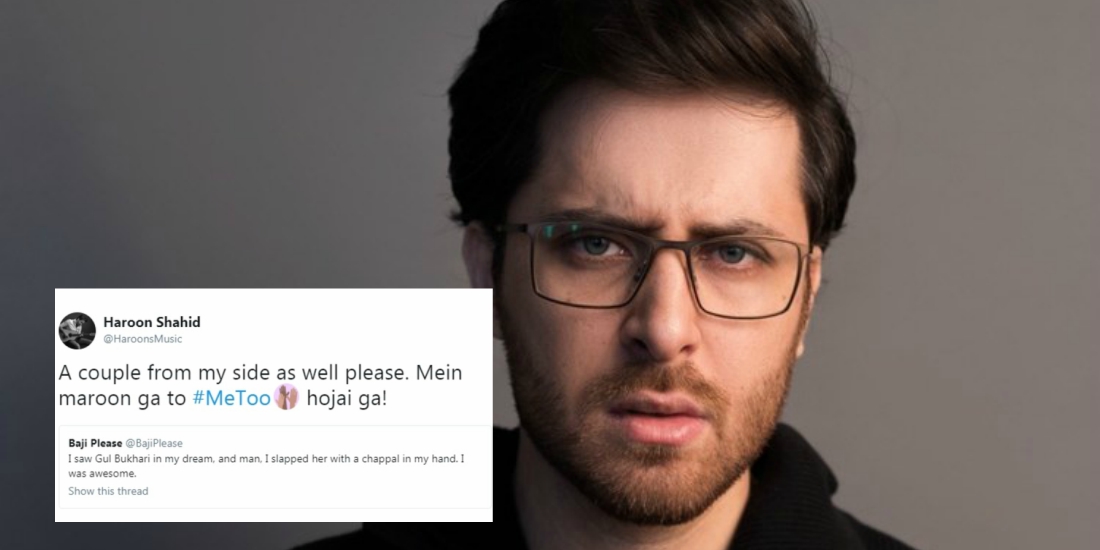 Haroon Shahid is a Pakistani actor that made his debut in a movie about a rape survivor seeking justice. Which makes it all the more hurtful to see him post the following: 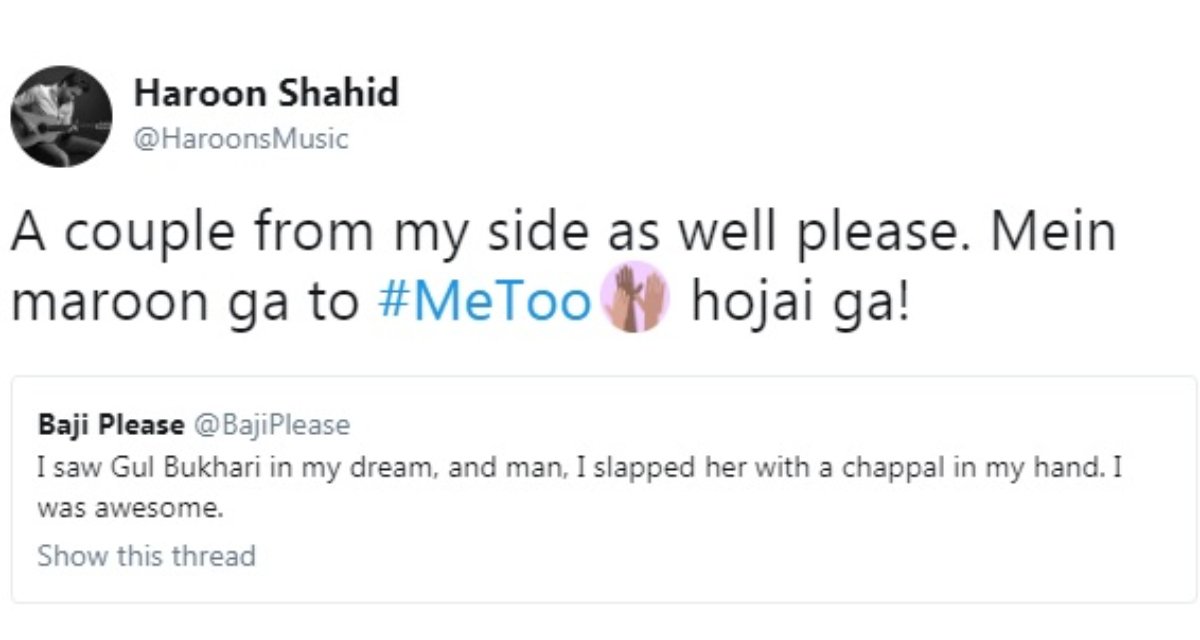 Gul Bukhari is a Pakistani journalist and human rights activist based in Lahore. She constantly writes about and criticizes Pakistan’s human rights policies in Pakistan and how unfair they are to the citizens of this nation.

Not only did he say that he wants to slap her with a shoe, he also made a mockery out of #MeToo, a massive-scale movement by women all over the world about how they were/are sexually harassed and sexually assaulted.

Shahid was then called out by Twitterati for his misogynism.

Haroon Shahid during Verna promotions: #MeToo is an issue that needs to be talked about as much as terrorism or corruption.

After cashing in on pretending to care about women empowerment: pic.twitter.com/LebqgoOOfJ

He ended up apologizing for it over the course of a few tweets. But it honestly felt like each apology was missing something.

Incorrect. I take it seriously. It's reactions to a silly joke I made that make people question the legitimacy of the whole campaign. My joke was bad. The #Metoo part was to show how even in a stupid dream it'll be misconstrued. Wouldn't need a joke as tweet to threaten anyone.

Your “silly joke” is what makes the campaign questionable. Not our reactions to it. How big is your ego that you have to show off your ability to threaten people.

He literally couldn’t admit his mistake without criticizing Gul Bukhari at the same time.

I apologize for my bad joke. Hope you guys garner an apology from her for this. Oh wait…. was this even a joke??? ? https://t.co/RUSsS1rl0t

He kept trying to excuse his own behaviour by saying that she was criticizing Imran Khan. Which makes no sense because he promoted physical violence against her for her political views. There are several ways to criticize someone’s political views without trivializing the suffering of women.

I cracked a bad joke yesterday for which I got bashed and rightly so. Apparently, for a few I've become a hate monger, a rapist and a person who supports abusing women with that one tweet. Your hate and article on Dawn don't make me one. I apologise for the joke. Stop fighting!!

The way he keeps referring to it as a ‘bad joke’ is what infuriates me. It wasn’t a bad joke. It was a horrible statement trivializing the struggle of women everywhere. Our hate and articles do not make you a misogynist. Your own actions did that.

Haroon Shahid is not the only Pakistani celebrity who went public with his misogyny. A video of Waleed Zaman (the Creative Director of Kayseria) went viral on social media in which he said that he “supports the sexual harassment of women”.

It really makes you think. Our celebrities have a huge fan following and it spreads a horrible message to all of them. What sort of influence are you spreading to the youth? It’s never okay to joke about violence and assault against women.