Marriage is a beautiful aspect of everyone’s life. And weddings of lovable Pakistani celebrities are something that every individual loves to cherish in Pakistan. However, the pop singer and composer of ’90s, Haroon Rashid, got hitched recently, and the Pakistani public is at it again.

It looks like trolling people is becoming a leisure time activity for people and most of them try to make sure that every Pakistani celebrity faces the worst of it. May it be a wedding or a dress worn by a celebrity; trolls and cyberbullying is a past time favorite of every Pakistani. Now, you might be wondering how Haroon Rashid got into the mix right? Well, it happened so, that the 47-year-old Pakistani singer shared a post with his beloved wife with a caption ‘married’.

Cyberbullying at its peak

What the star expected was that his congratulations might be on the way. But instead, the public decided to use this opportunity as a way to troll him poorly.

From calling him out on marrying so late, the star, Haroon Rashid was pushed too far. While some commented on how long it took him to finally make the decision of marriage.

Why so late in your life? You have been completely out of the scene for the past 12-14 years I thought you might have been busy in your family life after your brief stint in 2000-2007s I guess. I was quite small at that time.

I was a child when you released the first song, now I have a child.@TheRealHaroon

There were many who used this opportunity to point out that when he will start a family. Although the Twitterati banter focused on making it miserable for even readers to see, some souls are still kind enough to stand up for him.

Many of Haroon Rashid’s fans were up and defending him from the trolls. Basically, the idea of ‘live and let live’ is still new to many of the public.

Many congrats @TheRealHaroon. May you lead a blissful life with your better half. And dont take comments from people here personally, they tend to judge everyone by their marriage status. Also give us some good songs if you can.. Pakistani pop scene is dead from a decade or so…

Have a blessed married life, Haroon

Are 47 years really that bad to get married? Or has patriarchy pushed us to a point that we have forgotten all about goodness and kindness? Instead, our only focus has become to let others down for the sake of self-admiration and humor. If you ask us, we think it is very sad and depressing.

When will we learn?

Or perhaps! our society is becoming a bit uncivilized in that manner. But now the question we project is until when we will live life by poking our noses into other people’s matters. It isn’t nice to contradict someone or make them feel low.

Hasn’t the repercussion of cyberbullying and how the young tiktok star who took her life not enough? So more than often we see mental health and disorders disrupting the lives of people. So why is it important that we make fun and hurt these amazing stars that are always providing us with entertaining content and entertaining stuff. 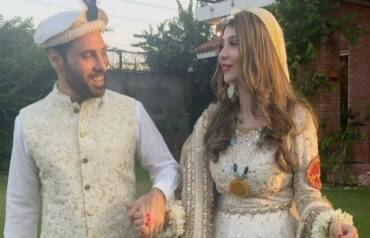 It is time, that we forego such notions that are based on the parameter of pulling each other’s leg and focus more on the imperative of allowing to grow each other and promote them.

Lastly, we would like to send our heartiest congratulations to Haroon Rashid and his beloved wife on their intimate and sweet wedding. We wish them a happy life and a meritorious and progressive future together.

What do you think of the story? Tell us in the comments section below