An exciting day for cricket fans as they witnessed a memorable moment of cricketing history. Well, a hat-trick in a day is old now, its time for the double feast. First Afghanistani spinner Rashid Khan and then Pakistani pacer Haris Rauf made this day of cricket a memorable one. During the 28th game of the ongoing 9th edition of the Australian league, Haris Rauf registered his maiden T2o hat-trick after he dismissed three in a row in his last over.

The young player is making headlines in BBL as he amazed everyone with his exceptional bowling skills. After the memorable event, BBL09 tops the trending chart on twitter. 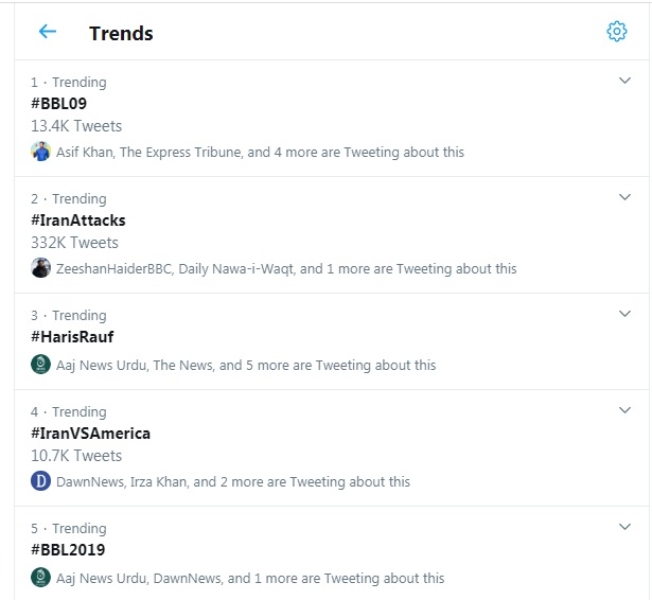 A Day Of Hat-Tricks In The Big Bash League

Although Rashid’s hat-trick was not enough to guide Adelaide Strikers to a victory, he completed his hat-trick by bowling Jordan Silk in the first ball of his following over.

A hat-trick for Rashid Khan! What a moment #BBL09 pic.twitter.com/PdHWSG6m6O

On the other hand, Rauf’s hat-trick set the stage for Melbourne Stars to victory,

A day to remember for sub-continent stars and after the achievement of both players, it’s pleasurable to see the reactions on twitter.

Great talent for #Pakistan.
Congratulations #HarisRauf for this beautiful hatrick.
Now you deserve a chance to play for Pakistan in Australia at t20 World Cup. @HarisRauf14 @ICC @TheRealPCB @T20WorldCup https://t.co/RLs6cajMYM

Some say he is a king of spin bowling,

While others praised his excellent figures

Meanwhile, Lahore Qalandars (a PSL team) were happy with the form of their attacking bowler

Prior to this, Rauf also got a five-wicket haul. The Pakistani pacer has been in a very good form in the ongoing Big Bash League. He has picked up 13 wickets, including a fifer in just 4 matches of BBL for Melbourne Stars. Furthermore, not conceded more than 6 runs per over in 3 of those outings.

However, the selectors will definitely take a glance at Rauf’s recent performance while selecting the T20 team for this year’s World Cup. It’s a really good opportunity for young talent.

Melbourne Stars Are Back On Top

Haris was having a wicketless game before the magical final over. He picked up the wickets of Matthew Gilkes, Callum Ferguson, and Daniel Sams and ended his spell on amazing figures of 3/23 in four overs.

When he came to bowl his last over, Haris dismissed Sydney wicket-keeper batsman Matthew Gilkes (41) after the southpaw skied a delivery to Stars’ spinner Sandeep Lamichhane at fine leg. Rauf, who had made the limelight for his death threat celebration earlier in the league, was seen celebrating in a delicate manner at the MCG.

However, Haris’s hat-trick and Maxwell’s master class batting sends the Stars back to the top.

Twitter Stirs ‘Conspiracy’ Regarding The Ukrainian Plane Crash!
US President Trump Makes Historic Judgement Of Not Attacking Iran!
To Top