Pakistanis are drenched in the television series Ertugrul. Their love for Ertugrul is soaring day by day. Youtube is on the brink of breaking the record of highest subscribers in the fastest time for the drama series. Not only the general public but celebrities and controversial figures like Hareem Shah are also loving the series.

Recently, Hareem Shah while giving an interview to a news channel showcased her feeling about the fascinating series. She said that the Turkish actress Esra Bilgiç worked so well in the drama. Her acting made me went into that golden span of time, in which they were shooting the series. 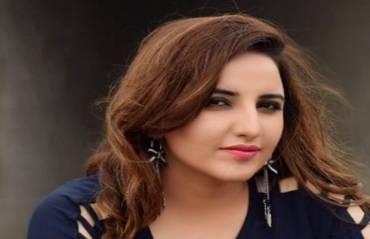 Furthermore, the TikTok star said that she desires to work as Halima Sultana in the Ertugrul series. Thereafter, the reporter asked, who do you want as your Ertugrul in the series? She said that Imran Khan can be Ertugrul.

The season one of the television series was released in 2014. It became a huge success across the world. However, in Pakistan, the series got famous after Imran Khan recommended it.

“The acclaimed Turkish television series @DirilisDizisi is being aired on PTV on the instructions of Prime Minister @ImranKhanPTI,” Pakistan Television announced on its official Twitter account.

“Airing will commence from the 1st of Ramazan at 9:10 pm (local time) on PTV Home,” the state-run broadcaster continued.

“Ertugrul Ghazi – Such a great exhibition of culture & Islamic faith – an amazing journey through the phenomenal Turkish history,” Javed said.

The success of the series in Pakistan is jaw-dropping. Pakistani people have watched and loved the series more than the Turkish did. Currently, the official channel of Pakistan PTV, which is broadcasting the series in Urdu dubbing has around 23 million subscribers. Pertinent to mention the subscribers joined the channel in just the span of a month.

Ertugrul @DirilisDizisi in Urdu going on air from 1st Ramazan – Daily at 9.10pm on @PTVHomeOfficial. Actors & Characterization r seamless-storyline & plots r intriguing w/ superb mix of soundtracks.Hats off to the production team @trtworld for such a grt attention to detail work pic.twitter.com/2Z2lGgQHda

Hareem Shah, the controversial TikTok star of the country has earlier made headlines with Mufti Qavi. Her stardom came at the cost of controversies. The queen of scandals made serious allegations against many people such as Mubashir Luqman, Sheikh Rasheed, and several others.

Besides, the actress Esra Bilgiç who played the character of Halime Sultana is loved in Pakistan. The love for her aggrandized when Pakistanis got to know she defended a Pakistani lady against Priyanka Chopra. This can be another reason which made Hareem Shah fell in love with the actress and the drama series