They often say that sports shouldn’t be mixed with politics, but that is highly impossible in the climate of the sub-continent. Here, sports and politics have always remained directly proportional.

After decades of friendship, Harbhajan Singh has called it quits with Pakistani cricketing legend Shahid Afridi. The duo has always remained on good terms, ever since they played for India and Pakistan, respectively.

Shahid Afridi targeted Indian Prime Minister Narendra Modi saying: “The disease in Modi’s mind is bigger than the coronavirus. The disease Modi has is based around religion. Modi is committing atrocities in Kashmir with our Muslim Kashmiri brothers and sisters. 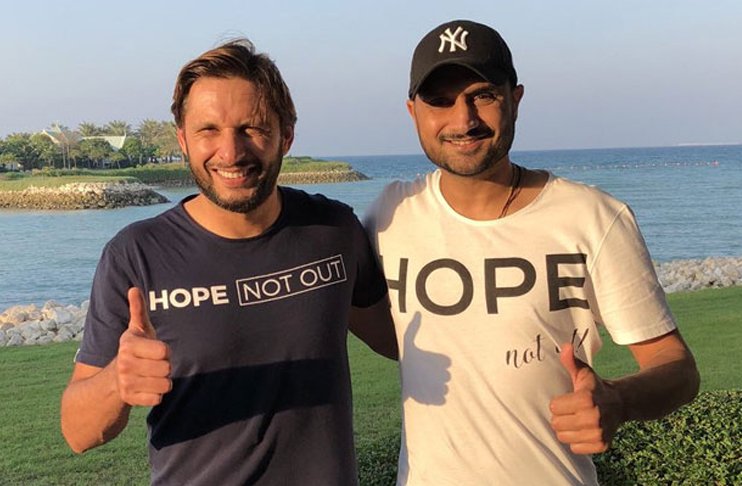 Insha’Allah, Modi will have to answer in this world and in the Hereafter. Modi should know one thing, he tries to be very fearless but he is scared. Why did he unite a 7 lac army for such a small Kashmir? The UN is not playing its role as well, why was it made them? Pak Army has always highlighted this fact.”

Shahid Afridi then said the words that triggered Harbhajan: “We shot down their ‘choozay’ (chicklets) in the air, brought them down, and gave them tea. Pakistan always wants to spread love, but only if it is a two-way relation.”

This is why Harbhajan Singh is unhappy.

Shahid Afridi "We even brought down their 'choozay' from the air, gave them tea and then sent them back to their country with respect" pic.twitter.com/QnMiE6ISAf

Once Harbhajan Singh saw this statement, he informed the Indian media that his relationship with Shahid Afridi was surely over. Harbhajan too, like Afridi, has been trying to get involved in the political circles and start a new career.

“This is very upsetting what Shahid Afridi has come up with, talking ill about our country and our Prime Minister. This is just not acceptable,” Harbhajan said to India Today.

“To be honest, he (Afridi) asked us to make an appeal for his charity. In good faith, we did it for humanity and for the people suffering due to the Coronavirus.”

“Even our Prime Minister has said that Coronavirus is a fight that extends beyond borders, religions, and caste. So we were very clear with the cause that we were promoting, which was simply to help those in crisis. But this man (Afridi) is talking ill about our country. All I have to say is we have nothing to do with Shahid Afridi. He has no right to speak ill against our country and he should stay in his country and limits,” said an angry Harbhajan.

Afridi’s comment, even though sensitive to Indians, was absolutely correct. Nothing he had said was wrong or incorrect. From his comments about Modi to his views on Kashmir, everything was correct. Previously, Afridi had even spoken in support of Harbhajan Singh when they supported his charity initative.

“Their Parents Know I Beat Them,” Says Mosque Imam Caught Hitting Children With Pipe
‘From 120 kgs to 72 kgs’ This Inspiring Girl Lost 48 kgs In Just Two Years
To Top