One of the problems with this country is that it has always kept women in a second class position. They have been viewed as the daughters of Eve. Despite her substantial role, she faces tremendous problems in our society. Women face many forms of gender oppression and discrimination, not only in our country but throughout the world.

Street Harassment Is Not Okay!

Street harassment is a pervasive problem that every other woman has encountered in this country. It is a form of sexual harassment that consists of unwanted comments, wolf-whistling, catcalling and other actions by strangers in public areas. 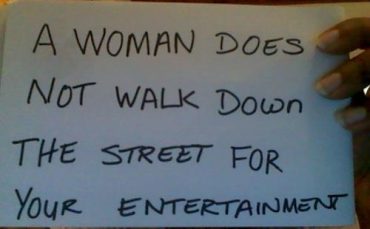 Both men and women think that harassment can only be done physically. But it can be done by comments, gestures, and actions forced on a stranger in a public place without their consent and are directed at them because of their actual or perceived sex, gender, gender expression, or sexual orientation. A woman either going in public transport or her own car may be followed by someone who passes unwanted comments. The vast majority of young girls have been harassed just walking down the street.

Harassing A Woman Is A Man’s Masculinity!

If you have come this far in the article, let me assure you, I mean it in a sarcastic manner. Let me explain it to you how:

Usually, when a man harasses a woman so, he is unaware of it. He thinks it is totally okay to do so. He thinks by suppressing another gender, he is proving how strong he is. He knows no one will stop him. This lack of awareness is due to social boundaries. Harassment often leads to strong and residual feelings of anger, unwanted touching, groping, following, and exposure can lead to feelings of anxiety, fear, depression, and low self-esteem.

Women Changed, But Did Men Change?

To avoid street harassment, more than half of respondents have changed their behavior, their dress, their commute, their routine, and refused to attend social events. Some women have even had to change jobs or move, some may start wearing abaya. But all these ways doesn’t help to stop this harassment.

When a man whistles at a woman walking by on the street is just another example of men exerting their power over women. Have you ever noticed a man stopping another man when he whistles or follows a complete stranger?

Street harassment is a frequent reality that many women experience but do not know always how to respond to. It is a way of policing female bodies and restricting their navigation of public space. It can be traumatizing, often times infuriating, and just plain disrespectful and disgusting.

Everyone Deserves to Feel Safe and Comfortable in Public Spaces! 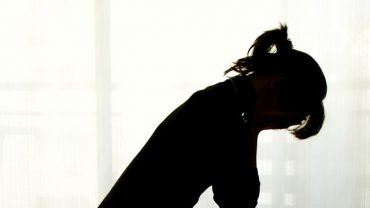 No woman wants to be insulted, groped, stalked, or assaulted. Many women don’t want to be bothered at all. Girls and women should have just as much right to be in public spaces as boys and men. The harassment and assault must stop. Street harassment will not stop while so many people perpetuate complacent and unconcerned attitudes towards it. It will not end by implementing band-aid solutions like more security cameras or making police forces take more action.

Here’s Why Gohar Rasheed Will Be Seen In A Song With 100 Pakistani Transgender Performers!
The 7 Very Unique, Yet Common Ways To Have A Healthy Life!
To Top