Any citizen that might belong to Pakistan or India would understand the gravity of the Kashmir conflict. It is a long-going crisis for both countries without any necessary conclusion. It is still difficult to address the entire scenario of what is happening in Kashmir. But it is for sure that this year is half-way done, yet Kashmir is still witnessing dramatic changes along with numerous conflicts between the Indian and Pakistan Army.

The current concern is regarding the deployment of about 35,000 paramilitary forces within the northern area of Jammu and Kashmir, by India. India is mentioning it as an everyday operation, but it goes deeper than that. The previous month, Prime Minister Imran Khan visited the U.S to have talks with President Trump. Moreover, within that meeting, Trump admitted that he would mediate between the Kashmir issue to settle it once and for all. This is because it has been going on for a long enough time. However, India keeps rejecting the particular offer by stating that this is an issue between India and Pakistan. Hence, third party intervention isn’t important. 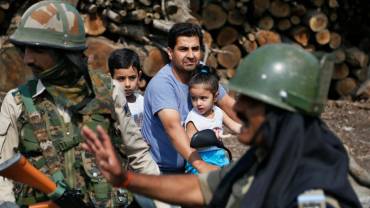 Well, President Trump did mention that he would only show efforts to come in between if both the countries allowed to do so. If he didn’t see a positive response then he wouldn’t mediate. Not to mention, India’s foreign minister said within a discussion with Secretary of State Mike Pompeo that the talk regarding this problem would be between India and Pakistan only. Moreover, this further confirms to the multiple times that India has rejected such offers. He said, “Have conveyed to American counterpart Secretary Pompeo this morning in clear terms that any discussion on Kashmir if at all warranted, will only be with Pakistan and only bilaterally,”

Coming back to the deployment, it is possible that India started to toughen up its base after the Imran Khan and President Trump meeting. And this also connects to the thorough discussion that they had on the on-going Kashmir conflict. However, the actual reason connected to the deployment of these troops, seems to be unclear.

Another recent incident occurred within Indian Kashmir that had locals and foreigners affected. Basically, thousands of students and tourists had been advised to leave Indian Kashmir because the government had issued a warning regarding a terror attack. 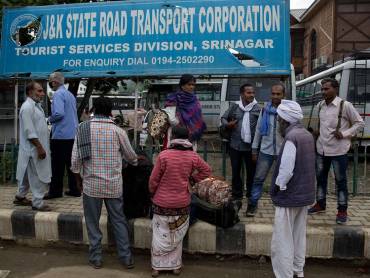 The state government said that there is a possibility of a terror attack to occur in an infamous Hindu pilgrimage. This created chaos in the region where tourists then flooded the airports despite some not even having tickets. Additionally, the locals suffered because of this situation as well where they had to line up for normal necessities like food or fuel. There has been a lot of chaos that will definitely negatively affect the tourism within Indian Kashmir.

Pakistan’s concerns are doubling by the day because the Indian military has been launching subtle attacks in Neelum Valley. Not a lot of people know about what is happening in the Pakistan side of Kashmir. Indians have denied connections to it yet the citizens are still suspicious. On the night of July 30 and July 31, it was said that the Indian military left cluster bombs in Azad Kashmir’s northernmost district, that killed about 11 people.This is prohibited under the Convention on Cluster Ammunition Moreover, a 4-year-old boy lost his life because of the ammunition as well. Nevertheless, India keeps denying the claims. 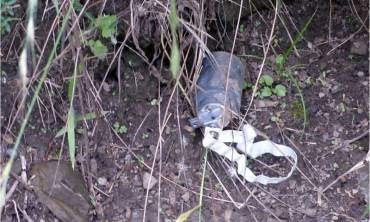 Even the Pakistan Army Spokesperson Major General Asif Ghafoor tweeted, “Use of cluster bombs by Indian Army violating international conventions is condemnable. No weapon can suppress the determination of Kashmiris to get their right to self-determination. Kashmir runs in the blood of every Pakistani. The indigenous freedom struggle of Kashmiris shall succeed, IA”

Use of cluster bombs by Indian Army violating international conventions is condemnable. No weapon can suppress determination of Kashmiris to get their right of self determination. Kashmir runs in blood of every Pakistani. Indigenous freedom struggle of Kashmiris shall succeed,IA.

Barkha Dutt, an Indian journalist, also took to Tweet to address the abnormality of the entire Indian Kashmir situation. She said, “Amarnath Yatra suspended after terror threats, massive troop deployment, rumors of article 35a gone, tourists being asked to leave the valley, all a recipe for panic in the absence of clear communication. The government needs to talk to people. This is no longer ‘normal’”

Amarnath Yatra suspended after terror threats, massive troop deployment, rumours of article 35a gone, tourists being asked to leave the valley, all a recipe for panic in the absence of clear communication. The government needs to talk to the people. This is no longer ‘normal’.

The sad part of it all is that the countries keep looking into their interests, which is natural. But the Kashmiri citizens are still witnessing a genocide unfold within their own region. This is why we cannot blame them for demanding to become a separate nation, away from India and Pakistan.

What do you think of the situation? Will the situation surrounding Kashmir ever see a positive end? Share your thoughts.

Waqar Zaka Just Exposed The ‘All Gucci Revamped’ Group On Facebook And The Truth Will Shock You!
4 Activities To Make Eid Even More Exciting For Children!
To Top