Man Killed By Hantavirus In China: Everything You Need To Know

As if the Coronavirus was not enough, China has recently been hit with a new disease called Hantavirus. As reported, by the Chinese state media, one man lost his battle with Hantavirus in the Yunnan province of China.

The only promising and pertinent factor to add here is that Hantavirus is nothing new and has been affecting humans for decades.

Since the early hours of today, Hantavirus has become the top trend on Twitter and other social media platforms. Already under the wave of Coronavirus, it seems the world isn’t ready for another epidemic.

The news, however, has created panic in China and the rest of the world. As of today, almost 16000 people have died due to Novel Covid-19. Additionally, the economic consequences of the virus have been far bigger than the health factors.

A Chinese state-run English-language newspaper, Global Times, wrote on Twitter, “A person from Yunnan Province died while on his way back to Shandong Province for work on a chartered bus on Monday. He was tested positive for hantavirus. The other 32 people on the bus were tested.”

A person from Yunnan Province died while on his way back to Shandong Province for work on a chartered bus on Monday. He was tested positive for #hantavirus. Other 32 people on bus were tested. pic.twitter.com/SXzBpWmHvW

What exactly is the Hantavirus?

Many have been referring to it as a ‘new’ virus but that is not entirely true. The Hantavirus genus includes 21 species, which takes birth in rodents.

Any man, child or woman who is around mice or rats carry that carry hantavirus can be affected. The virus is not contagious and does not transmit from human to human. It is in fact, a relation between rodents to humans.

This happens when rodent urine, feces or nesting material comes in contact with human breathing. Direct contact and then touching of the face, mouth, and eyes can also transmit the infection. Moreover, if an infected rodent bites a human, Hantavirus can be transmitted as well. 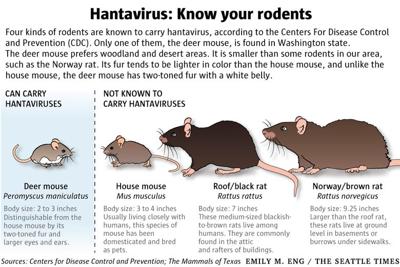 Moreover, the symptoms of Hantavirus are very similar to that of Coronavirus. At first, people with Hantavirus feel fever, severe muscle ache and fatigue.

After a few days, the symptoms include headaches, nausea, chills, diarrhea, vomiting, dizziness and stomach pain. The only difference of symptoms is that Hantavirus does not give flu (a runny nose and cough).

In the context of Pakistan, people need to keep their surroundings clear. If the virus isn’t here does not mean it never will, similar to the case of Coronavirus.

If you have rats, rodents in your surroundings, make sure a cleansing process is carried out straight away.