Hamza Ali Abbasi who not-so-long-ago renounced show business to dedicate his life to spreading the message of Islam has once again started a religious debate on Twitter.

Ever since he quit the showbiz, we always see him up to some religious activism. Many questions have been raised by him, based on Islam. Last year, the former actor and director revealed his journey from atheism to Islam.

He talks about how we, as Muslims, do not need any Messiah or Iman, let alone a Murshid to guide us to the straight path. We could not agree with him anymore!

Here is a screenshot of his Tweets: 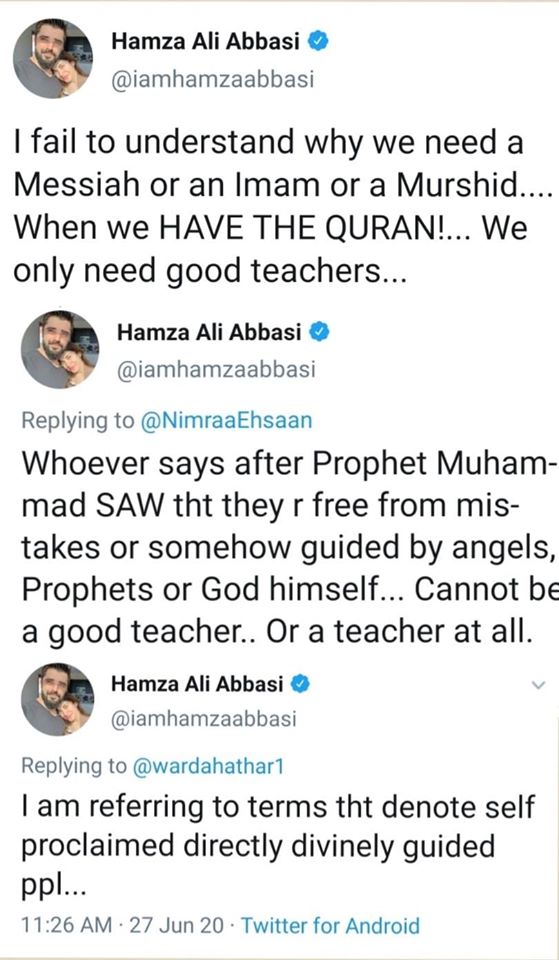 If we think about it- where is the lie? Why do we need a ‘guide’ or ‘Pir’ to guide us to the spiritual path? Meaning, if Allah has already bestowed us with the most authentic sources of guidance, why do we need a ‘Murid’ to do the job for us?

Coming towards the Tweet of Hamza stating that the Quran and Prophets are enough to guide us- what do you think? The man definitely has some point here!

Without a doubt, the Quran and the Sunnah (Prophetic traditions and practices) are the two transmitted AND primary sources of Islamic Law. Do you see the emphasis on ‘and’ there? Well, the point is, when you already have two primary sources of guidance, why do you need a third person?

Harking back to Hamza’s Tweet, he referred to Imam and a Murshid as ‘self-proclaimed directly divinely guided people’.

Let’s be honest, isn’t he right after all?

There are so many so-called  Murids and Pirs who are looting innocent people in the name of Islam.

Did you know that there are more than 150 registered shrines in Pakistan? And the majority of these are located in Sindh and Punjab. The whole Pir-Mureedi system has become so deeply embedded within Pakistan’s electoral culture.

There are a number of political leaders who act as Pirs to gain the moral high ground. Not to forget the video of our very own Foreign Minister that recently went viral. Shah Mahmood Qureshi has been running a Pir-Muridi system in Multan for decades. He has been found to be taking allegiance from young girls and women to join the party.

Hamza Ali Abbasi further added to his statement that after Prophet Muhammad (SWS), no one can claim to be free from mistakes. In addition, he also says that whoever claims to be ‘guided by angels, Prophets, or Gods’, cannot be a teacher of Islam. 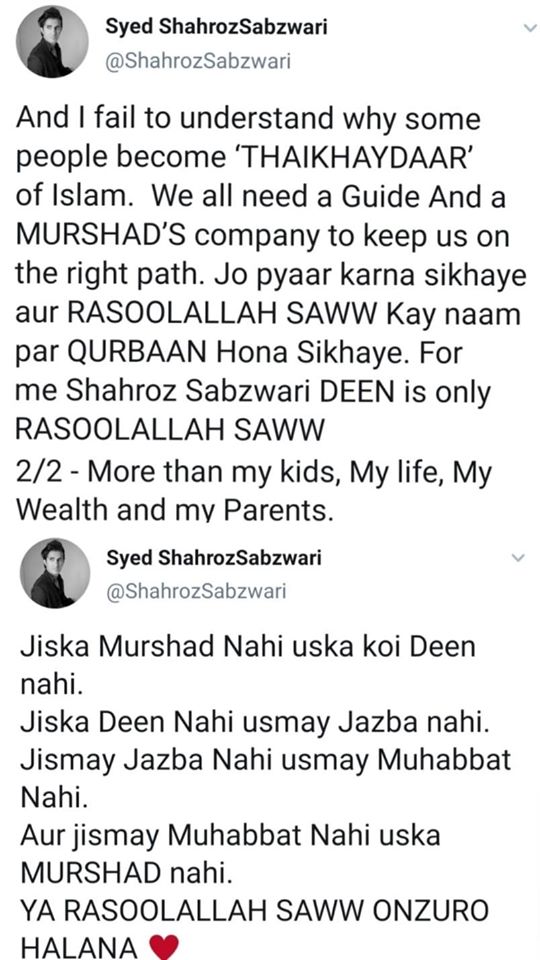 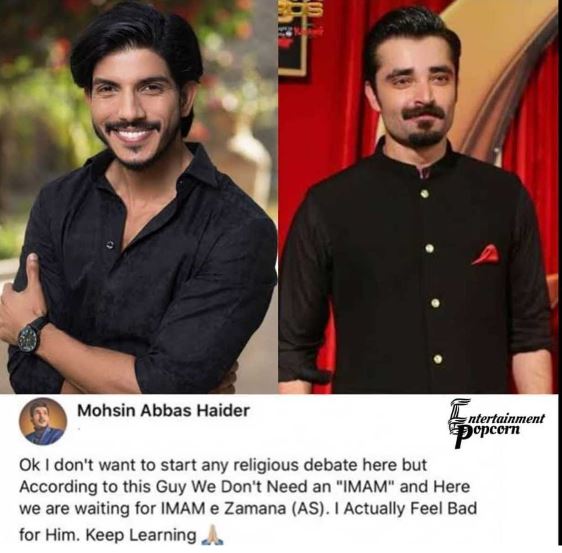 Seems like Shahroz Sabzwari is once again going to entangle himself in a controversy. The actor, without quoting Hamza Ali Abbasi, gave his own opinion on the matter and referred to Hamza as a ‘thekedaar’ of Islam. He talks about how important it is to have a Murshid to seek guidance and expressed his love for the Prophet Muhammad (SAW).

Mohsin Abbas Haider also refuted Hamza and stated how he ‘feels bad for him’ for not understanding the importance of Imam. It is evident how both of these actors have misinterpreted Hamza Ali Abbasi’s tweet.

What do you think about this story? Let us know in the comments below!