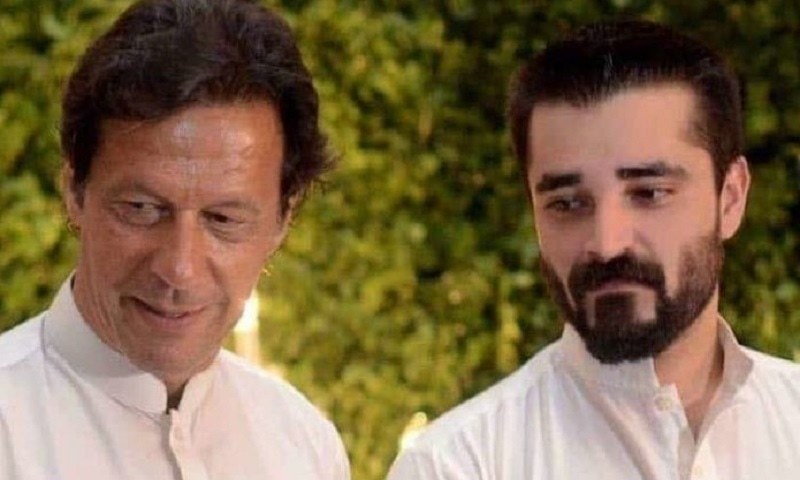 The controversial book of Reham Khan has changed the dynamics in the recent few days. With the general elections almost a month away, the focus of the candidates should be entirely in their position and to attract more voters on their side. However, in the case of PTI, things have changed a little.

While the chairman and the Prime Minister candidate Imran Khan maintains his silence, other workers of PTI, such as Hamza Ali Abbasi are seen putting outmost focus on Reham Khan’s forthcoming book on her life with Imran Khan — where she vows to expose the “dirty” things that happened in PTI, in the life of Wasim Akram and other PTI female workers.

He shared his unfortunate experience of reading Reham’s manuscript and how it led him to believe that this needs to be said in public.

Had a very unfortunate experience of reading a manuscript of Reham Khans book. Here is the summary: IK is the most evil man to walk the face of this planet. Reham is the most pious righteous (Tahajjud guzaar) woman ever and Shehbaz Sharif is an amazing guy! #RehamOnPMLNAgenda

With the Passage of Time, Hamza Ali Abbasi and Even Reham Khan Revealed the Things That Were Discussed in the Book

Hamza Ali Abbasi talked about how Reham Khan has called Imran Khan gay, how she has bashed PTI female workers for taking sexual favors and how sexual activities take place in PTI. On the other hand, in an interview, Reham Khan did acknowledge how she has mentioned the sexual favors and sexual exchanges that take place in the party in order for members to gain a position of power.

Reham even attacked Jemima and Imran Khan’s son in her book, to which Jemima shared the decision of suing Reham if it is mentioned in the book.

Hamza Ali Abbasi rejects to reveal his source which gave him the manuscript as well.

A lot of Pakistani are torn between whether it is true or not and when the book comes out, will Reham Khan have these parts edited or not?

On This Speculation, Hamza Ali Abbasi Says He Will Apologize In Public If What He Said Turns Out to be False

FAQ: Wht if Reham changes the book & wht i i say is not thr? If thr r no allegations of orgies/drugs on IK, no filth abt IK's family, Female PTI leaders/anchors, Wasim Akram etc I will feel no shame in issuing an unconditional written public apology to Reham & everyone else! 🙂

With all the unnecessary attention towards Reham Khan’s book, everyone is pretty hooked to see whether the claims made by Hamza Ali Abbasi are true or not. And if they are not, Hamza Ali Abbasi will be seen apologizing in public.