Desi liberals, a segment of the community defined for its socio-political stance that is often influenced by a jargon of liberalism. It may be ridiculous to absolutely condemn them for their viewpoint. Ideally, most liberals in Pakistan believe their perspectives to be independent, rational, based on equality and liberty. It is also thought to be somewhat secular, having freedom of speech as well as openness to change. 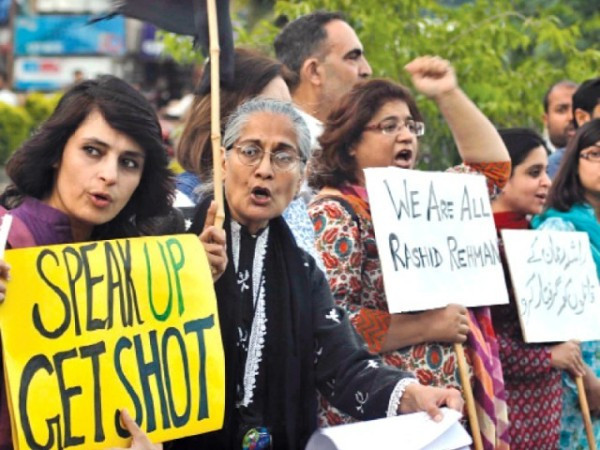 However, most liberals in Pakistan do not have the clear picture. They seem to have followed a movement, jumped onboard a bandwagon that they think grants them some rights, which is why they are often profiled as “pseudo-liberals”. Moreover, its cultural profiling has become popular. You know, “it’s cool to be liberal”, which is why many of those who claim to be liberals have a juvenile perspective and are often found to be misleading themselves.

Meanwhile, Hamza Ali Abbasi triggered a major chunk of people once again… In other words: the sky is blue!

Hamza, a popular actor, TV host, and social activist has been very vocal about his social and political stance. He sides with PTI and Imran Khan on his political point of view and is often found to be bashing desi liberals who come forward to allegedly present baseless arguments (according to him).

The apparent question everyone would ask…

Its pathetic. No doubt. And i am doing a TV project so thats why will do my programme only on weekends

Deceptive movement? how? Talk sense!
Go and ask those families who are put in a tight spot. Is it easy to see your family members being killed for no sane reason? And nothing is 'anti-army' if they are having some misgivings then we should listen to them, that's it!

A country where demanding the basic rights labels you A #Mossad #CIA #RAW & #NDS Agent is called #Pakistan . #Manzoorpashteen

I am sure you would have never been to fata and I am also sure dat you would not know da names of various agencies dat comprise fata. People of fata are supporting manzor pashten
because they have seen the atrocities of pak army and taliban
Love manzor

Desi liberals wish to divide Pak on ethnic lines this is not a conspiracy theory or anything I’ve myself talked with extreme left wingers they absolutely don’t mind division of Pakistan and merger of Punjab with their beloved Hindustan thats their dream.Bohat laanti makhlooq hain

That moment when u realised that your brothers, children and other family members have been killed or kidnapped by unknown, amd when ur businessss are destroyed, i will ask u then, do u still consider ptm to foreign agents?#PashtunTahaffuzMovement #DaSangaAzadiDa

Is Hamza Ali Abbasi making a good point here? He surely has opened a huge debate here, triggered many people who are calling out on him as well as supporting him. Well, Pakistani social media is surely entertaining with the likes of Hamza Ali Abbasi tripping every now and then, scooping out attention from all squares and leaving us something very interesting to read.

Pepsi Joins Hands With International Celebrities For Virtual Benefit Concert
This Mufti Thinks Boosting and Buying Likes on Facebook Is “Haraam” and You Can’t Guess Why!
To Top