Another day, another time Hamza Ali Abbasi becomes the highlight on social media. Just lately he remarked something very controversial that so got him in trouble. In fact, PEMRA lodged a ban against his TV show as people thought Hamza’s point was totally non-patriotic.

But Hamza Ali Abbasi has come to clear the air – he has provided a replete explanation of his stance that took a toll on Pakistanis. In a 13 minute video he shared on Facebook, he is seen speaking out his words and explaining his point thoroughly! 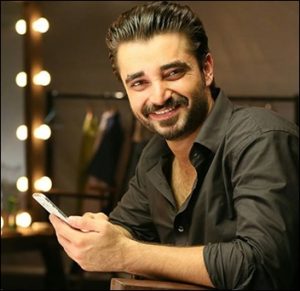 “Yes, you can certainly disagree or be offended with the intensity of the words that I used in my show. However, if you disagree with what I said then I’m sorry to say you’re not a patriotic person, you’re just blind.”

Listen what Hamza Ali Abbasi claims because it is really interesting:

My word, he pulls off a strong speech there. It might be another example that we fail to completely understand a person’s stance to its core until they have to explain each and everything. Certain subjects are not easily understood and are prone to cause controversy if misunderstood. However, Hamza Ali Abbasi clarified his statement and might make a lot of sense to you now.

Pakistanis actually liked what Hamza Ali Abbasi had to say regarding his statement that sparked a massive controversy:

i have fallen in love with you a million times…and i am still fallinggg…going crazy after watching this masterpiece????

More respect and power to you. Undoubtedly you're a true patriot! Keep doing the great work

I am so glad you clarified everything..❤

People continued to show him their support and agreed to his stance this time. This is a developing story in the whole controversy and might just clear out everything. Still, people are not okay with the use of words by Hamza during his tv show.

What do you guys think about it? Comment below.

Watch out for the Self-Medication of Antibiotics! It Might be a Threat to your Health
Stop Whatever You’re Doing and Follow these Food Blogs on Instagram!
To Top