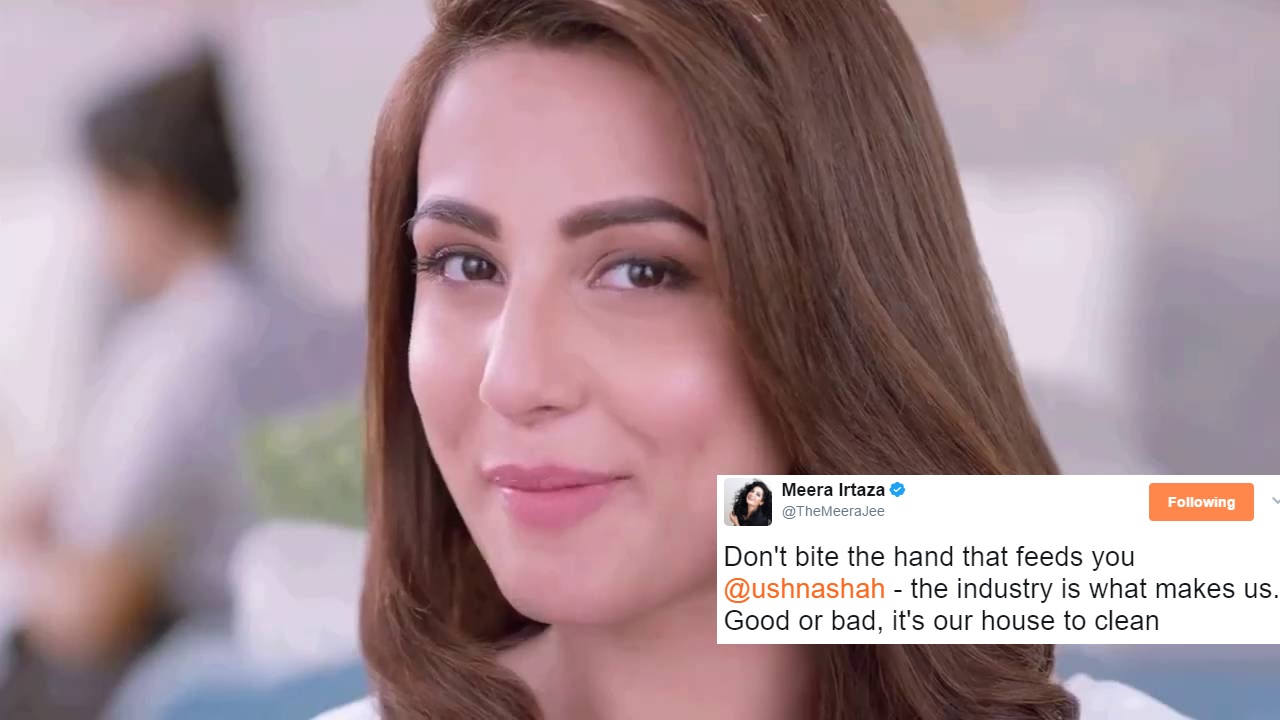 Ushna Shah took the social media by storm when she posted a long status on how Pakistanis wrap themselves in hypocrisy during the month of Ramadan and remain devil’s around the year. With their ‘angelic makeup’ and covering their head with ‘white veils’ and pretending to be ‘Virgin Marys’, Ushna highlighted how the celebrities cash millions during this religious month by ‘pretending’ to be something and in reality, they have ‘ugly souls’.

“For some, this is a holy month of prayer, discipline and ablution. *For others, it’s the month of selling Islam and being a shameless hypocrite.* And ladies (you know who you are) You can wear your white veils, put on the most angelic makeup with the lightest glowing highlighter, pronounce your Arabic vowels from deep within your esophagus, pretend to be descended straight from above (especially some of my favourite television personalities), but your souls will remain rotten and ugly as long as your behaviour is the same for every other month. You’ll go back to lying, spreading malicious gossip, being cruel, selling yourselves to get ahead, screwing people over etc etc..”

Her Status Was Applauded By Many, Included Famous Names Of The Pakistani Entertainment Industry 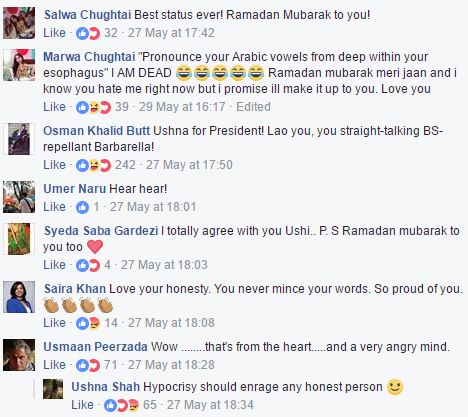 While Ushna Continued Mentioning How She Is Not A Very Religious Person Herself, Her Main Point Was To Comment On How Celebrities Cash Their Dignity By Being Two-Faced! 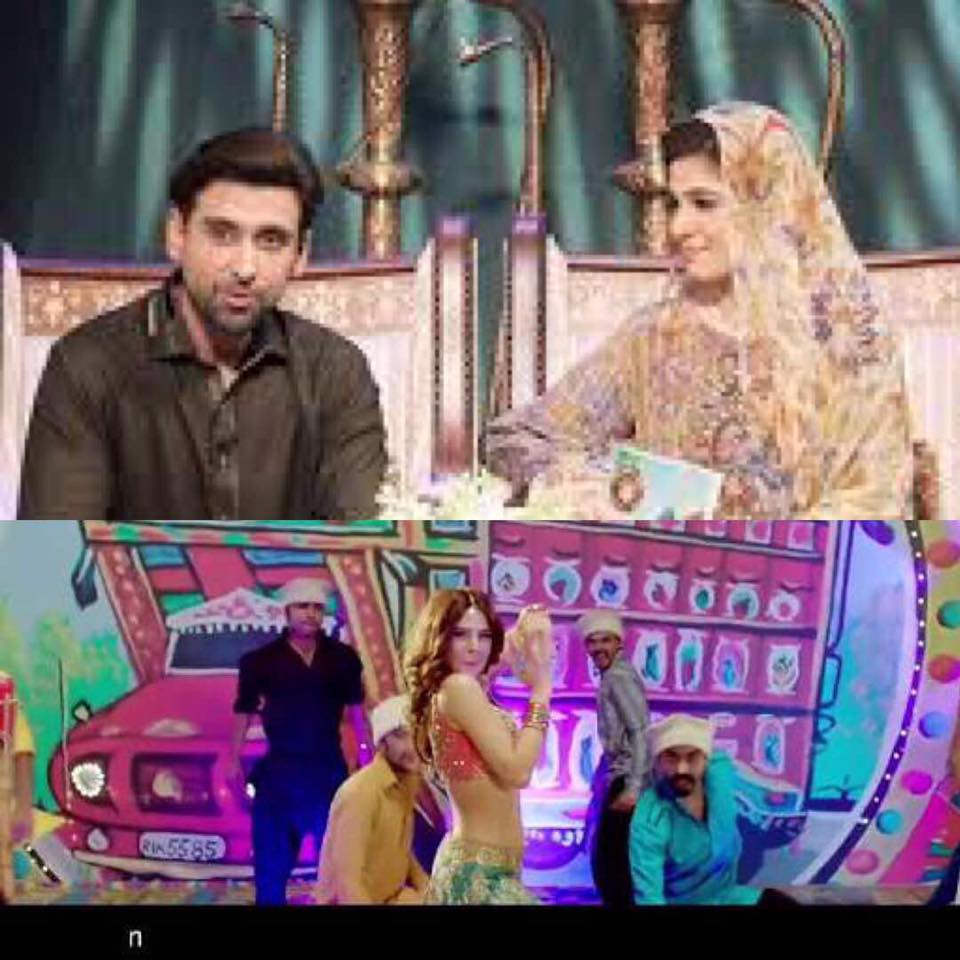 Ushna Shah, the actor is sooo rude and blunt. ??

Ushna Shah is so blunt. ? #tonitewithhsy

And Addition To Remarks, Pakistani Actor, And Activist Hamza Ali Abbasi Shared His Two Cents On What Ushna Had Said

While Abbasi had a point here too, what Ushna wanted to highlight was how these certain celebrities just change for one month to cash in these transmissions and continue being the same people they are around the year.

Additionally, Meera Ji Also Commented On What Ushna Said, Pointing Out How Ushna Should Not Bitter Against The Industry She Is A Part Of

Don’t bite the hand that feeds you @ushnashah – the industry is what makes us. Good or bad, it’s our house to cleanhttps://t.co/UDC3Fj2Vk6

Ushna busted the bubble of many and she wasn’t the first one to think in such manner. However, when it comes to religion, it is indeed a personal matter which lies between the Power and the discipline. There is no right or wrong here. May Allah bless us all.

Here Is The Hilarious Difference Between ‘Karachi And Lahore Ki Language’
Here’s How You Can Nail The Perfect Eid Look This Year!
To Top