Reham-Hamza Fiasco Continues And This Time, Reham Proved How Savage She Is! 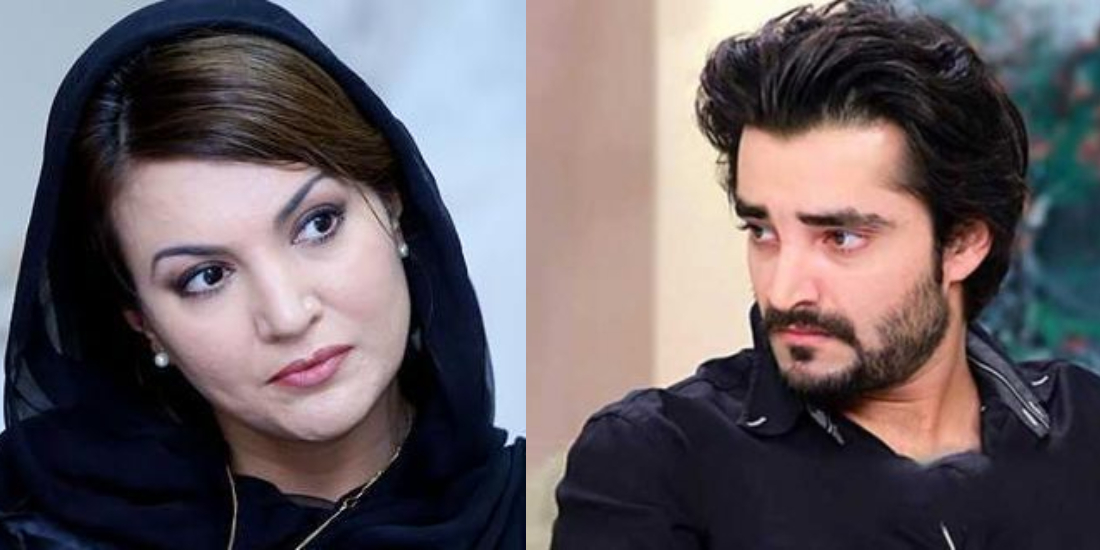 Reham Khan’s book was enough for people to get curious and wake up every day to get a new glimpse of the topic. After the announcement of the book, what’s inside the book was yet another story. Hamza Ali Abbasi took it upon himself to expose Reham’s book. The fight between the two on twitter caught fire and it got a bit dirty. The revelation of the script of the book was hideous. She has not only exposed people but exaggerated as well.

Yes, people were upset over the book and it was later confirmed that her book can’t be published in the U.K because of its notorious nature. The Reham VS PTI fight is a vicious circle. So, now the photos of Imran Khan alongside Farhan Saeed has gone viral and rumors had it that the singer is going to sing the official PTI song. But the internet took it as a matter of grief for Hamza. How? Well, Hamza has been seen always at the place where Farhan is now and people thought Hamza must be in DEEP deep depression over his “replacement”.

Oh, come on! He’s not replaced. Is Imran Khan booked to be with Hamza for life? Can’t he just meet new people? NOBODY can replace Hamza for being the most supportive member of the party. He’s fighting with Reham Khan on behalf of Imran Khan. Is it a small thing??

It’s impossible to not witness Reham were Hamza is. The bond is too precious to be apart! Since Twitter is trolling Hamza for being replaced by Farhan, Reham took full advantage of the moment and had jump on the badwagon.

Reham, without missing the precious moment to troll Hamza offered him a role in her movie. OH, WOW!

If PTI has found a new head it's ok I have written a role in my new film for Hamza. #MeinHoonNa https://t.co/FGSvmNgyet

Awww! Reham, just being her generous self. This is a golden opportunity for Hamza and he shouldn’t miss it! Such love, much wow, and simply awesome. What do you guys think of Reham’s tweet? Let us know in the comments below.