After the controversial exchange of narratives between representatives of Pakistani media and a religious cleric, the internet is still talking about. Yes, we’re talking about Hamid Mir’s forceful spat with Maulana Tariq Jameel.

While appealing to the public for donations in the Ehsaas Relief Telethon with PM Imran Khan, Maulana Tariq Jameel’s prayer speech attracted a lot of negative feedback. 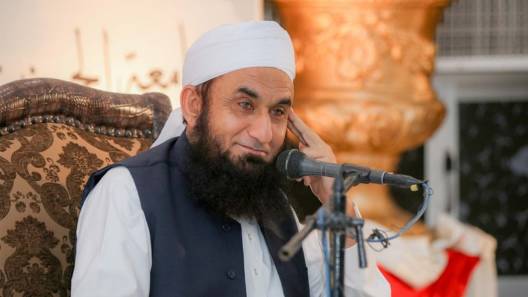 The prominent religious cleric, Maulana Tariq Jameel, had urged the Pakistani media to stop ‘lying’. The cleric also urged media houses to start presenting the ‘truth’ instead of lies. This, in return, stirred a storm in Pakistan’s journalistic community.

One of the biggest critics of Maulana’s remarks was veteran journalist Hamid Mir. He had urged the Maulana to reply and had made harsh remarks on his prayer speech. Verily, the Maulana did apologize live on tv – to Hamid Mir and other journalists of Pakistan.

Maulana Tariq Jameel said he had a tendency to speak a lot and sometimes his tongue slips. However, an old interview of Hamid Mir has now gone viral. In the video, while speaking to host Nawazish Ali, Hamid Mir’s remarks seem to be exactly the same as Maulana Tariq Jameel.

This automatically means that the other 90% of the time, the Pakistani media is lying. These were journalist Hamid Mir’s own words for his profession. So, isn’t this exactly what Maulana Tariq Jameel said?

Hamid Mir’s stance today and from a few years ago seem to be that of day and night. When a veteran like Mir criticizes his profession, it is okay. However, when a religious cleric such as Maulana Tariq Jameel says the exact same thing, he owes the fraternity a public apology? It sounds very hypocritic.

Even though Maulana Tariq Jameel knew he did not say anything wrong, the kind-hearted cleric still apologized. The reason?

He did not want to hurt the feelings of journalists such as Hamid Mir, who he truly respected. Since then, Maulana’s supporters have been demanding an apology from Hamdi Mir.

On the other hand, Hamid Mir left no opportunity to rub Maulana’s nose in the dirt on prime time tv. This shows the difference in the nature of the two, also their priorities.

This viral video is attracting a lot of attention and people have been calling out Hamid Mir for his blatant hypocrisy in this regard.