The episode of the week, pertaining to Maulana Tariq Jameel, sees no slowing down as of now. A couple of days back, Maulana Tariq Jameel had gone live on PM Imran Khan’s request. The show was aired for the Ehsaas Relief program, where the duo set up a telethon for donations.

During the course of the telethon, Maulana Tariq Jameel’s speech earned a lot of negative feedback. His two statements, one pertaining to Pakistani media and the other to ‘behaya women’ of our society, saw a lash back.

Keeping the latter statement apart, Maulana Tariq Jameel’s prayer speech which included negative comments about Pakistani media saw an outcry from the community. Leading journalists of the fraternity, namely Hamid Mir and Muhammad Malik made it known how angry Maulana Tariq’s speech had made them. 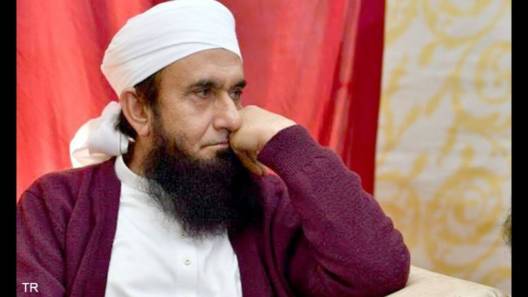 Maulana Tariq Jameel had claimed that the Pakistani media and journalists were very used to lying and did not present the truth. The next day, journalist Hamid Mir and others condemned the statement and demanded an apology.

However, he laid great emphasis on his apology, especially to Hamid Mir. Even after, Hamid Mir’s behavior did not change and he seemed very angry with the Maulana. Claims of how the Maulana was used to apologizing and getting away scot-free erupted as well. Many others think Tariq Jameel does not owe an apology to anyone.

Since then, supporters of Maulana Tariq Jameel have stormed social media and let it known that they are unhappy with how the cleric has been treated. One of Twitter’s top trends #HamidMirMafiMango sees people demanding an apology from Hamid Mir. Other than that, there has also been a call for a boycott against Hamid Mir, namely not watching his show and giving him TRPs.

TV Anchor and Senior journalist Imran Khan has taken Hamid Mir to the cleaners. He has exposed the hypocrisy of Media👇#HamidMirMafiMango #molanaTariqJameel pic.twitter.com/GI6B8KOlnq

#HamidMirMafiMango
This is the man who lies himself, takes bribes, top at the list of corruption and betrays the country. This bastard should only be boycotted, we should not forgive him. pic.twitter.com/XDOGtH0CnP

Blackmailers liars media blackmailed molana sahab as he spoke Truth about them so sad we don't deserve personalities like #WeLoveMolanaTariqJameel #HamidMirMafiMango pic.twitter.com/Au1kIkgXzq

You don't have sense Mr. Hamid Mir. It's better for you to make an apology to Molana Sahab in public or in live show. May Allah give u instruction🙂#HamidMirMafiMango #molanaTariqJameel pic.twitter.com/SbuBa2V7Mv

This filthy dog @HamidMirPAK is thinking that he won just by making Molana apologise. Well, guess what shit head.. You actually lost. Thanks to your stupid stunt, more and more Pakistanis have now realized your low standards of journalism. #HamidMirMafiMango pic.twitter.com/2xJI17pWxP

Constant namecalling, direct jabs, and personal remarks have long become the norm of social media. This aggressive behavior should not be supported, but then again, this is what freedom of speech is all about.

As of now, the Hamid Mir vs Maulana Tariq Jameel episode continues to thrive and gain attention on social media. Since Tariq Jameel’s apology, both quarters have remained silent. On the other hand, many women on social media are still seeking an apology from Tariq Jameel pertaining to his comments on ‘behaya women’ in the same telethon.