Last week, images of Islam’s holiest site, the Great Mosque of Mecca, empty and deserted of worshippers saddened and shocked shock across the world. Now some reports are being heard that the Saudi government is planning to cancel the biggest ritual of the Muslim World this year amid the coronavirus.

This year the hajj is expected to take place from July 28 to August 2. It gathers more than two-millions Muslims at a Holy site Kaaba.

Saudi Arabia reported its second coronavirus death and tightened a nationwide curfew on Wednesday, barring travel in and out of Riyadh, the capital, and the holy cities of Mecca and Madina, as well as movement between all provinces.

To deal with the rapidly spreading virus, the country has also suspended Umrah for some time. The Saudis initially temporarily stopped issuing Umrah visas for foreigners but then later also barred their own citizens from performing the pilgrimage.

Muslims fear that if the ban on the ritual continued for longer than initially thought, it may impact the annual hajj this year.

The Saudi government has already limited travel into the country after the novel coronavirus started spreading throughout the Middle East. The country also announced the closure of mosques and Friday prayers.

No official decision taken so far

The Saudi government says it has not decided whether the 2020 hajj will hold or not. Abdullah Ahmad Al Abdan, Saudi ambassador to Senegal said, “As at now Saudia Arabia has not decided to suspend this year’s hajj. But everyone should be ready to comply with any new decision that is made”. 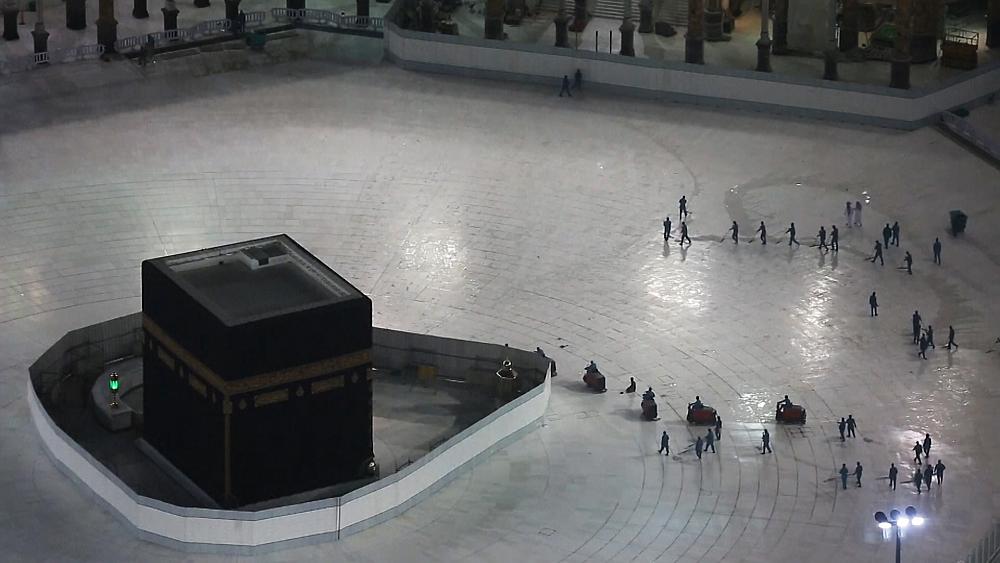 “This is so that people would not go into something that they won’t be able to face its consequences,” he added.

On the other hand, keeping in view the current situation around the globe, the Hajj Committee of India (HCI) has decided to stall the collection of the third installment, until it gets confirmation of the hajj by Saudi Arabia. The circular issued by the committee claimed that Saudi Arabia has not yet decided about the hajj 2020. It has asked the HCI not to make any new commitments for the same.

Moreover, Pakistan’s Minister for Religious Affairs and Interfaith Harmony Sahibzada Noor-ul-Haq Qadri strongly denied the rumors of halting hajj operations in the country as the confusion over it grows.

In a statement last week, he said there was no truth in the rumors that were making rounds on social media about the hajj. According to him, the hajj arrangements were continuing as per routine. Qadri said the Saudi government did advise for not inking final agreements with transport and hotel hiring.

It is expected that the Saudi government will make any cancellation announcement after consultation with the Muslim world. Therefore, rumors about suspending hajj are premature. Muslims can also only pray and hope that the coronavirus situation improves until the time of hajj.