Hailstorm Uplifts the Spirits of the Karachiites and the Pictures Are Simply Stunning! 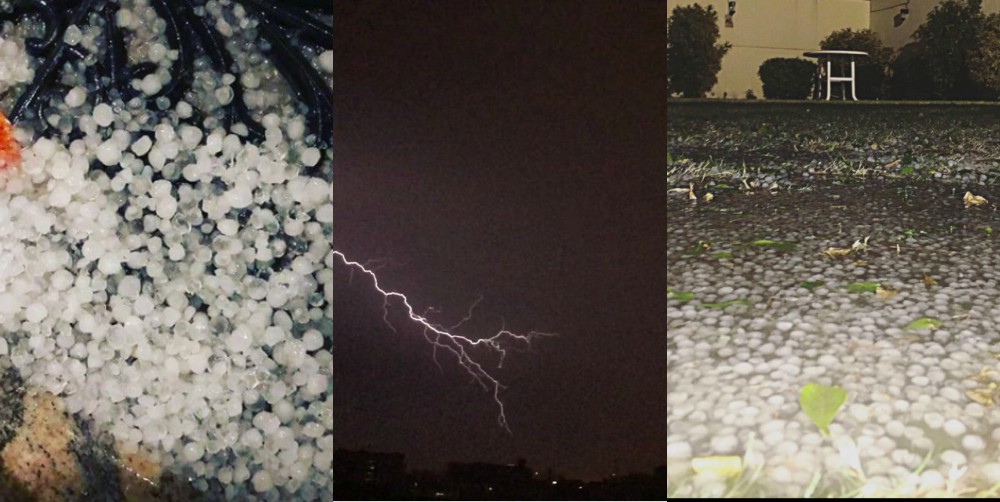 Ask a Karachiite how much they enjoy heavy showers, rain and they wouldn’t stop talking about it. Monday comes off with a bountiful surprise as Karachi experiences the first rain of winter. Not just rain, many parts of the city experienced hailstorm after ages. Last time this city experienced a hailstorm, most of us do not even remember when it happened. 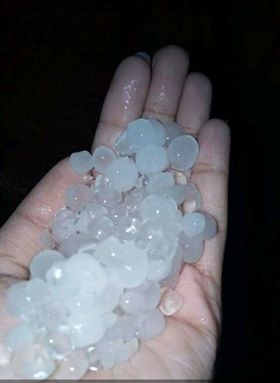 The city of Karachi does not experience rain often, to say the least, and which is why every time it rains, the spirit of Karachiites is unreal. An aura of excitement and glee takes up the whole city and as per tradition, people spend these joyful moments in different ways. Some scramble towards enjoying the weather shenanigans by heading out in the city have delightful rainy day snacks and of course, stuck in massive traffic jams and how can we forget the stagnant water everywhere?

This is what pretty much sums up a day of heavy of rainfall in Karachi – indeed, it can be a pain and pleasure, both. But on Monday, it came off a huge surprise; no one expected rain let alone a hailstorm!

Shortly after it started, the city that never sleeps uplifted with joy over rain and hailstorm

January is yet to come…

When it happened the last time?

It indeed happened ages, quite a surprise and moment of excitement for all of the people

Some pictures are stunning really

Yes, more and more people could have experienced had it happened during the day

I mean if there had to be a hailstorm, couldn't it be during the day, Karachi? So we could see it properly. #weirdweather

Now a hailstorm has started.

There was an early morning hailstorm in Karachi today! pic.twitter.com/qCysJOOdpS

Power's out because there's a hailstorm in Karachi after forever. When can we expect bijli back @KElectricPk ?

Many people also slept through the stunning hailstorm, talk about bad luck! Well, it was surely overwhelming to experience this surprising hailstorm in the city. Such moments rarely happens and we are glad that we got to witness once such beautiful weather in our lifetime.

Tell us how were you enjoying the stunning rain and hailstorm in Karachi?