Hafiz Saeed's Arrest is a 'Step Forward' For Pakistan, Says US Diplomat

Terrorism in Pakistan has been one of the gravest problems. Moreover, the country has fallen into an abyss of darkness, with its political parties allegedly promoting it through terror financing.

Justification Of Their Arrest!

US chief diplomat for South Asian affairs, Alice Wells shed led on the latter’s arrest saying that this could lead to a positive note. Moreover, with the chief inside the jail, the JuD organization won’t be involved in any more terror funding.

Hafiz Saeed who has been running the organization JuD used to finance terrorism from the massive funds. Allegedly, the funds were collected through non-profit organizations and trusts. Including Al-Anfaal Trust, Dawatul Irshad Trust, Muaz Bin Jabal Trust, etc. However, last year these organizations were banned by the Counter-Terrorism Department (CTD). Furthermore, detailed investigations pointed towards the shreds of evidence. The conclusion devised from that was, JuD being at the top for getting financed by these organizations.

Above all, the action on JuD was taken when the Paris based Financial Action Task Force, which had listed Pakistan on the grey-list. It warned Pakistan to take immediate action against terror funding organizations. Subsequently, the action of banning JuD and Falah-e-Insanyat Foundation (FIF) was taken. Consequently, over 100 activists of JeM, JuD, FIF and other organizations were arrested. Furthermore, over 200 seminars and assets under their possession were confiscated by the government.

Besides that, Saeed was labeled as a global terrorist by India and the US, due to his alleged ostensible role in the Mumbai attacks. 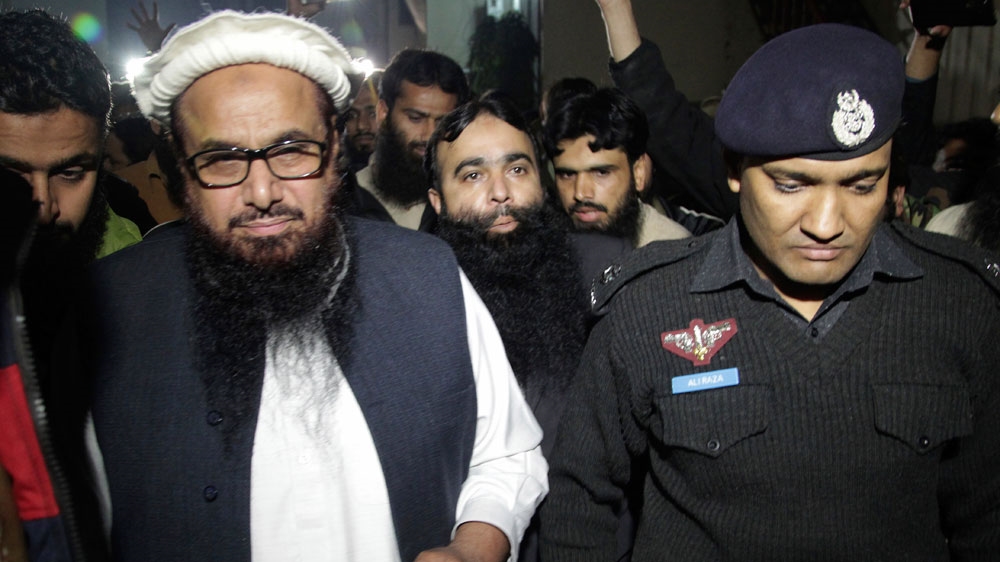 SCA’s Influence On The Matter!

Nonetheless, with the charge of two cases on the head, the Anti-Terrorism court convicted the latter to five-and-a-half-years of rigorous imprisonment (RI). However, the verdict was finalized by the FATF. Moreover, the Bureau of South and Central Asian Affairs tweeted regarding the matter: “Today’s conviction of Hafiz Saeed and his associate is an important step forward. Both toward holding the banned Lashkar-e-Taiba (LeT) accountable for its crimes and for Pakistan in meeting its international commitments to combat terrorist financing.”

Today’s conviction of Hafiz Saeed and his associate is an important step forward – both toward holding LeT accountable for its crimes, and for #Pakistan in meeting its international commitments to combat terrorist financing.

Subsequently, SCA also shed light on PM Imran Khan’s reply in their tweet: “As Prime Minister Imran Khan has said. It is in the interest of Pakistan’s future that it not allow non-state actors to operate from its soil.”

ATC Announcing The Statement Of Conviction!

Moreover, the judge observed the evidence presented by the prosecution. To which he gave his statement: “Careful scanning of Section 11-F (1) of ATA 1997. Reflects that a person is guilty of an offense if he belongs to a proscribed organization and it is not mentioned in the said section that the said membership is post-proscription or pre-proscription and in this case … it is established by the prosecution that accused Hafiz Mohammad Saeed and Malik Zafar Iqbal belong to proscribed organization [s] Jamaatud Dawa and Tanzeem Markaz Dawatul Irshad.”