17-Year-Old Hafiz Hunain Was Beaten To Death By His School Teacher In Lahore And We Want Justice!

Violence has no place in an institute that serves the purpose of enlightening minds with knowledge. However, schools in Pakistan carry a dark side where the teachers have been the instigators of sadistic brutality and violence; with young students as the receivers of their barbarity.

There have been several cases from all over Pakistan where teachers were recorded to mercilessly beat and physically abuse minor students including using them for chores. Another case of physical abuse leading to the death of the 17-year-old Hunain has rocked the entire nation to its core.

He was brutally beaten to death by his own teacher on not learning the lesson properly. 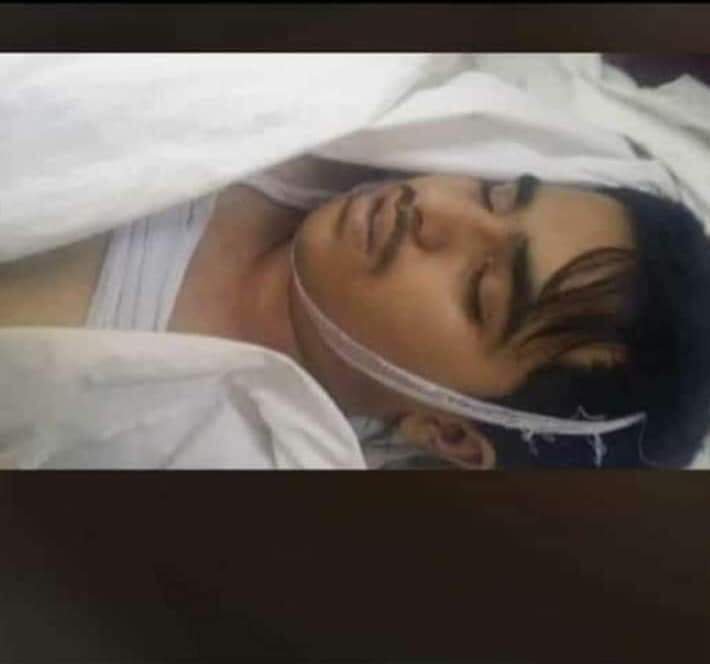 The horrific details of the ordeal that the poor 10th grader suffered are shocking and disturbing, to say the least. Belonging from a private school in Lahore, American Lycetuff school in Gulshan-i-Ravi area, Hunains’s teacher Kamran Hashmi struck the child with his knuckles, banged his head to the wall and repeatedly slapped and kicked him until the young child took his last breaths.

They revealed how this particular teacher usually beats his students and does so with full force leaving students fainted on the ground.

Hunain’s cousin took it to Twitter to raise her voice demanding justice.

Hunain’s friends tried to stop the teacher when it got out of control but by that time they could get ahold of the teacher, he was out of breath.The teacher brutally slapped him more than once across the face and when he fell on the floor

Clearly struggling to even breath after taking such violent beating, his screams were met with cynicism from the monster under the guise of a teacher claiming that the bruised Hunain was acting. Dragged him to the principle’s office where he took his last breath.

the teacher claimed that Hanan(the victim) was only acting and that in actual he was okay. He screamed, cried for help and told the teacher to leave him alone as he couldn’t breathe. The teacher then dragged him to the principals office when he was on his last breath and died

An FIR has been registered and strict action will be taken against the teacher, the school and all of the chains of American Lycetuff school.

Dr. Murad, Minister for School Education has assured the family and Pakistan that he will make sure the culprit including the enablers of such level of barbarity and that too on students will be brought to justice.

Minister for School Education @DrMuradPTI took notice of the tragic demise of a 9th class student due to corporal punishment in a private school in Lahore. FIR has been registered against the teacher and also against the School Management.@GOPunjabPK pic.twitter.com/rbHzzEBPv5

These private schools have not only become money minting businesses making millions out of the ridiculously high school fee they have been charging parents and now have become the modern thugs inflicting extreme punishments mostly involving physical torture on their students leading to deaths.

There is a wave of rage and anger that has taken over Pakistani Twitter and hopefully, this case will lead to the authorities to investigate all of the private schools in Pakistan.

This was murder and sadly at the hands of a teacher that has one of the most dignified responsibilities on their shoulders. If the authorities do not start a nation-wide crackdown on such schools, there will be more innocent Hunains tortured to death.

One cannot even imagine the pain his parents must be going through. Kamran Hashmi should be served with the harshest punishment that Pakistani Law allows.

Have anything to add? Let us know in the comment section below!

Rahma Ali Accuses Her Step Mother Of Taking Away Abid Ali’s Body And This Is Heart Breaking!
Massive Budget Deficit: IMF Is Sending SOS Mission To Pakistan
To Top