In this past month, Pakistani’s could only talk about Sharmeen Obaid’s harassment controversy. By now, every Pakistani is aware of what happened.

Sharmeen’s Sister Went to the Emergency of Aga Khan University Hospital, Karachi to Get Herself Treated

She then received a friends’ request from the doctor who treated her. Sharmeen raised this unethical matter on her social media and called it ‘harassment’. This one word alone led to debates all over social media, where Pakistanis spoke on how calling a mere request cannot be called harassment.

The Doctor from AKU Hospital was Also Fired 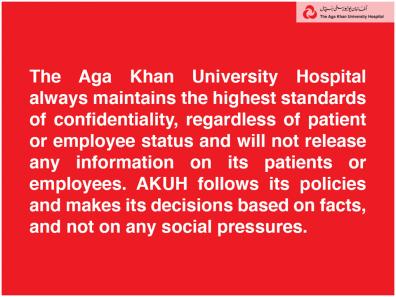 It was also shared that the doctor was already under-observation by the medical facility as he showed unethical behavior previously as well.

Just Today, Sharmeen Released a Statement Regarding her Harassment Notion and Clarified her Stance

She stated the doctor even left comments on her sister’s pictures and sent her a request. More importantly, it reveals how after examining the patient, after conducting medical procedures on her, he stalks her out on Facebook accessing the medical records to see her name.

All of this Situation Turned Out to be a Joke in the Eyes of Pakistanis!

They were seen making marketing jokes/tactics about it, mocking the situation and even dragged Sharmeen’s sister in the mess by commenting on her face and dressing.

All of this got worse when today, Sharmeen Obaid’s website was hacked. The hacker left a hilarious message on the website. 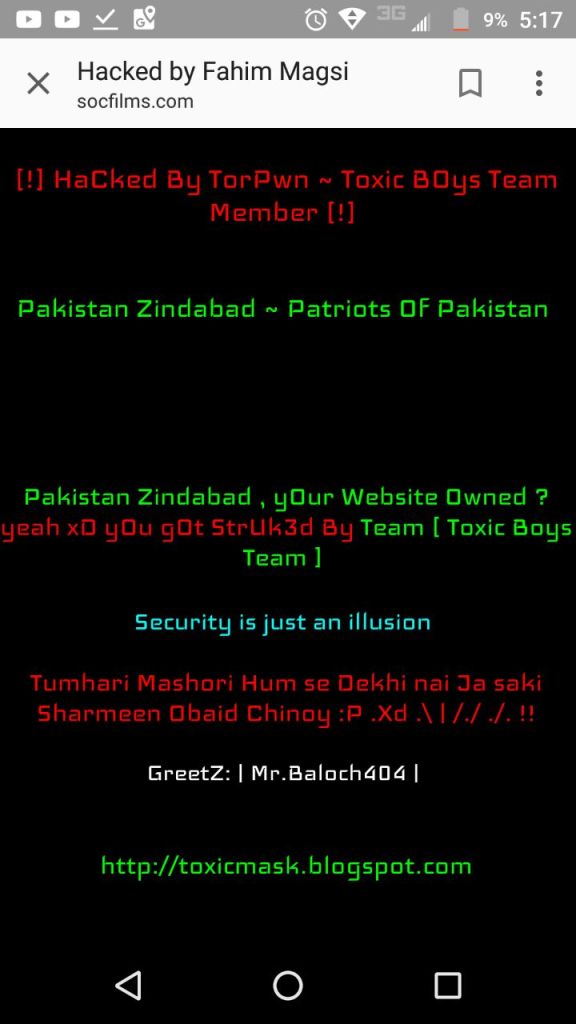 The website currently remains unavailable as well, while showing an error.

The matter has been taken extremely out of proportion, while Sharmeen continues being firm on the fact that she will never maintain silence over situations that compromise the safety of women.

Sharmeen has yet to address the matter of her website being hacked.