These Pakistani Men From A Tribal Area Are Breaking The Internet

Getting viral and becoming a trend on social media is something people are growing eager about. Head to the social networks you use and there is always a chance of coming across things that are going viral and trends that are buzzing all over the internet. Having that said, we have some Pakistanis who are doing the same! 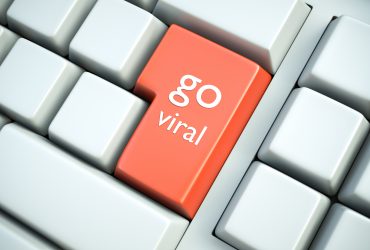 2017 so far has been pretty engaging. We have seen many things setting trends and racking up a mileage beyond all expectations. Even the stupidest of things can go viral in seconds. It does not matter how much substance a particular thing holds; if people are inadvertently going crazy about it, it goes viral.

You thought only Kim Kardashian could break the internet while others could just sit there and watch? We have some people from our rural areas in Pakistan to follow suit.

Yes, a video of some men of a Pakistani tribal area seen making musical instruments out of their labor equipment. Yes, it’s true, they are the latest to join the bandwagon of going viral on the world wide web.

Have a look yourself… This might lighten up your mood!

It looks like some men out of their busy laboring lives decided to do things differently, make people amused and ultimately go viral on the Internet.

These people have some lively spirits! Take a look at their effort of combining their pieces of equipment and making up instruments models with somewhat perfection. Indeed, they seem to have sound knowledge about musical instruments as well as the moves a lead singer, drummer and guitarist would make. 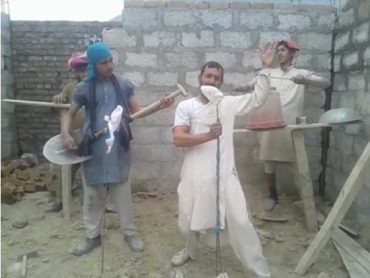 This guy on the mic is really killing it!

All smiles on their faces as they so confidently dance around. How did they even agree to do this?

Look at their expressions, they look like they’re performing at a concert hall before a mammoth crowd! 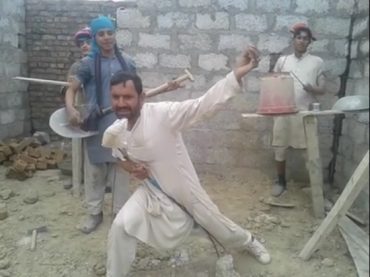 I think these guys remarkably set an example that one should never lose the element of making life amusing out of anything. It is seriously enjoyable to watch them and they have quite a sense of humor, I must add.

People cannot stop sharing their video and appreciate these guys effort of doing something seriously amusing to watch.

Somebody find these guys and tell them we loved their video and they have done a superb job making people laugh and putting a broad smile on our faces!

These Karachi Girls Beat The Guy In Public Who Molested One Of Them On Tariq Road
The Struggle Stories Of These Pakistani Entertainers Is The Only Dose Of Motivation You Need!
To Top