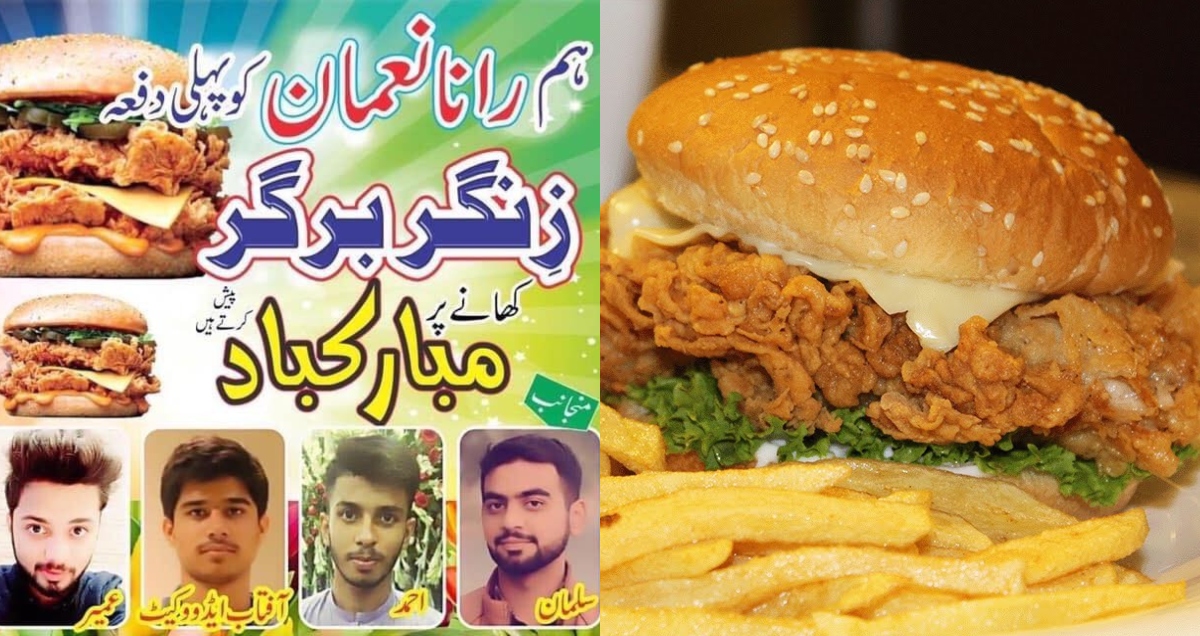 Having a true and sincere friend is actually a blessing and apparently, the internet is filled with such great examples. Normally, we have seen friends celebrating each other’s life achievements and success but recently, the friendship bar was taken to another level. Apparently, a group of Pakistani boys congratulated their friends along with a poster on having his life’s first ‘Zinger Burger’.

These guys congratulating their friend on his first ‘Zinger Burger’ is downright hilarious!

Yes, you read that right, after all, food is the ultimate goal of life and this lucky person was able to experience it. Previously, a similar story of a 9th grader became an entertaining subject online after his friends threw him a party on scoring low marks. However, this time, six friends from Pakistan celebrating their friend’s first ‘Zinger Burger’ and it is downright hilarious.

Check out the poster created for the ‘Zinger’ boy!

Displaying their strong bond and hilarious approach created a picturesque poster to honor the big achievement. With pictures of all six friends at the bottom and the lucky friend’s image beside a zinger burger at the top, the poster said it all. The names of friends as per the post are Salman, Ahmed, Aftab Advocate, Umair, Fahim, and Usama while Rana Nauman was the star of the night.

What friends are actually for!

Apparently, there are people like Rana Nauman who got true friends in this cruel world ready to support. Well, coming back to the congratulatory post, it didn’t just end on pictures but the hilarious caption written on it is the cherry on top. Congratulating the ‘zinger’ boy, the caption read, ”Hum Rana Nauman ko pehli dafa burger khanay par mubarakbad paish kartay hain”. 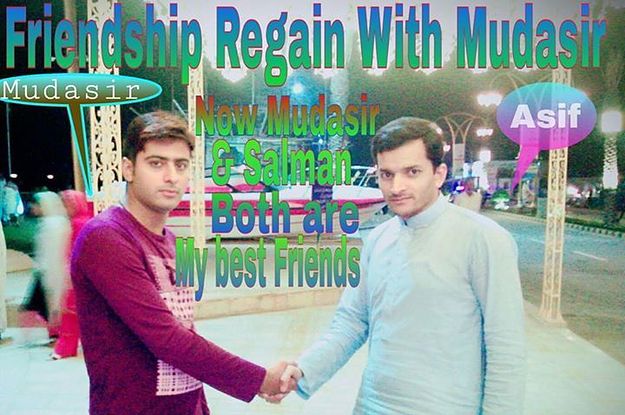 Well, it isn’t the first time such examples of friendship have emerged online as Pakistanis are ‘yaaron ke yaar’. Previously, a guy named Asif entered into the online meme world after announcing his break up from his best friend. Since the evolution of the hysteric ides ‘memes’, the digital world has experienced a boost in the manner of entertainment.

Anyways, it came to notice that the viral friendship guy Asif has now got a best friend from the US. Announcing his new relation, the ‘viral friendship guy’ returned to the internet with the bracelet given by his Indian best friend. However, sometimes it does come to mind that how the advancing technological world is gradually taking over human lives.

5 Next-Level Things We Saw At Karachi’s SoulFest 2020!
India Will Not Play Asia Cup 2020 If Pakistan Hosts It!
To Top