This Guy Went To Katas Raj Temples And What He Saw

Recently, Umayr Masud went to Katas Raj Temples and what he saw there not only breaks the hearts of traveling fanatics but also of Pakistanis who care about the local heritage. 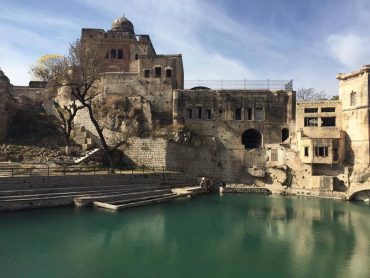 Here’s what Umayr said regarding what he saw:

Went to visit Katas Raj today, a dear friend had planned to photograph the temple for his book . The idea was to catch the perfect light to get the temple and the pond in all its glory. What we saw was shocking, what we got to know was worse. The Bestway Cement Factory in the background did some bores to get water for the factory, as factories go there are 3 in the area and it seems they’ve dug deep inside and destroyed the water table. 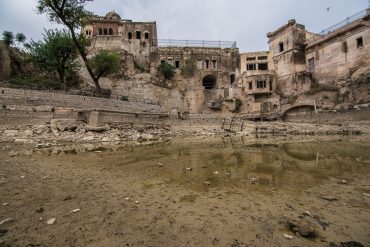 Katas Raj’s beautiful pond has dried down because the stream that used to fill it up is almost finished/gone. Interestingly, this happened almost a month back, no one got to know . The hindu community considers the pond to be of sacred water and this did raise alarm, they have tried to contact people in the government and the factory to stop this. From the looks of it the factory is chugging along and they’d probably make a CSR project out of this to fill it up with a pipe while they hog the source. It is indeed depressing.

The location comes with a rich history – it is a Hindu temple complex which lies in the Chakwal District, Punjab and was built in dedication to Hindu Lord Shiva. According to the fossils discovered from the site, the temples were built around 6000-7000 BC.

Just in a course of few days, the temple has lost its appeal! For industrial purposes of a local cement factory, the water of the pond dried up and the government did not take any actions. It was announced by the government that the restoration work of the temples will begin in the year 2017, but what we see is nothing, but devastating sites.

Read Also: This Is How Pakistan Has Proudly Protected Its Non-Muslim Heritage Sites Since Inception!

Saad Saleem – The Man Who Claimed To Provide Free Education Has Been Exposed
Fawad Khan’s Efforts to Save Victims Of An Accident Gives Us Hope About Humanity Among The Elites!
To Top