This Guy Takes A Ride In Careem And Discovers Something Astonishing!

This article was originally submitted by an Anonymous contributor

Just recently, I booked a Careem Go mini ride from my workplace towards home.

As soon as the booking reference number was received, as usual, I called the Careem captain asking, “where are you?” He answered the call and as I was talking to him in English, he replied to me in the same language; surely better than mine. Once he arrived and we started our journey, we had a regular chat throughout the ride.

I came to know that the guy was a marine engineer; graduated from the UK, and driving Careem because he didn’t get any job.

He told me that he has been waiting to join the ship for 7 months now but there has been nothing so far. He said he was falling towards depression while sitting at home hence he ended up doing some work. 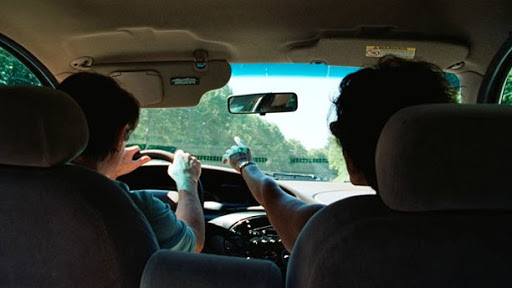 Furthermore, I asked him why he came back and he said, “bhai aik misal hai shayad suni ho ‘dor ke dhol suhane;’ the life you get in Pakistan is way better than anywhere in this world. Udher jao tou lagega pata. I won’t say I’m absolutely right, it’s just my opinion. It can vary from person to person lekin ye fact hai; life in Pakistan is surely more overwhelming.”

He was such an open-minded person! On asking, “how do you feel about it, like graduating from the UK and ending up in Careem?” He answered my question with a smile on his face, saying, “halal hai na, bass kaafi hai.”

I would like to request all of you as well to pray for him. Allah uski mushkilaat ko dur kare. Ameen!

Dua-e-Reem: A Song That Highlights The Importance Of Marriage Roles!
Women Take To The Streets As Pakistan Celebrates Historic Aurat March
To Top