This Guy Conducted a Social Experiment at Diplo’s Concert in Islamabad and the Results were Absolutely Disappointing! 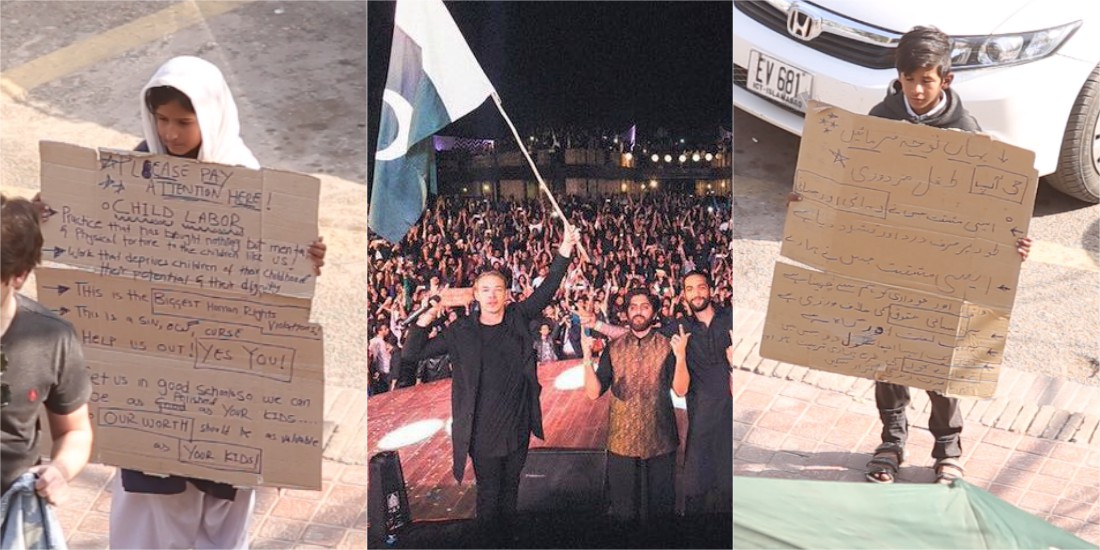 Ah, Pakistan. You’ve done it again. You’ve proven that money, status, and hypocrisy will always trump basic human decency – bravo! I assume you’re not really surprised, but perhaps slightly confused, at my bold assumption. That’s quite alright, for I’ll certainly elaborate. Now, where shall I begin?

It was the night of February 3rd in the city of Islamabad, and the artist, Diplo, was going to be in concert. This musical production was happening to help fund the #JusticeForZainab campaign, at 6,000 PKR a pop. Who is Zainab you ask? A young girl that was kidnapped, raped, murdered, and left to rot in a dumpster for several days before she was found. Now, don’t get me wrong, this campaign should be funded, every child atrocity should be accounted for and aided to the best of our abilities. However, we must also remember to acquire justice for the living! What am I talking about? Oh, you’ll see. 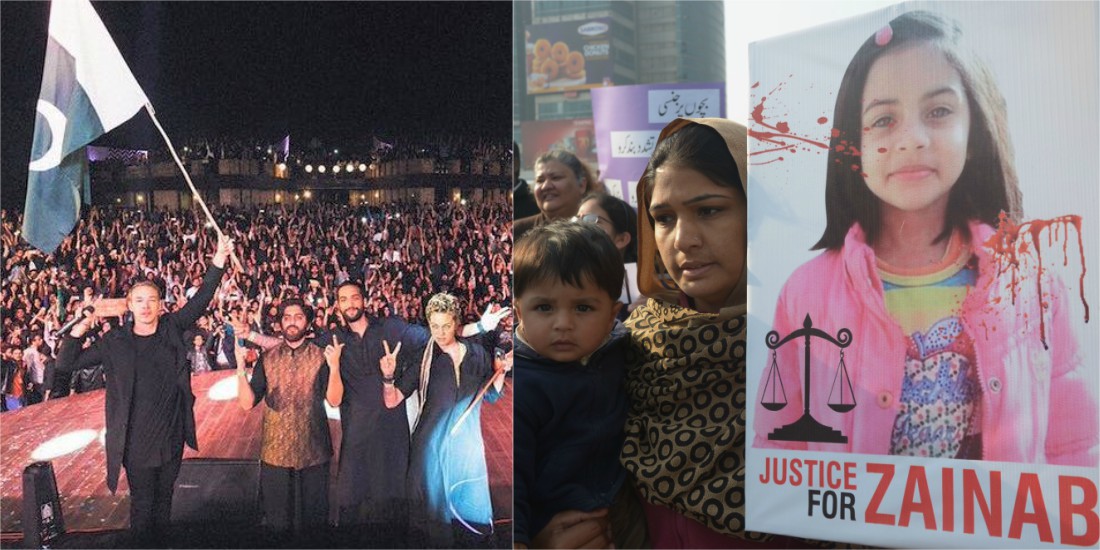 In the morning of that same Saturday, a small social experiment was conducted to test the true generosity of Isloo’s posh population. Arash Visuals is currently working on a documentary addressing the issue of child labor. Therefore, they decided to have a couple of their young subjects stand in Khosar Market with signs displaying statistics of the underaged workforce.

The location was selected since many of the elite concert goers would be spending their day shopping and preparing for their evening in this specific area. The study was administered to see if citizens were as giving as they claimed to be. What was the result you ask? Just as suspected, little to no attention was given to the sad, distressed youth, and a half days’ worth of standing generated no compassion, empathy, or charity.

Of course, this isn’t a comparison between how much should be donated for Zainab and how much for the working children, no, this is a wakeup call for the seemingly generous of this nation. Yes, I’m talking to you. You are being selfishly and selectively benevolent. What makes me think so? Well, firstly, you were able to ignore kids holding posters that screamed for help, showing the needy that you didn’t have anything to spare for them, and yet, simultaneously, you were able to spend six thousand rupees for a ticket to a performance. 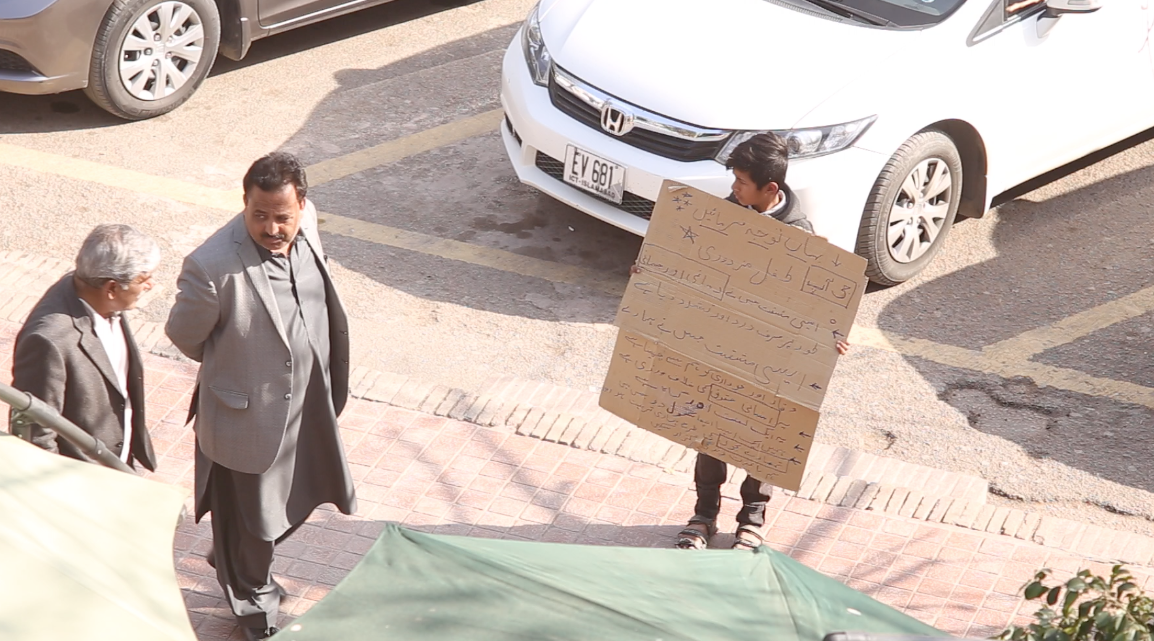 Yes, the concert profits were going to be forwarded to a cause, but you, the people of Isloo, weren’t aware of that until later. You went for your own entertainment. 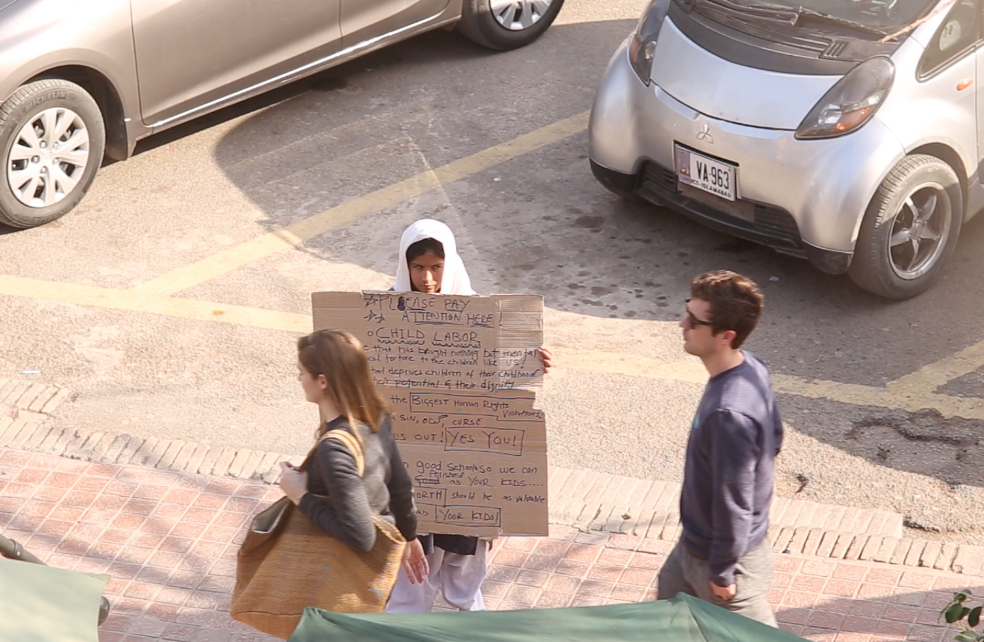 Perhaps, if you went solely for fun, without any regard to others, we wouldn’t call you out on your false virtue, but rather just on your frugality. However, when you later found out that Diplo was assisting the Zainab campaign, you became overnight philanthropists! I mean, hey, if you can spend a little money, go to a musical extravaganza, have a grand ole time, and say you’re supporting a very popular cause, thereby making yourself look like noble saints, then why not right? Slow clap for being able to have your cake and eat it too.

This is exactly where the problem lies, ladies and gentlemen. Society. Reputation. What will people think of me? How can I look like a good person? Thoughts like these should not be the primary focus when trying to serve others; they display a distorted sense of piousness and blatant self-absorption. Instead, donate because you care, sacrifice because you want to, be generous from the heart. Contribute to the kindness, not conspiracy, and support with authenticity. Don’t put on a show for the world to like you, rather, be genuine so that you can better yourself, and be grateful for your blessings.

Read Post: After Diplo, Eminem To Perform In Pakistan !

According to Islam, Here’s What it Says about Palmistry and Astrology
This Mosque in Karachi has Now Made it to the List of Karachi’s Most Beautiful Mosques!
To Top