This Guy Proposed a Girl on Valentine's Day in Islamabad in the Cutest Way Possible! 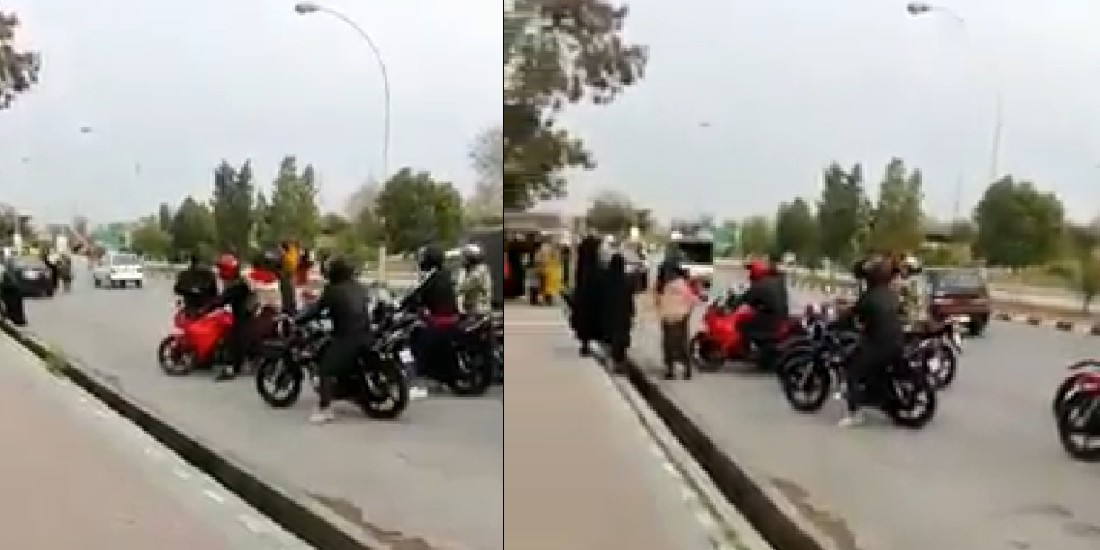 Yesterday, on Valentine’s day, all the loners were strictly prohibited from going outside so they could save themselves from breaking their heart. It was a day for all the lovey-dovey couples to celebrate the love they have for each other. While a month ago, many singles girls were on a hunt of having an eligible bachelor so at least this February, they wouldn’t lock themselves up at home and bury their face in the pile of work. However, it seems like for most people, this year was same as the previous one. A free advice for the singles: Refrain yourself from looking at your social media as it is full of chocolates, balloons, cakes, dates and red dresses.

Now, for the taken ones, huehuehue! All over Facebook, Instagram, Snapchat, WhatsApp and so on, were beeling red out of love. People who celebrated at home ordered their loved one’s favorite food. Long-distance couples had a virtual date. Some attended a big event or a concert. Others only tagged each other in memes spending quality time on the internet. But here are some who started their love story on the very day, with all the swag you can think of. A guy in Islamabad proposed a girl in the most badass way out in the open of International Islamic University, today. Ironic right? The girls who recorded the video of the act were melting down to see this.

Boy proposed a girl right in the middle of International Islamic University Today.

Posted by Islamabad We Love You on Wednesday, February 14, 2018

Celebrating Valentine’s was banned all over Pakistan but you just can’t stop the love from spreading or fulfilling and evolving. Just look at the bikes and roars of girls drooling over the act. If you hear closely, you could hear the girls behind the camera saying how the girl is so lucky to be proposed this way.

A love story just began! This guy proposed her with a bouquet of flowers and took her away on his heavy bike. *dreaamszz*. And for guys,  don’t be disheartened if don’t have a heavy bike! If they love you, anything you do with your heart will be magical! Here’s what you can do: Send them handwritten notes because texts are too cliched. Watch a movie together or play a video game. If the guy is a gamer, he’ll have the best time for sure! Otherwise, anything in surprise will do wonders. Believe it or not, no matter how indifferent people try to be on Valentine’s Day; almost everyone expects a little surprise! From balloons to chocolates to flowers, anything can work any day, not just Valentine’s. Try it and tell us. 😉