The Guy Designed the Most Beautiful Nikkah-nama for His Sister and the Internet Loves It!

Marriage is a keen affair for most people in our culture. People tend to take even the minute details on a very special note. With that being said, we just came across an incredible story of a guy who designed the Nikkah-nama of his own sister.

He goes by the name, Umar Shahzad, and he happens to be a senior Graphic Designer at Fusion Design Group in Markham, Ontario, Canada. The beautiful gesture shot to immense popularity on social media and people continue to admire it for all the right reasons. 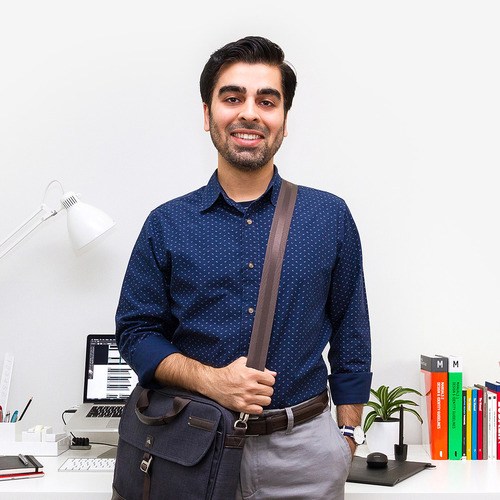 A background to this story entails the fact that Umar hails from a family of artists. He is always on the look for giving minute things in life a touch of art, which we find pretty incredible. So, pictures of the Nikkah-nama in question here have circulated on social media; have a look yourself: 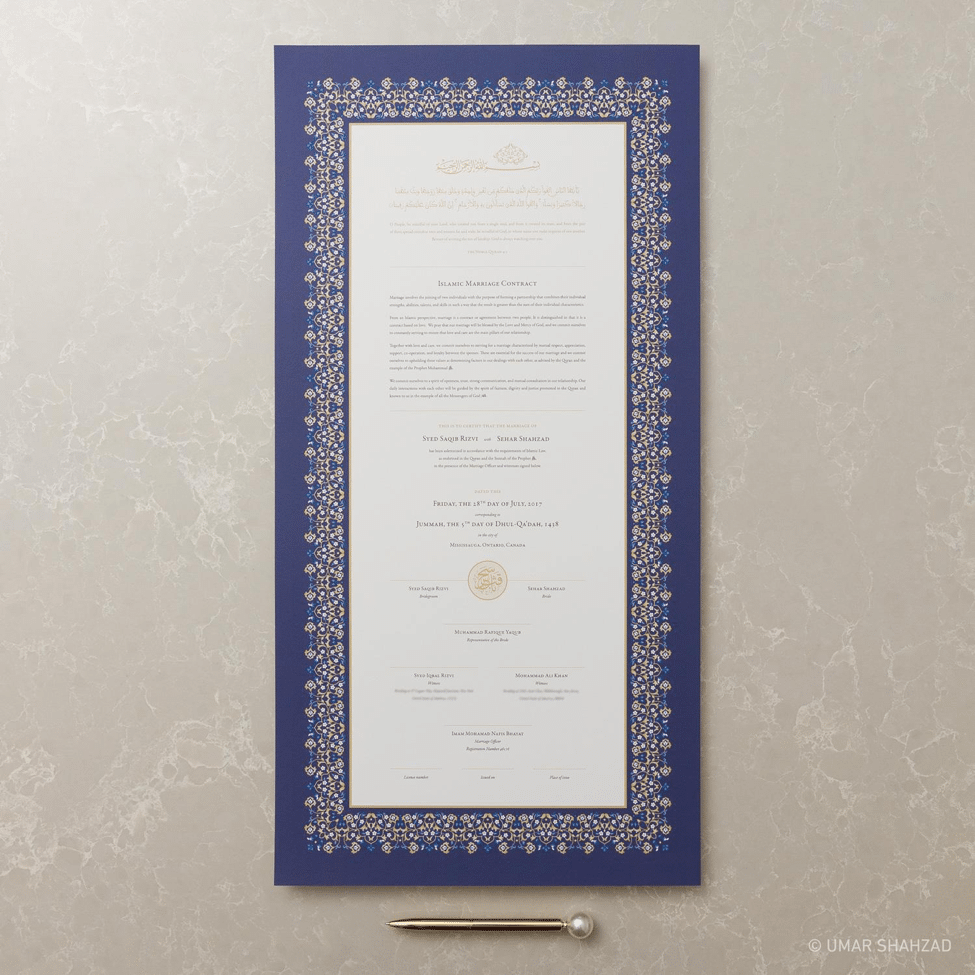 He decided to design the Nikkah-nama himself because he did not want those boring, meekly designed, a piece of paper having only two colors. 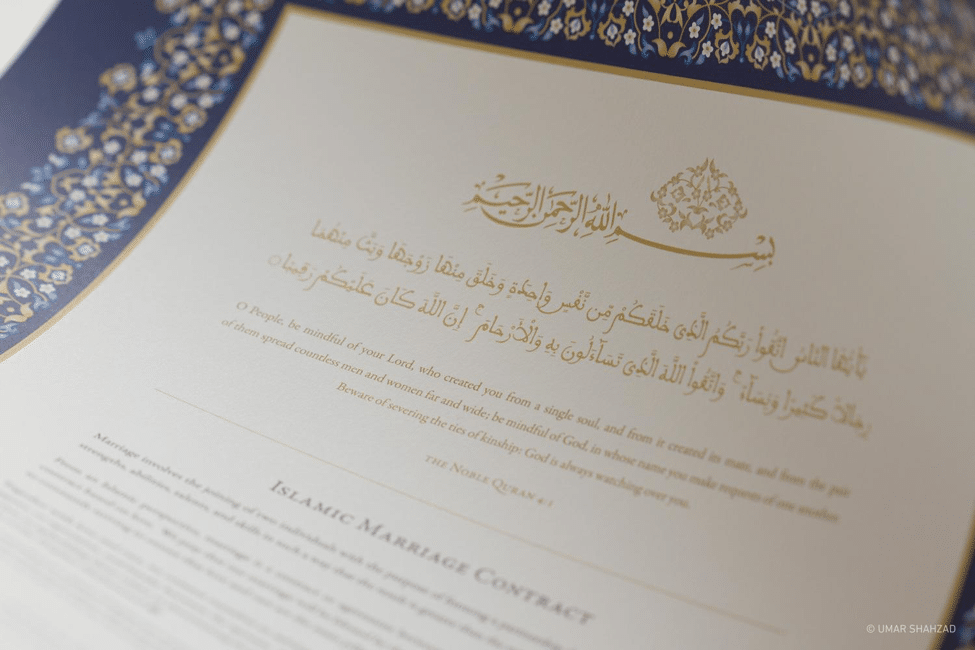 He scrambled towards making it specially designed for her sister and my word, it downright reflects the love for his sister. 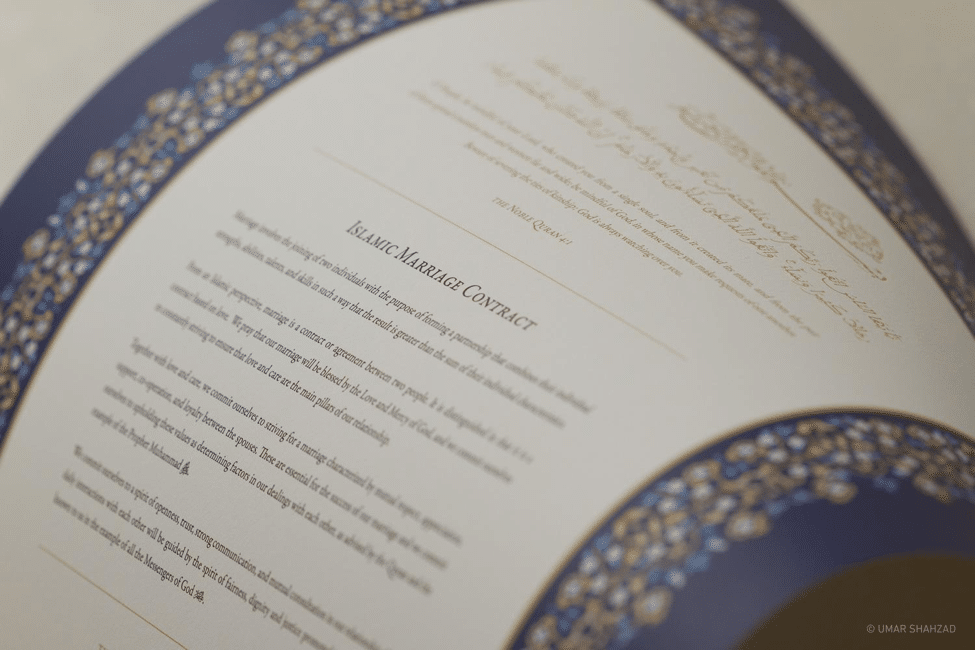 Such a simple yet elegantly crafted design. It speaks volume of the creative quotient Umar has as an artist! 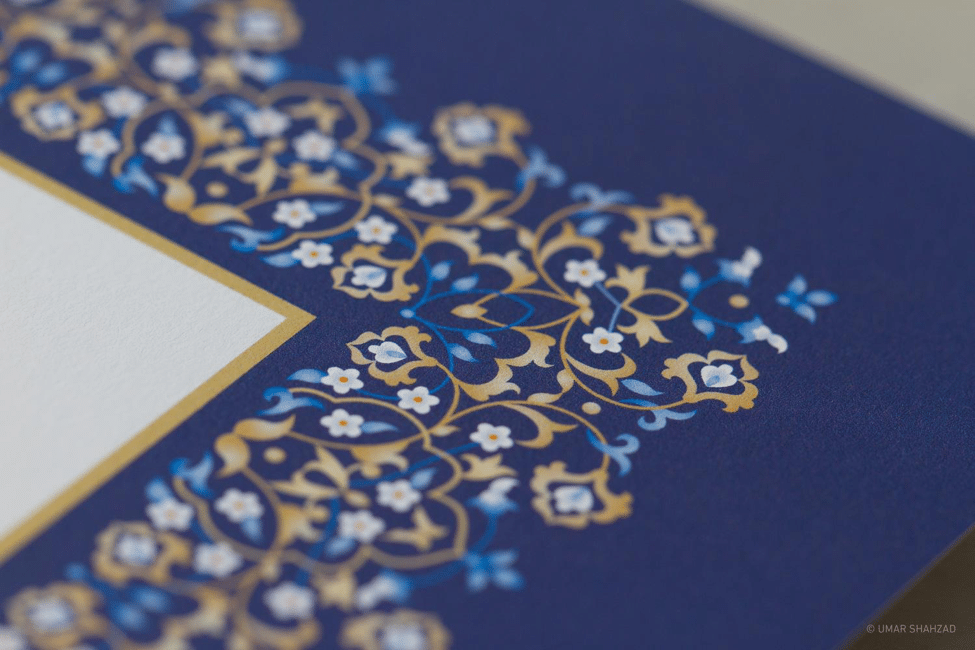 And guess what, this Arabic calligraphy of names is all done by Umar’s sister, the bride. Since she’s a calligrapher, Umar decided to enlist her for the particular job and we must mention that it looks absolutely stunning! Both the husband and wife’s names are written in a circular medallion. 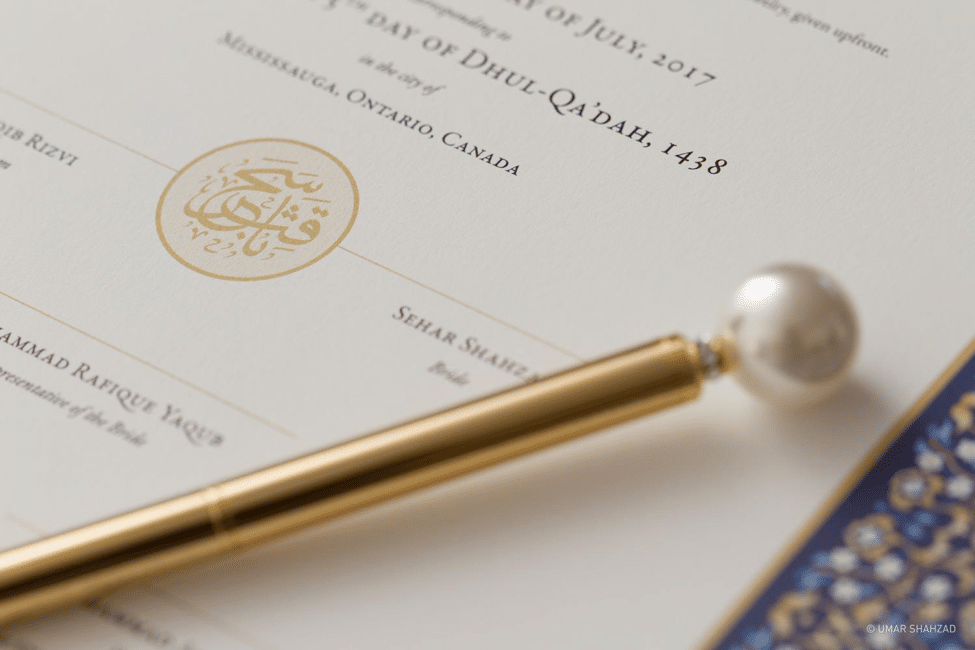 Umar sought help from the relevant religious authorities. He went to the Imam at his mosque to gather necessary information. 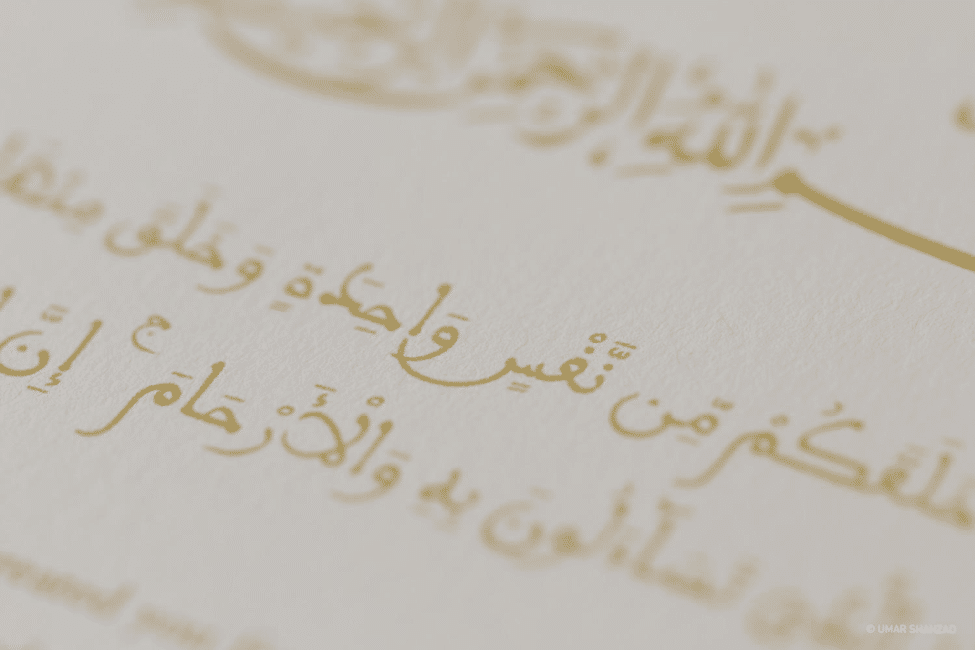 After making sure he has got all the relevant information, he went on designing this beautiful document. 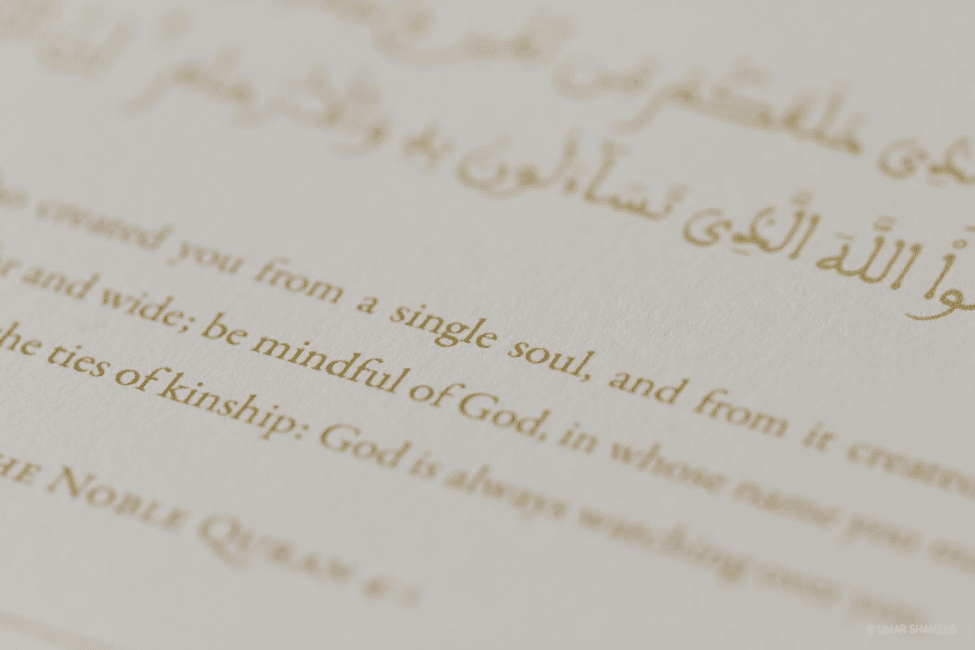 Must mention, these pictures are brilliant. Shout out to whoever took these photographs! 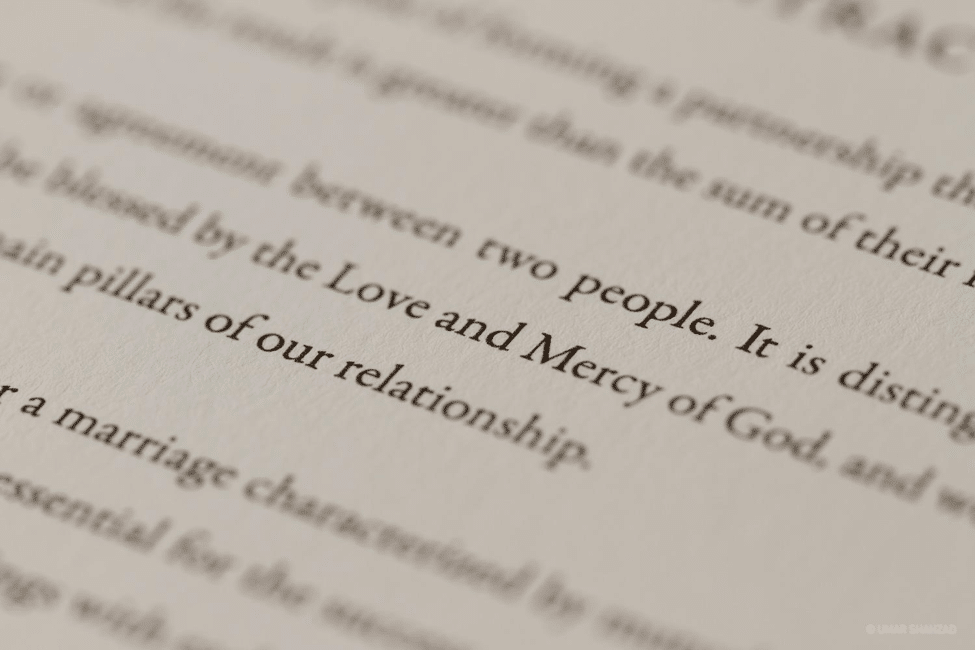 The most interesting thing is that this design of the Nikkah-nama was not revealed to his sister at all until her wedding day. We find it absolutely beautiful how some people value such minute details and turn them into a bundle of joy and happiness for the other person.

Shortly after these pictures took over social media, people were amazed by it. I am sure whoever reading this article and soon getting married would want to have their Nikkah-namas designed in the same way.

Read Also: Here Are The Popular Beliefs About Nikah-E-Halala That Aren’t True