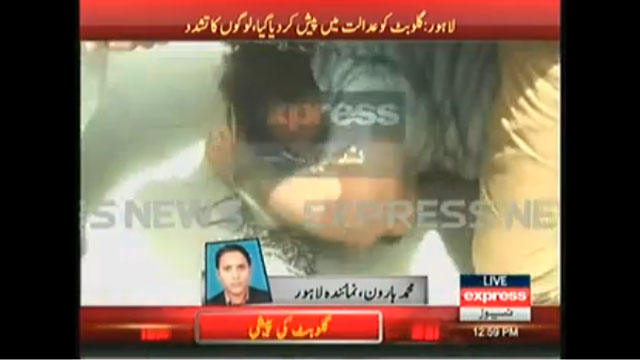 Shahid Butt Aka Gullu Butt identified as a supporter of the leading Political Part of Pakistan The Pakistan Muslim League (Nawaz) aka PML (N) started trashing cars in Model Town few days back leading to his pictures and videos storming almost every Pakistani on Social Media.

Regardless it was Facebook, Twitter or Google itself everyone started searching for “Gullu Butt” and his name got searched over 200k times in Google in the past few days.

Gullu Butt raided the local supporters of Pakistan Awami Tehreek leading the group of police officials to attack the supporters as a strong individual displaying political connections and strongly connected in the Security Forces.

After scanning through his Facebook page it was reveled that Mr. Shahid Butt aka Gullu Butt facesÂ Self-Admiration Psychological Problem. His fascination with expressing himself as a tough guy is clearly visible in his Facebook Profile.

His posted Pictures display him Â posing with Swords and guns combined with a unique fashion Style. Gullu Butt is a complete Diva when it comes to having a psychotic Facebook Profile.

Little that Gullu knew a mob of angry people and Lawyers launched a public beating outside the Court in Lahore. The police officials seemed helpless against the angry locals.

Gullu Butt was pretty badly beaten and was then taken away in a Rikshaw to the Hospital. His medical condition is not critical but Gullu Butt is suffering from serious concussions and couple of fractures.