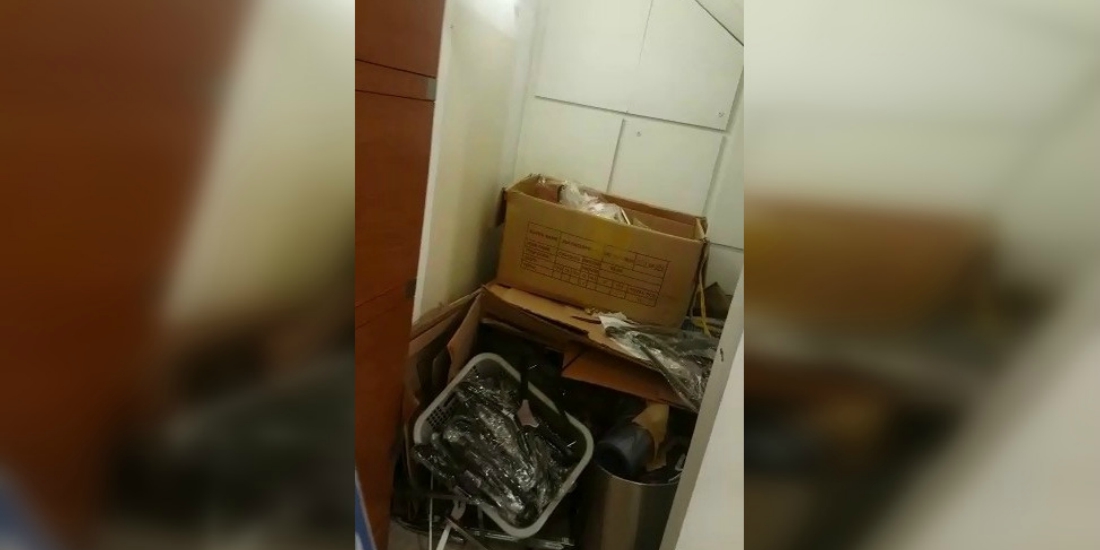 On 20th February 2018, Sasha Scheherzade reported an incident that took place in the changing rooms of Gul Ahmed at their branch near Ocean Mall, Karachi. Sasha shared her experience in detail and took it to social media as she was in utter shock. The recent rise of these incidents involving such big names; have left customers giving up on them. What else would a customer do?

However, for Sasha, speaking up was the best thing she did as social media has become a very powerful tool. It’s truly sad to see how brands are now focusing on just making money and forgetting how there was a thing called “standards” by which many had known them for. Yeah, it is indeed tough to maintain it.

This is what Sasha shared on her profile…

The incident has truly left everyone in a state of shock. Yes, everyone. This goes for men too. This wasn’t the first incident that has surfaced the internet but just a few days ago, a similar incident happened with a guy that too at a very renowned brand.

A guy later went to the outlet and recorded the situation of the changing rooms. And to his surprise, this is what he found:

When Gul Ahmed came to know about this, they sent out a heartfelt apologetic note to Sasha on their official Facebook page.

On behalf of Gul Ahmed Ideas we would like to sincerely apologise to Ms Sasha Scheherzade on the inexcusable incident that took place in our Clifton Store yesterday, 20th February 2018. We truly regret that you had to face such an ordeal at our store which resulted in causing you such anxiety, stress and anguish.

We have no words to express our sorrow however we will take all the measures necessary to ensure that nothing like this happens again to anyone that visits our establishment. This has come as a shock to the whole team and regretfully a person’s indiscretion has caused you such distress. We stand on the belief of giving the very best to whoever walks through the doors of our stores. The foundation of GulAhmed Ideas rises from the vision of providing not only quality but an environment which is family oriented and focused on customer care. “Women are the bedrock of our brand as we serve them from all walks of life including professionals, homemakers to students both young and old.”

We are reinforcing our protocols in place for customer security and have already taken strict action against the people we feel are responsible for this ordeal and assure you that such an incident will not be repeated in the premises of any Ideas Store ever again.

We at Gul Ahmed Ideas take the security of our customers especially women very seriously and we hope the measures mentioned above will reassure you that our intention is to rectify the problem.
We once again apologise for the emotional distress caused from our end.

The team at Gul Ahmed Ideas.

This needs to be taken seriously and every other clothing outlet needs to check up on their changing rooms on a regular basis. In the past, some have claimed to not know anything about the incident and took no responsibility. However, in this case, Gul Ahmed has shown extreme professionalism and handled the situation in a mature manner. Good going!