Can You Guess the Actor Who Will be Seen Dressed as a Woman In this Telefilm? 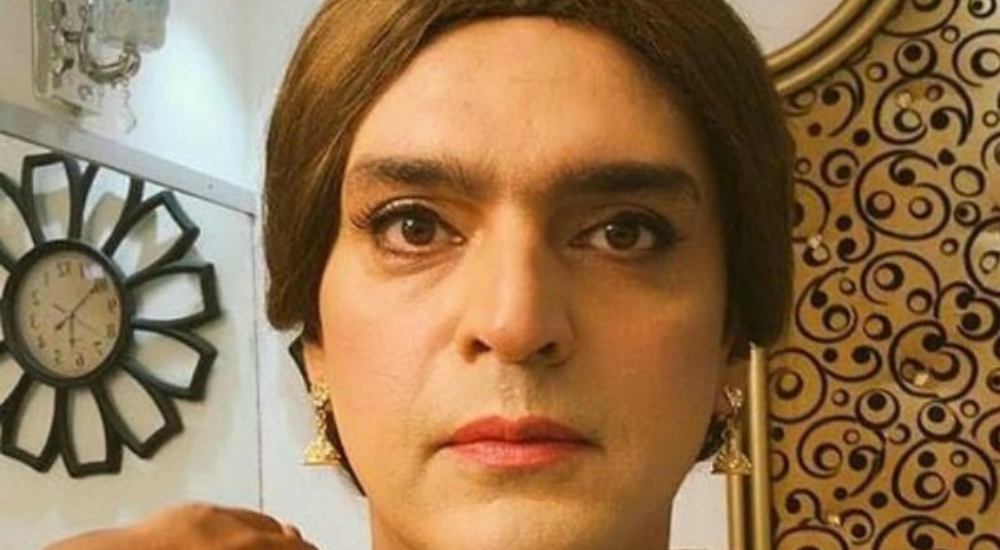 When you talk about Pakistani talent, there is no doubt that we have some great personalities around us who have surely made the whole nation proud with their incredible efforts that can be clearly seen everywhere. Having said that, Fakhr-e-Alam, a Pakistani actor, and singer who is considered a Pioneer of Rap/Bhangra music is up to something exciting! Want to find out? Keep reading!

According to sources, Fakhre-e-Alam will soon be seen in a telefilm J.I.T (Jimmy Immy Timmy) directed by Faisal Khan which will be released this Eid and the film is said to be outrageously hilarious with a comedy script. It all started when Fakhr uploaded a picture of him dressed as a woman on his Instagram which certainly raised a lot of questions and to its response, here’s what Fakhr-e-Alam had to say:

It all started when Fakhr uploaded a picture of him dressed as a woman on his Instagram which certainly raised a lot of questions and to its response, here’s what Fakhr-e-Alam had to say:

“Living the life of an actor’s life what a great character… I get to play a mother but what a dynamic set of days… from being a tech entrepreneur delivering speeches on international forums to being on sets for a new film releasing this EID.”

We could not recognize him at first! Did you?

Living the #life of an #actor #actorslife what a great character…I get to play a #mother but what a dynamic set of days.. from being a #tech #entrepreneur delivering #speeches on #international #forums to being on sets for a new #film coming this EID. #entertainment #television #celebrities #ecommerce #startup #technology #Internet #online #acting #business

Apart from playing the role of a mother in the telefilm, Fahkr will also be seen playing another role in the same telefilm – which is a brother’s role. Hats off to Fakhr-e-Alam!

Fakhr-e-Alam will be seen on screen after a long break and he’s quite excited about this telefilm! Well, his updates say a lot about his excitement!

On #set of a new #eid Tele #film titled J.I.T its outrageously #funny and I am #acting after a very long time… with me in the movie are the awesome stars @aijazz and @faysalquraishi our #director Faisal Khan has done an awesome job with the #script and making us sweat during the #filming you will love it #entertainment #television #celebrity #movies #work #creativity

Although Fakhr-e-Alam will be seen acting in the telefilm, he has also been busy with his new venture which he will soon announce! For now, he has slightly teased his audience on Instagram. He has given us a few hints, but we don’t exactly what it is. We’re excited tooooo!

I have a small team of #coders #software #developers who are quietly tucked away at a secret location giving final touches to one of my #dreams we are ready to roll out pretty soon….the world of #ecommerce #online #business will not be the same once we.get going…. a whole new world of discounts coming your way… #technology #digital #retail #coupons #vouchers and lots of #family #fun

According to sources, this role for Fakhr-e-Alam was indeed a challenge especially because of three-hour long makeup job during the shoot. As it belongs to the comedy genre, we believe it is going to worth the watch!

What are your thoughts on his role? Let us know in the comments!

Pakistanis Actress Nadia Jamil Encounters Racism in England and It is Not Okay!
The Solar Eclipse During Prophet Muhammad (S.A.W)’s Time Was Special For A Reason
To Top