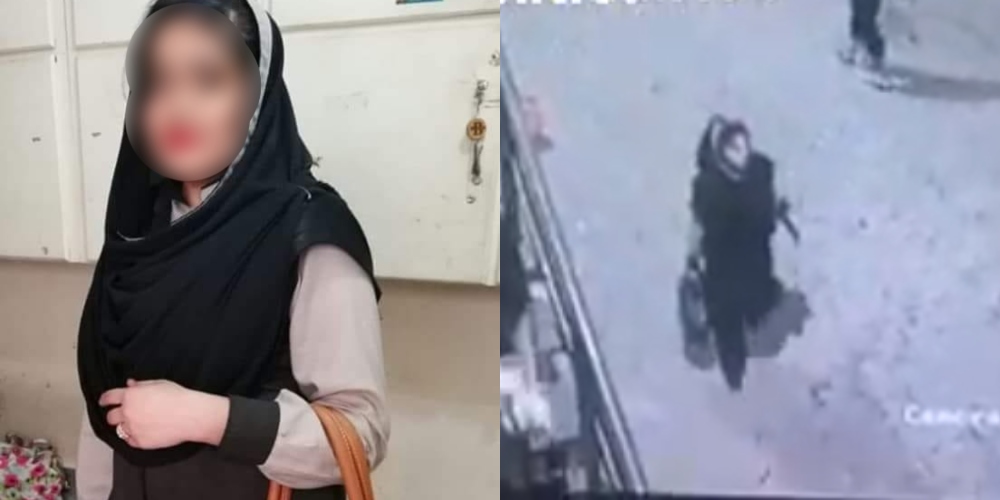 Marriage proposals can be a nuisance in our society where people give in to certain affairs that create problems for them. Sometimes refusing a marriage becomes a big deal and has consequences one would shiver to comprehend. Those are lucky who can get away with it but in some parts of our society, the consequences are too much that people have to put up with the deal in order to avoid damage that is often against them or their loved ones.

A similar incident took place in Faisalabad, during late hours of this past Saturday night. A man gunned down a woman after she refused his marriage proposal. The man had been pressuring the woman to marry him for so long but she kept refusing and now he killed her for that.

This bus hostess was brutally murdered by a security guard bcz she rejected his marriage proposal yesterday in faisalabad at Kohistan bus terminal. Plz as it's Friday so remember her in your prayers. It's agonizing & terrible .After seeing the CCTV footage I have no other words pic.twitter.com/e5kHfgPsLY

The murder of this woman took place at Kohistan Daewoo Terminal on 9th of June, when she arrived from Multan. The deceased’s family has filed a case with the police station at Sargodha Road. Details reveal that Mehwish was employed as a bus hostess for the private inter-city transit service.

The murderer has been identified as Umar Daraz, who worked for the same company as a security guard. Mehwish used to report to her relatives about a man named Umar Daraz quite often and how he would pressure her to marry him. These details were revealed by her relatives.

Here is the CCTV footage of the murder that has been going viral:

As we can see, the CCTV footage clearly shows how the attacker cornered Mehwish and tried to harass her first before taking her life on a staircase. We can clearly see that he held by her arm, they both had an exchange of words and then he shot her. Mehwish died on the spot. Umar Daraz has been caught and is in custody of police. Investigations are going on and an autopsy of her murder is also set to take place.

This tragic incident is an alarming call for us. This is not the first time such a brutal murder of a young girl has taken place. Earlier in January this year, a medical student in Kohat was also killed because she refused a marriage proposal. This toxic misogyny continues to plague our society and we are seriously at a loss for words.

Justice should be granted and the perpetrator should be dealt with accordingly. May Allah rest her soul in peace.