Black Swans and Gray Rhinos, you must think these are names of animals from a Safari. Well, they are animals but in the Financial Zoo, not where animals are kept.

Black Swans and Gray Rhinos are two of the opposite but dangerous threats to the global economy. Black Swans have been making investors lose sleep over them for ages. But now, introducing a new menace for investors to go crazy over, the Gray Rhino.

The term Gray Rhino was coined by Michele Wucker. She first introduced it in her book ‘The Gray Rhino: How to Recognize and Act on the Obvious Dangers We Ignore’. Published in 2016. It is a fantastic read is recommended for all the economists and investors out there.

Ever since the release of the book, investors in China are being urged to look at Gray Rhinos more instead of wasting time over Black Swans. In Conclusion, look at the danger in front of you. And not to the one that may or may not happen.

Before we tread any further. this is what Michele Wucker has to say about the Gray Rhino theory.

The Gray Rhino Concept – Straight From The Horse’s Mouth 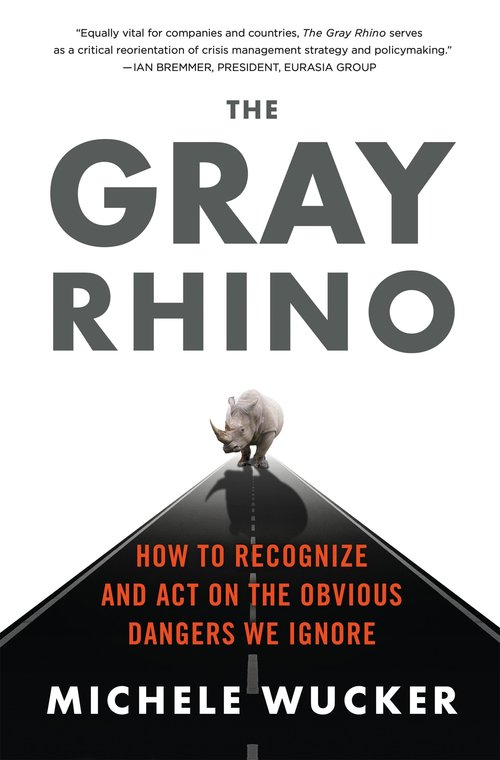 Michele Wucker says that the Gray Rhino is a concept that tells investors and authorities to pay attention to the obvious. She wants people to make a connection with the Gray Rhino as they have to the Black Swan. She further continues to say that people have been riding on the Black Swan concept for too long. And are using it to ignore the big and obvious by saying “No one saw it coming”. When in reality, everyone had been seeing it for miles.

The Gray Rhino is more than the Black Swan concepts of unexpected ups and downs. The former insists investors look at the obvious and do something about it. They can do one of three things. One, get trampled by the Rhino. Two, get out of the way. Or three, get on top of the Rhino and use it as an opportunity.

The Gray Rhino concept, although a newly coined term, has been in effect for many years. It was officially made an animal in the financial zoo in early 2016 but it was first seen in the 2008 market crash. “No one saw it coming” was a commonly said phrase during that time but the reality was, everybody saw it coming; especially economists. That was that. No one said anything or did anything to stop the crash.

What is the Gray Rhino? 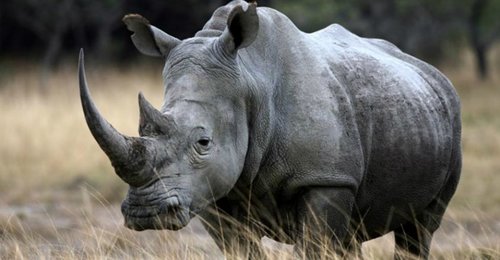 Bubbles, bubbles are Gray Rhinos. By bubbles, it is meant the economic bubble and not the bubbles kids play and have fun with. This is a grown-up bubble which can make you lose millions. It doesn’t sound fun at all.

Now, a bubble forms in economies, securities, housing, and business sectors because of a behavioral change of investors. Let’s take stocks for example. A very recent stock bubble is the dot-com era bubble. This was spurred on due to the new technology being introduced in the late 90s and early 2000s. Investors bought exceeding amounts of tech stocks. They believed that the prices will only go up as internet providers and tech companies built a customer base. The technology advanced and the prices of the items fell. This made investors lose confidence in the stock and they began to sell rapidly. This caused the bubble to pop and thousands of people lost millions.

So economists and governments should be looking out for bubbles. Another systematic truth is that what happened to Argentina in 2012 could very well happen to the U.S. Or to Pakistan as a matter of fact.

Why Pakistani Investors Need to Monitor The Gray Rhinos

With the ever ensuing rise of the dollar and increasing housing and automotive prices. The Pakistani market is in shambles. You go out on Monday to buy sugar, it is for Rs 100, and then you go out on Wednesday the prices shoot up by Rs 20. The stocks are skiing up and down the stock market. All hell has broken loose.

Could it be the PTI government or is it the doing of years of corruption and negligence on our part?

Well, a market crash in this stage of Pakistan’s life could prove detrimental. We already are a poor country and bouncing back from our very own market crash would be impossible. Pakistan was in a bad shape during the 2008 recession, something of the sort right now could destroy us.

Chinese president Xi Jinping has vowed to take care of the Gray Rhinos and look into matters with scrutiny. That is all we have to do too. The United States has also started to take Gray Rhinos as serious as Black Swans and it is time for us to open our eyes too.

Rhinos are big and strong that is why they are unavoidable. But the good thing about them is that they lack the element of surprise so you can put effort into stopping them before they crush you.

This Indonesian Woman Left Pakistan Heartbroken After She Was Cheated On By Her Husband She Met Online!
PM Imran Khan Announces Relief Projects Of Rs 3 Billion For Pakistanis Living Near Line-Of-Control!
To Top