Govt. Schools In Peshawar Are 'Allegedly' Being Used For Dance Parties!

It is not hidden, that the longing corruption in Pakistan has even deteriorated the prevailing education system. While news of students protesting against their institution’s management for unjust treatment gets viral often, this time its misuse of government property. Recently, a video of a dance party happening in a government school of Peshawar raised many concerning questions.

Peshawar’s government school rented out for a ‘private’ dance party!

‘School by day, dance club by night’, the slogan says it all. Apparently, along with other political and economic issues surrounding Pakistan, the neglection of authorities has now lead to unethical activities making round on social media. Well, earlier this week, a government school in Peshawar was seen being ‘allegedly’ used for dance parties in the evening.

Here is the full news reports regarding the ‘unethical’ incident!

Becoming the talk of the town overnight, the incident has received official coverage by several authentic news outlets till now. In the viral clip, it isn’t hard to identify the immoral gathering of ‘dance lovers’ stocked up for filthy entertainment. Unfortunately, in the past as well, stories of schools getting booked for weddings have been on for debate.

Is Pakistani students’ future on stake?

Certainly, the humiliation of student rights is evident and heart-rending to see as Pakistan’s future is getting compromised. According to local media reports, the video emerged from a government school located in Khyber Pakhtunkhwa (KP) Peshawar. Reportedly, the dance party happened in Government Primary School situated in the Qissa Khwani area of Shah Wali Qatal division, Peshawar. 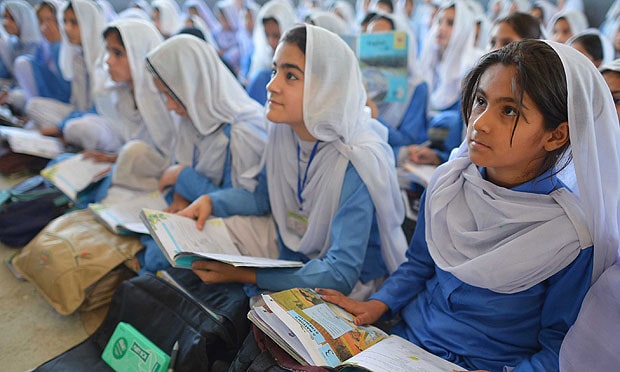 Apparently, it isn’t the first time as such parties have been arranged in the school previously as well. As per reports, citizens of the area have complained several times about the activities going on inside the educational institution at night. After receiving no effective response from the police as well as the concerned authorities, the civilians took the matter in their hands.

Constant complaints from the locals and no heed paid!

Somehow, a fed-up local got the entry into the ‘confidential’ entertainment and recorded the video with a hidden phone. Eventually, the idea was to make the video viral on the internet so that the sleeping government departments can make a say in it. However, the loud music playing all night and the spreading negativity couldn’t help the citizens but take the matter in own hands.

It is extremely unfortunate to see people taking everything for granted just to satisfy their dead conscience and inner demons. Similarly, back in August, students of Bahauddin Zakariya University (BZU) took inside a transgender for Mujra. Well, such incidents keep making it to the headlines creating more worry for the parents.