PTI Government Has Decided To Increase Roti Prices And Pakistanis Are Fuming With Rage!

After the bombardment of taxes on the Pakistani awaam, Pakistan Tehreek e Insaf (PTI) government have some other plans now. Apparently, Pakistan is currently facing the worst economic crisis because of no-return of previous loans. Keeping note of the recent drowning political situation of the country, the Imran Khan government is putting in all efforts to stabilize the economy. But the hasty decisions are not going well with the general public as protests are being recorded countrywide.

A major increase in roti prices!

In recent inflating and taxation situations, another news came in and created huge chaos among the masses. The government has now decided to target the prices of the basic commodities. Now, prices of the most consumed thing in Pakistan, the evergreen ”Pathan Ki Roti” are going to be increased. Currently, a chapati costs Rs.7 whereas the naan is of Rs.12, but it will cost more from next week. 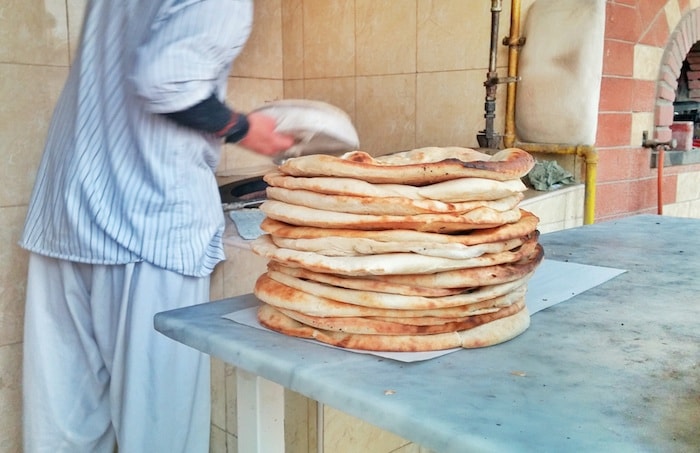 According to the Naanbai Association President Aftab Gul, chapati’s rate will jump to Rs.15 that is more than double its current price. And the naan is gonna be of Rs.20 instead of Rs.12 which is a good Rs.8 hike in its original price. The new prices will be imposed from coming Monday. Furthermore, Gul stated that it has become impossible to sell roti at the current price as the rate of flour and gas have nearly doubled after the imposition of general sales tax.

Sources say that Aftab Gul has provided the hiking plan to the local administration to which they have asked for three days to solve the issue. If the authorities couldn’t come up with some satisfying solution, the chapati and naan prices will be increased from July 15th. While the Flour Mills Association has called upon an emergency meeting to discuss the newly imposed general sales tax.

Haroon ur Rasheed’s take on the roti rates!

Haroon ur Rasheed, the famous columnist, while talking in a talk show has presumed that there will be no hike in roti prices. The Imran Khan government needs to succeed in the neat documentation of economy and if hey did it, it will be a major breakthrough for them. But if somehow the roti rates will increase it won’t be a good sign for the government.

Here’s what Haroon ur Rasheed has to say about the ‘roti’ fiasco!

Pakistanis are fuming over the hike and hashtag #RotiPrice is in the Twitter trends today. Hopes are high that the government will find a viable solution on the matter.

Khadija Siddiqi Becomes A Barrister With Exceptional Grades While Shah Hussain Is Still Behind Bars!
A Luxury Car Was Imported For KP Minister Shaukat Ali Yousafzai And What Happened To The Austerity Drive?
To Top