Govt Calls In Pakistan Army To Help Amidst Coronavirus Crisis

While the deadly disease of coronavirus sees no stop, it is about time the government took strict measures. Consequently, the Federal Govt today okayed the Pakistan Army’s assistance throughout the country.

The stated ‘curfew’ was first initiated by Sindh Govt through the orders of CM Murad Ali Shah. Later, the government allowed provinces to judge as per their aspirations and call in the Army.

However, as of now, the Center itself has invited and requested the Army to impose a countrywide lockdown. The total tally of active cases in Pakistan has now increased to a scary 800. 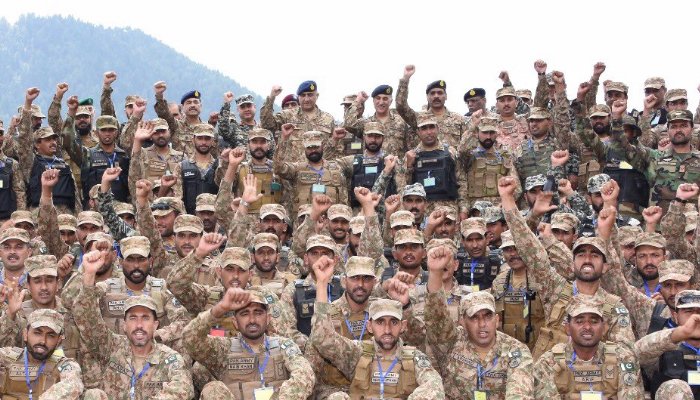 “The Competent Authority, in the exercise of the powers conferred under Article 245 of the Constitution of Islamic Republic of Pakistan and Section I31-A of CrPC is pleased to authorize the deployment of sufficient strength of troops of Pakistan Army in Punjab province depending upon the requirement to be worked out by the provincial government in liaison with the Army authorities in connection with the prevailing situation related to the spread of COVID-19 and matters ancillary thereto, subject to laws enforced in Pakistan,” stated the notification for Punjab.

Almost similar notifications were issued by the respective governments of Balochistan, KPK, AJK, and GB. Initially, all provincial governments had shied away from issuing official communication in this matter, but after Sindh’s semi-successful feat, they followed suit. 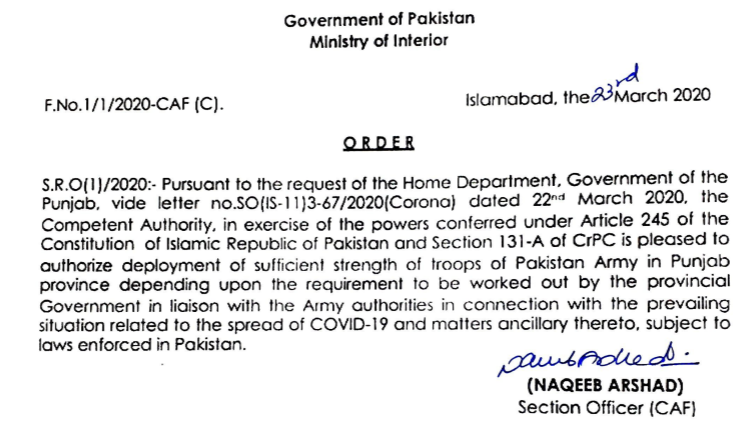 Previously, the marvel of Punjab, CM Usman Buzdar had remained averse to a province-wide lockdown. “I want to make it clear to you that this is neither a curfew nor a lockdown situation. We are bringing a little changing,” he had said previously.

Only necessary commodity shops like grocery stores, meat shops, and pharmaceuticals will be open, subject to lockdown conditions.