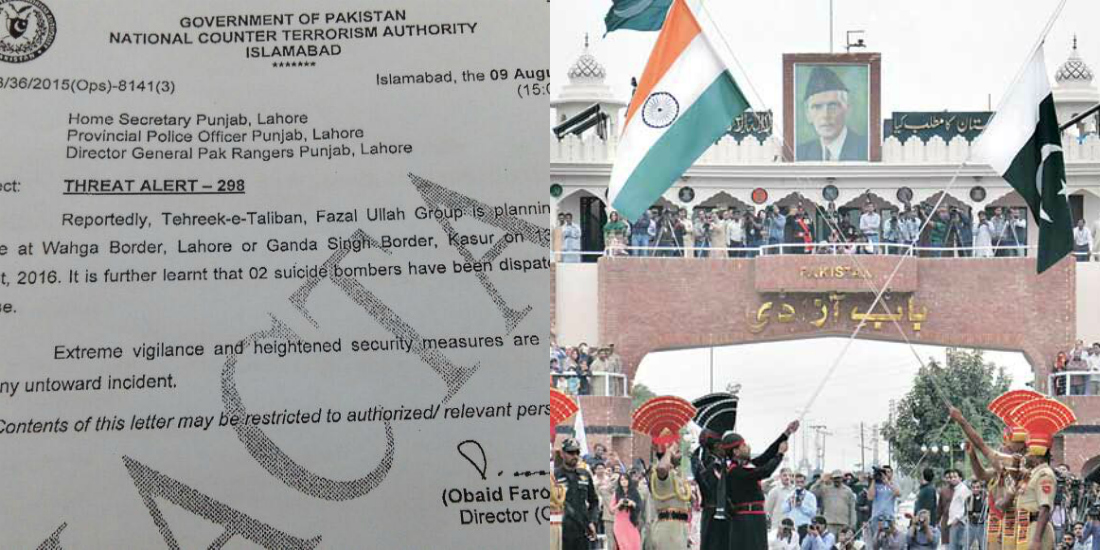 After one of the deadliest suicide attacks in recent years which occurred in Quetta’s Civil Hospital on the judiciary of Balochistan, the Government of Pakistan has been propelled to launch a threat alert in two cities of Punjab following the upcoming festivities of the Independence Day. 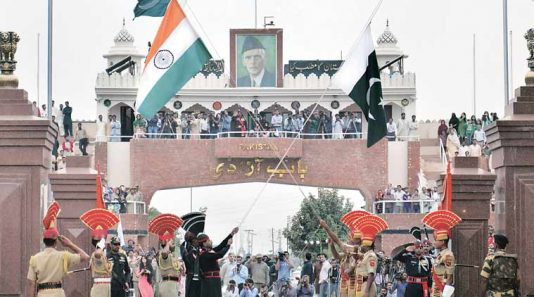 This would not be the first time that the Indo-Pak border has been targeted by non-state actors and fundamental jihadists. On November 2, 2014, a suicide attack took place at the Wagah border during a daily border ceremony. The attack was claimed by three rival groups. The blast occurred outside a restaurant in a parking area near a Pakistani paramilitary soldiers’ checkpoint.

The threat alert further states that the Gandha-Singh border in Kasur might also be a prominent target for the suicide bombers. The scheme altogether seems like one that would disrupt cross-border relations between Pakistan and India, since Indian security agency Research and Analysis Wing (RAW) has been blamed by Chief Minister of Balochistan for the Quetta blast.

The notice further says that it is learned that TWO suicide bombers have been dispatched for carrying out this attack. Extreme vigilance and heightened security measures were suggested to avoid any untoward incident. 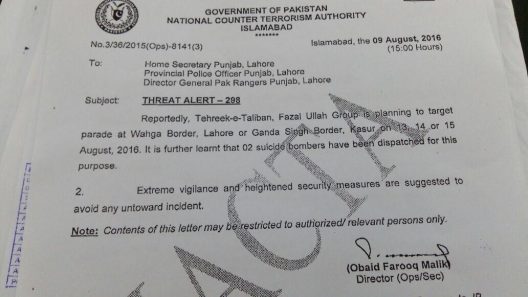 It is pertinent to add here that such notices should not be leaked to the general public, instead, security forces to make sure that no warmongering happens under their watch. However, since the notice is already out and available to general public on Social Media, it is our responsibility to alarm our fellow citizens. All of us need to play our cards right and spread the word.

You Can’t Change History By Editing Your Maps, Google. Palestine Exists!
An Open Letter To Rest Of Pakistan From Balochistan
To Top