This Couple's GoT Themed Mehendi Will Give You Goals 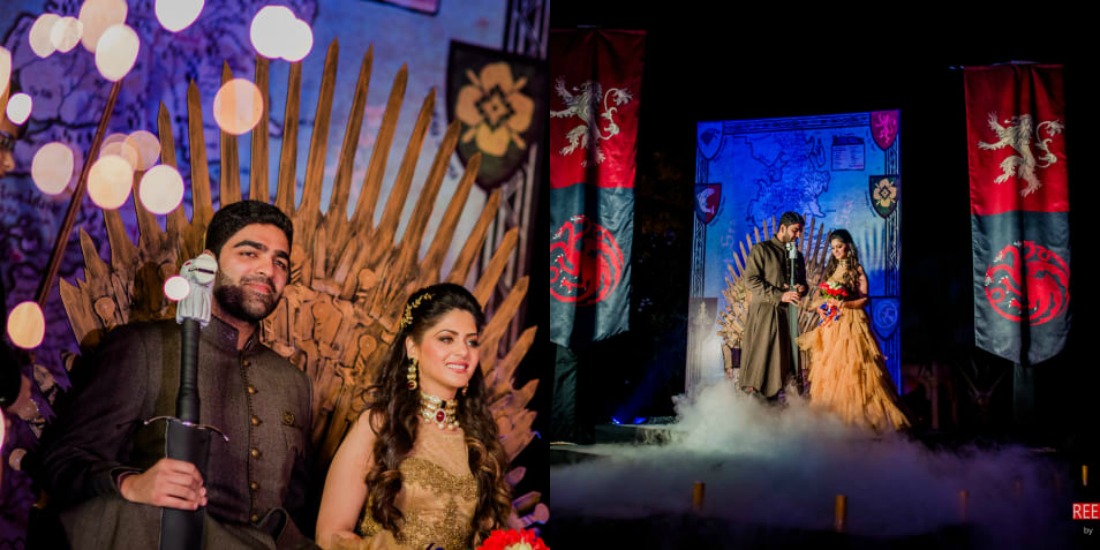 Game of Thrones (GoT), as a show, has gained so much popularity that it has started to invade every aspect of man’s life. We have already seen a GoT themed cafe based in Rawalpindi, along with GoT themed cakes and parties and even furniture. One may wonder if the craze started off because of the novels or the show itself. Whatever is the reason, this particular couple seems to be so crazy about GoT that they decided to hold their wedding in a special way. 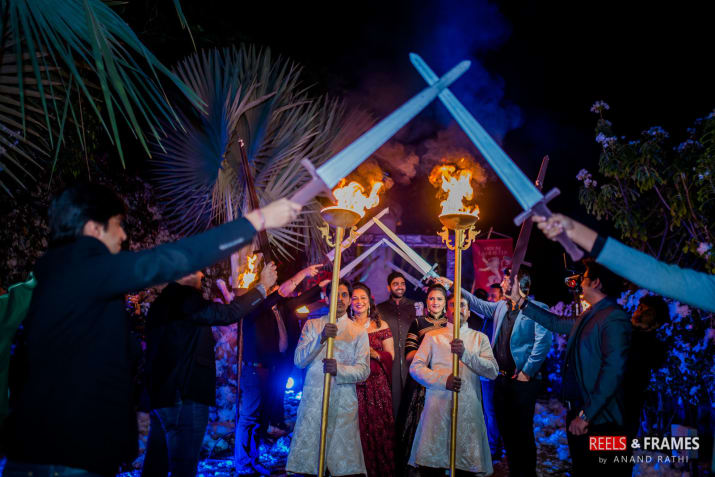 Shaurya and Sanjana Mehta are too ridiculously hardcore Game of Thrones fans. When it was they should now tie a knot, they planned to do it the most epic of ways. Their Sangeet ceremony was held in a Game of Thrones theme. From the suiting to the ambiance, to the center stage to the background music, everything was GoT-themed. 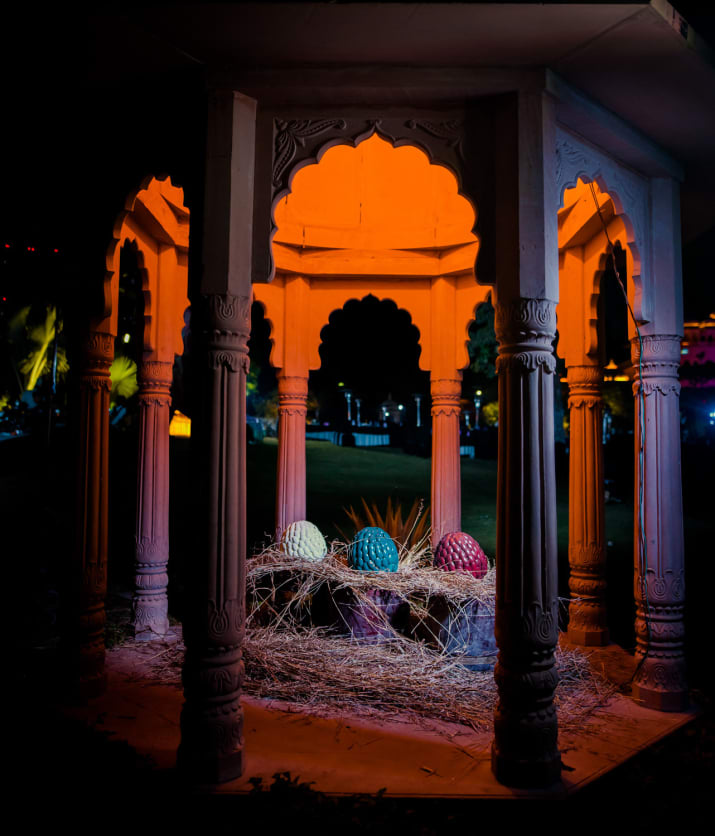 Just look at that iron throne placed in the background. Such was the precision of their theme that they even managed to find three dragon eggs with the same dragon scale texture like the one in the show itself.

Upon their reception, Winds of Winter music was being played in the background instead of a typical slow love song. The guests held up their Valyrian swords high in a show of respect as the young couple walked beneath them to move towards the center stage. 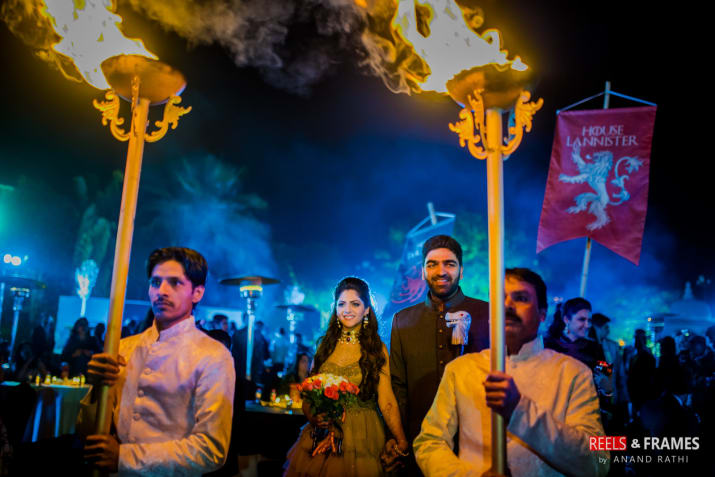 Flaming torches were made that were carried by two men, talk about wedding goals! 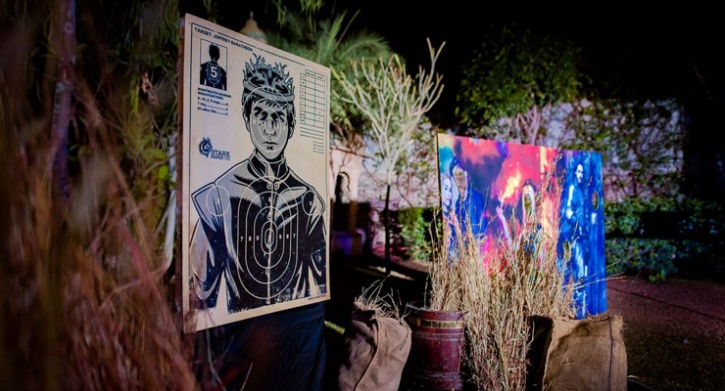 For people who still hate the late king Geoffery Baratheon, a special dart board was also placed for some mischievous entertainment! 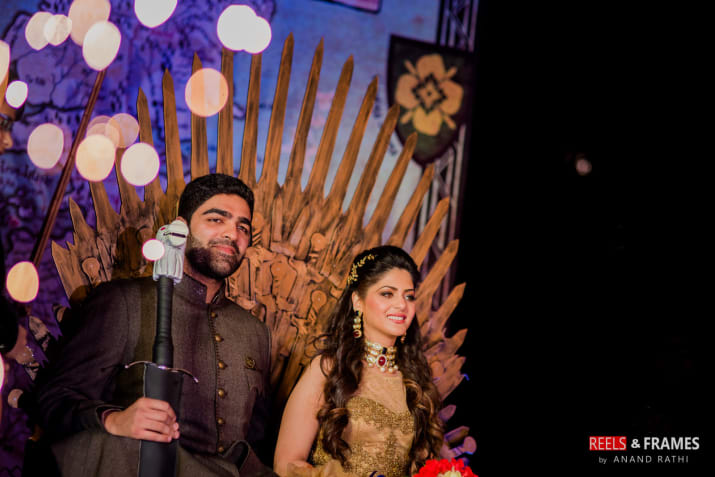 “At first, it was difficult getting my parents to visualise it. I had to convince my friends that it wasn’t a joke and they didn’t believe me till the time they got our wedding invitations,” Shaurya said in an interview.

We wish all the best for the future to this young couple, and may they conquer the seven kingdoms they have planned together for themselves.

“Dear Society, Stop Encouraging People To Depend On Each Other” – A Hurtful Realization
These Talented Pakistani Twins’ Traditional Cover of Shape of you Will Blow Your Mind
To Top