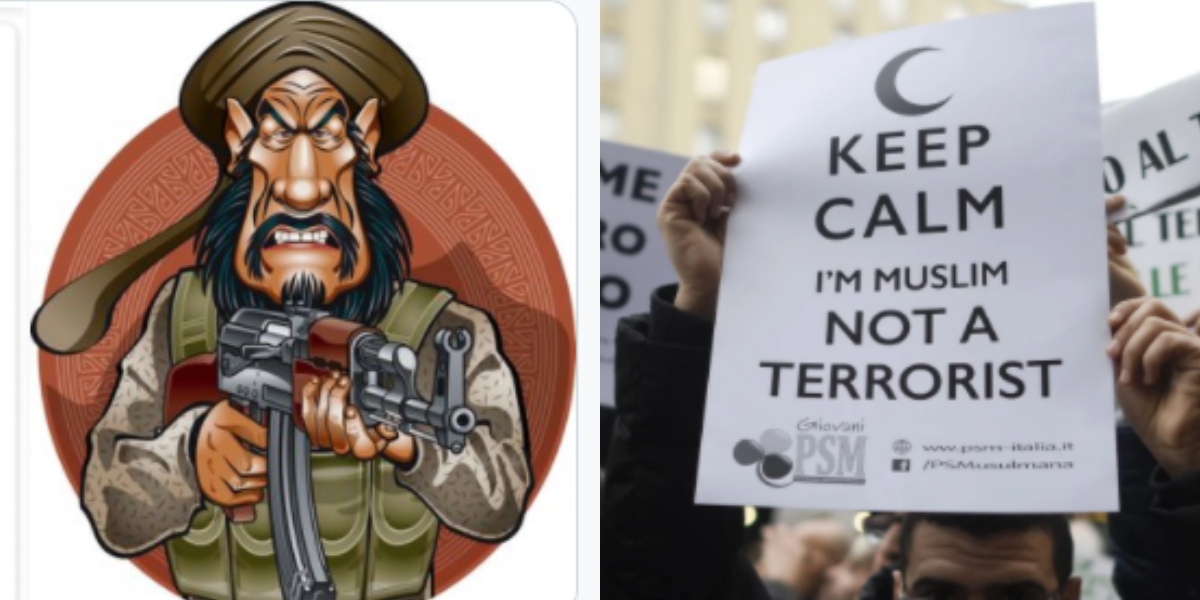 It is sad to see Muslims around the world have been stereotyped as ‘terrorists’ or ‘extremists’, particularly in the west. However, we can always hope that as a global society. We can treat Islamophobia with the same disgust as it extends to discrimination faced by dominantly white Western communities. However, it seems like we may have to wait much longer than expected. Just recently, a Twitterati complained about google search showing Muslims as militants, and hell yeah, it’s frustrating.

Acclaimed content creator at AJ+ Sana Saeed recently shared an image on Twitter that illustrates the bigotry and hatred Muslims around the world have to face. For Saeed, what was about to be a usual every day Google search turned out to be an important discovery about western bigotry.

As per Twitterati Saeed, when you google search the word ‘militant,’ it shows an image of a man who, by his appearance, looks like a Muslim.

So I was googling the word ‘militant’ for some purpose, when uhhhhhh what in the racist hell? pic.twitter.com/NdNaylYzFk

If you google the word it should pop up – and right under it says “feedback” and you can label the image as offensive/inappropriate.

As evident from the image above, the turban and beard, along with a gun and military vest are details of the same image that is used time and time again to illustrate Muslims in politics, media, and entertainment. This is also the discourse that surrounding the word terrorists goes into mainstream Western media.

It is said that only Muslims are still identified as terrorists in the west. They never call a white a militants even if he kills hundreds of people. However, the same principle is not applied to Hindus or white supremacists to a similar extent.

It is worrying to note the way certain narratives have developed. We do agree many individuals across the world do adhere to the notion that one cannot call all Muslims terrorists. However, this depiction of a militant as a Muslim proves the hypocrisy of the western media.

The tweet by Saeed’s led to an outcry by her followers on Twitter. Her followers encouraged other users to report the image as inappropriate. But despite the efforts of her and other Muslim Twitter users, the unpleasant image has yet to be taken down.

Below are some of the reactions from Twitter users.

Reported as racist. The definition is wrong too. Militant means committed rather than aggressive. Feedback for another day though.

Someone needs to apologize for racism…

Why Muslims are stereotyped as extremists and militants by even Google?

The words extremists and terrorists are a burden. That are unduly assigned to Muslims around the world. However, it is important to note the fact terrorism is not limited to a specific religious group. It is ironic how most of the social media sites will claim to block different forms of hate speech. However, they never extend that courtesy to damaging Islamophobic narratives. It is important to note that there is enough political propaganda flying around Muslims. One of the examples was the Muslims travel ban by Donald Trump in 2017.

That is why, when Muslims around the world start seeing images such as this one on something as simple as a Google Search. This normalization of Muslims being militants becomes highly worrying. It certainly damages the reputation and defames the Muslim community. As a result, it is important for search engines like Google to act more responsibly.

3 Types Of Pakistani Men Who Love To Comment On Every Picture Of Esra Bilgic
First Food, Then Delivery… What’s Next For Careem, Airplanes?
To Top