Google Doodle celebrates the 1951 British Open Squash Championship victory of Hashim Khan. On this very day, this legendary Pakistani squash player went from his status of parallel anonymity to being a worldly renowned icon.

Google honored him by customizing its doodle where Hashim Khan can be seen hitting every shot on the squash court, at various stages of his life.

Forging a career that earned him a spot in the US Squash Hall of Fame, Khan won seven British Opens, five British Professional Championships, three US Opens, and three Canadian Opens.

Hashim Khan was born in 1914, hailing from a small village of Nawakilli in Peshawar. Since this was all before the subcontinent partition, his father worked at a British officers’ club with squash courts. There, the squash learned as a ballboy. In times of hardships and no formal support, Hashim Khan apprenticed the ropes of sport, during his off-hours.

To quote his fondness and dedication towards this sport, it is known that, he used to play bare-footed on the club’s rough brick courts. Later on, the then 28-year-old Hashim went on becoming a squash pro, followed by being the national champion of squash.

Shortly after securing three All-of-India titles, he reported to the newly established government of Pakistan, who nevertheless, drafted him to represent the country at the 1951 British Open.

During his first facade at the British Open World Squash Championship, Hashim went on lifting the grand prize for his homeland, Pakistan. Upon his return as a national hero, millions of people flocked by to welcome him.

Over the next 46 years, Hashim’s family continued their squash dynasty. The tournament was won 29 times by either Khan or by his relative, Jehangir Khan, and Jansher Khan.

After closing the chapter of playing international matches, Hashim relocated to Colorado, US. There he appeared in veteran matches on several occasions. On August 18, 2014, he died from congestive heart failure, at his home in Colorado. 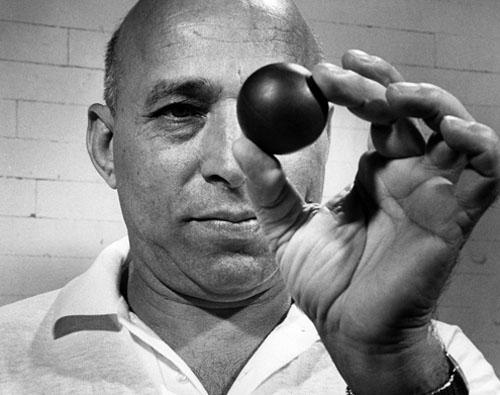 Following his death, the World Squash Federation President Narayana Ramachandran remarked, “After a wonderfully long and active life we only have memories of a great champion. Indeed, a great man who has made wonderful contributions to squash. Hashim’s passing has taken somebody so special from us. As we remember him we send our condolences and best wishes to his family at this very sad time.”

To this day, his sportsmanship has created such a legacy, that it motivates several. Mentioning a few like Maria Toorpakai, Maria Saleem and Zahab Kamal are the youngsters, who are following in the footsteps of players like Hashim.