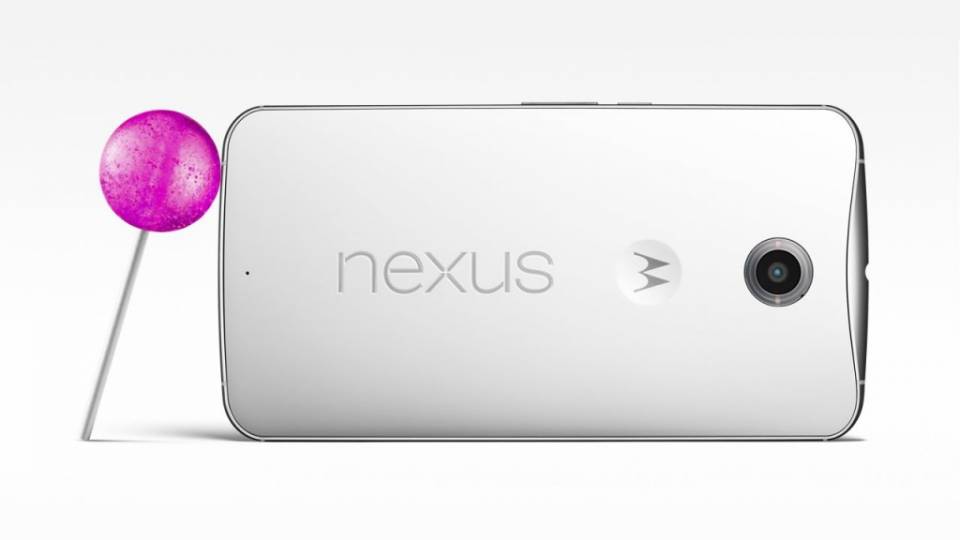 Google is today introducing the Nexus 6, the latest in its line of smartphones designed to show off the capabilities of new Android releases. This is the biggest Nexus phone that Google has released yet, adopting a 6-inch display â€” bigger than both the iPhone 6 Plus and Galaxy Note 4. Like the Note 4, Google’s Nexus 6 also uses a Quad HD display, which means that text and images on the phone should still be really sharp, despite its large size.

The phone has a Snapdragon 805 processor, a 13-megapixel rear camera, a 2-megapixel front camera, a 3220 mAh battery, and two front-facing speakers. It can include either 32 or 64GB of internal storage and comes in either blue or white. 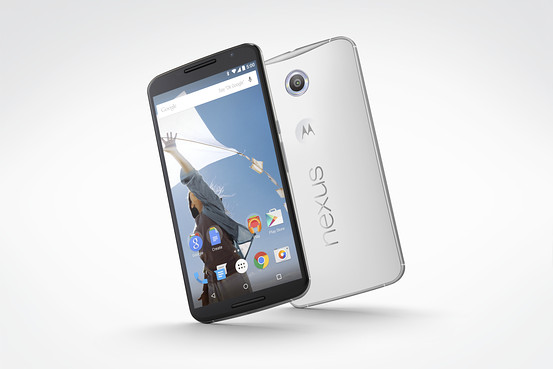 Nexus phones have always been lightly modified versions of existing smartphones â€” the Nexus 5, for instance, was based off of the LG G2 â€” and there’s no hiding here that the Nexus 6 is a blown up version of Motorola’s updated Moto X. Just like the Moto X, the Nexus 6 features metal trim around the outside, a circular flash ring, and even a dimpled Motorola logo. That’s by no means a bad thing, though: the Moto X is a very nicely made phone, so the more cues the Nexus 6 takes from it, the better.

The Nexus 6 comes running Android 5.0 Lollipop, which is also being launched today. Lollipop was first demonstrated back in June, when Google showcased a brand new design style for Android that adopted a playful and colorful look based around simple shapes and sheets of paper. Lollipop is also said to include a battery saving feature that can extend a phone’s life by up to 90 minutes. On top of that, the Nexus 6 also includes one of Motorola’s Turbo Chargers, which can charge the phone back up to six hours worth of battery life in 15 minutes â€” so Google clearly wants you to be able to keep this thing going. 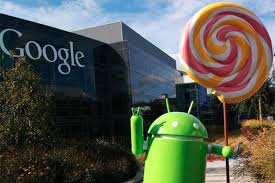 The Nexus 6 is going to be sold unlocked for $649, making it far more expensive than any other Nexus model to date. Google has long used the Nexus line as a way to help expose people to stock Android by giving its phones a low price, but that’s also meant that Google likely hasn’t made much â€” if any â€” real money on them. With this new pricing, it appears as though Google’s priorities are changing. Or at the very least, it’s no longer willing to stomach the costs associated with pricing a phone so low. 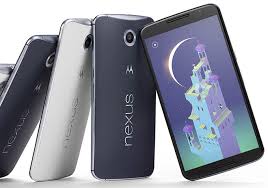 The Nexus 6 will be available to preorder on October 29th and available in stores beginning in November. You’ll also be able to buy it on monthly contract. The unlocked model will work on all four major US carriers, and Google says it’ll also be offered through AT&T, T-Mobile, Verizon Wireless, US Cellular, and Sprint. Google is continuing to sell the Nexus 5 as well.

How many Harry Potter movies is Warner Bros. Planning to make?
Pakistani Movies: Hamza Ali Abbasi “The Dude” Waiting to Kick Some Bollywood A**
To Top