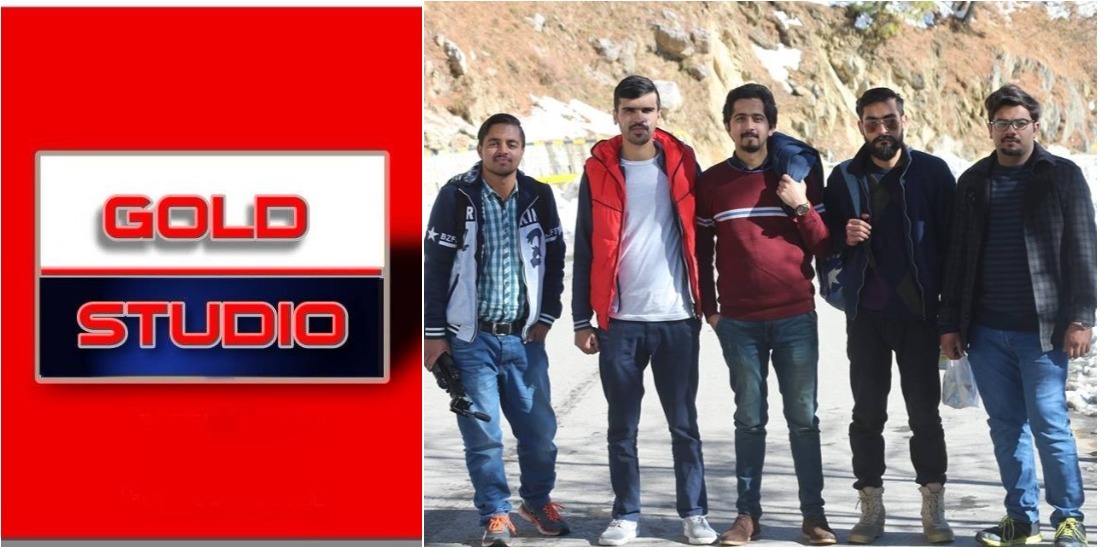 A group of friends, five to be exact, run a student-run production house “Gold Studio Pakistan”, they make short films, profile stories, vines, pranks and Video logs. The interesting thing about the group is the diversity they have among their group. Muhammad Awais, a cinematographer of Gold Studio known by name “JANU”, from the region of K2, Gilgit Baltistan, Adnan Uddin a good actor, known as fake actor, from the green and peaceful valley of Chitral, Muhammad Adnan, a good editor from the hospitable land of FATA and Rizwan Syed, a future director from the narrow streets of Rawalpindi, Punjab.

But the best thing is that they are not limited to just these roles as there is a director, photographer, editor, writer, prankster and an actor in their souls.

Here is the first episode of "Gold V-Logs" :)Watch it on YouTube: https://youtu.be/mZmSdwnC57U

Now, they have over 10 thousand followers on Facebook, Instagram, and YouTube, but it was not so easy to start with. They started with a low-quality digital camera which they borrowed from one of their friends. They, then, shifted to their personal mobile phones. So in short, they have adopted a ‘never give up’ approach with all those limited resources. Now, they own all the basic equipment and still lack plenty of equipment. However, they believe in constant improvement even with limited resources.

The best thing about them is that all their videos are zero budgeted videos, whether a short film or video of any other category. They have so far taken an interview of Anjum Habibi, a famous and senior actor and Malika Noor, Pakistan Women Football Vice-Captain.

Malika-e-Noor Pakistan women football team vice captain, the nation is proud of you.

They have participated in many national level films festival throughout the country which includes FILUMS, a Film festival by LUMS. They are the winners of University Annual Media Photography and Videography from the last two years in International Islamic University Islamabad.

Although we have not grown as much as we would have liked, making videos on serious topics is one of the reasons behind it as people in Pakistan usually like humorous content on social media, said by CEO, Gold Studio, Rizwan Syed. But they are much hope for the coming days and they believe that 2018 will bring a lot of success for Gold Studio Pakistan.