Speaking for a minority community is something many public figures are often seen doing. While many believe it may tamper their image, some celebrities are bold enough to use their status and power to do something better for the society. This perhaps is something Pakistani actor Gohar Rasheed will be seen doing as well.

Starring opposite Bilal Ashraf and Urwa Hocane, the upcoming Pakistani film Rangreza will revolve around the dilemma of a love-triangle. While Bilal Ashraf will be seen playing the role of a rich rock star, Gohar Rasheed will be seen as a poor dholak-player. Both of these characters will be seen in love with lead actress of the film, Urwa Hocane. 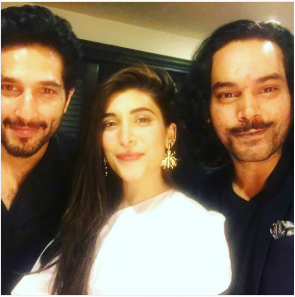 Moving on to the main topic of this piece, the actor will be seen sharing the dancing space with 100 Pakistani transgender performers.

Moving on to the main topic of this piece, the actor will be seen sharing the dancing space with 100 Pakistani transgender performers.

Shared by the actor himself, the song will revolve around how the dholak player alongside the performers will be celebrating the birth of a newborn in the suburbs of Karachi. “My character is a dholak player, who stumbles upon this celebration of a newborn baby where a hundred transgender dancers are participating in the celebration.” – said Gohar in his interview with Express Tribune.

He further added that “It is an item song because of the elaborate and colorful set, mainly. The song is done in good fun and not meant to degrade them. In fact, you will see many transgender dancing and celebrating with people on many occasions across Pakistan so it is not out of the ordinary,” 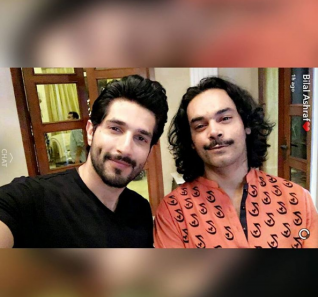 “When I was working on this song, I never thought about what the audience would perceive. The idea is to give the transgender community an opportunity to be a part of the entertainment industry so they can be perceived as equals. But when we were working with them, I realized they were equally talented as anyone else, maybe even better. So, the purpose is to show that they can be good entertainers and deserve equal opportunities and equal rights.”

“When we talk about Trans’ community, it’s always a little uncomfortable. But working on the song made me realize that it’s okay to hang out, chill and dance with them. This song is a statement on its own way because we wanted to generate a certain thought.”

Written by Akhtar Qayoum and performed by Asrar Shah, this song promises to create a lot of impact through its visuals. We are certainly looking forward seeing such a promising cast in this film together!

This Is What An Introvert Wants All Extroverts To Know About Them!
We Live In A Society Where Harassing A Woman Is Taken As A Man’s Masculinity!
To Top