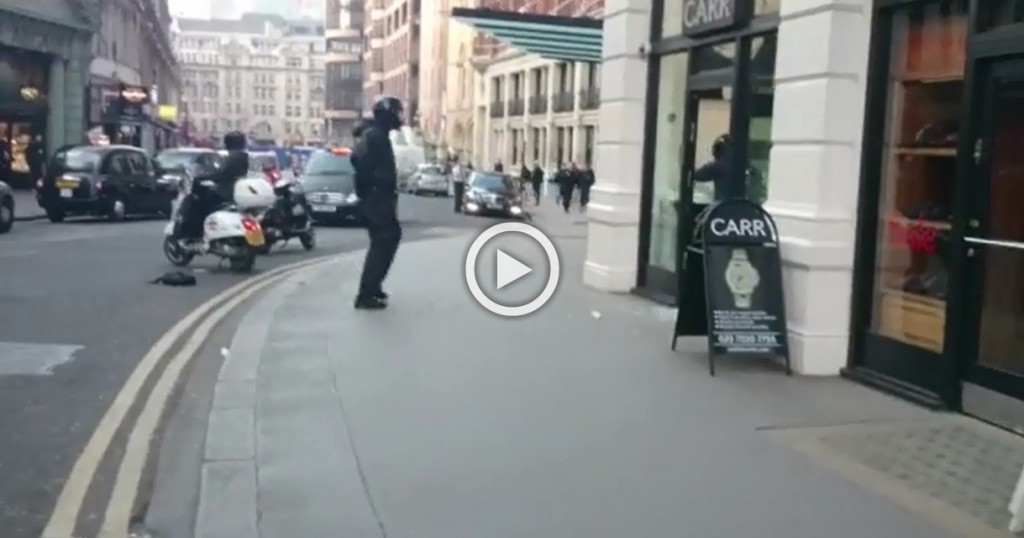 A have-a-go-hero has been captured on camera, in central London, making efforts to stop an armed robber by jumping on his back and grabbing him by the neck.

A person ran towards the raider and managed to stop him for a short period of time as he pulled out a knife.

The robber ran away, as the office worker had to back off.

The thief who robbed the jewelry store was in a group of three wearing crash helmets. 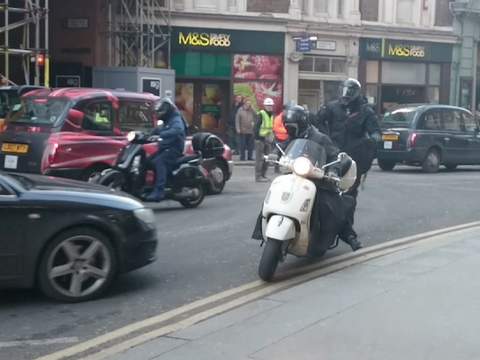 They used a concrete block and sledgehammer to crash into the Liverpool Street shop and then tried to flee on two mopeds.

Two of the thieves managed to get on their motorbikes when the third tried getting on the second moped, a police car tried to block them.

At this point, the worker ran at one of the robbers who had earlier been carrying a sledgehammer and tried to pull him down to the ground. 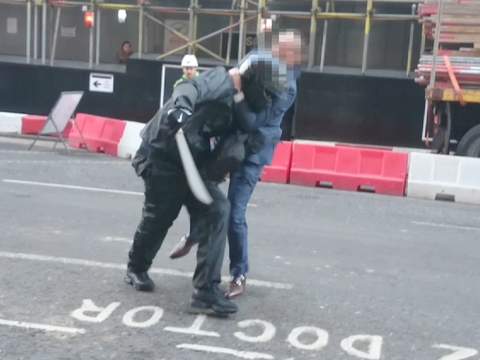 The officers dressed in plain clothes, who had driven his car at the mopeds, also followed them on foot for a short period of time, before returning back to his car.

The machete-wielding suspect was later caught by the armed officers, in a nearby underground car park.

The other two robbers are still free, and police are advising that they should not be approached.

However, the actions of the passer-by are being appreciated, although police are warning others not to endanger their lives.

20 Things People Worry About The Most
Shahid Afridi Should Continue Playing ODIs Even After World Cup: Rashid Latif
To Top