Here's How Global Warming Is Affecting Our Daily Lives!

Global warming and climate change – these words sound familiar, don’t they? Yes, they do. Everyone is talking about it these days.

People are trying to spread awareness about the changing climate and global warming. That’s a really good initiative but people do not have any idea how it affects our daily lives. I am going to try and explain this to the audience.

Let’s start with the definition.

Ever wonder what causes the depletion of the ozone? I have the answer. The main cause of this is manufactured chemicals; especially manufactured halocarbon refrigerants, solvents, propellants and foam blowing agents (chlorofluorocarbons (CFCs), HCFCs, halons); which are often referred to as ozone-depleting substances (ODS). 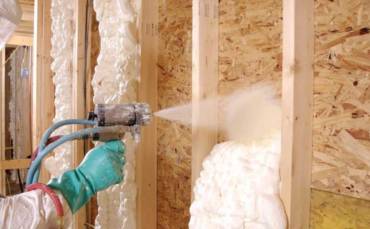 Now, coming back to how it affects one’s daily life.

We live in Pakistan. Almighty Allah has blessed our country with four seasons. Have you observed that the span of spring and autumn has significantly decreased?

Talking about winters, some years ago; used to start by the end of September. I remember we used to wear sleeveless sweaters by mid-October. Well, not now. It’s almost mid-October and fans are still in use in most parts of the country.

It is due to global warming that the time span of the summer season has increased so much as well as the emergence of unseasonal rains. These rains can destroy the crops causing food shortages. Moreover, temperatures recorded this summer were record highs.

Earth is our planet. We have to live on it and we must protect it. You must be thinking, “how?” Make sure the car you drive has a working catalytic converter installed in it. Say no to the cars which give smoke. Stop using CFCs. Restrict the use of polythene bags. This way you can play a part individually to stop global warming.

Doing CSR For The Right People And In The Right Place!
Here’s Why Every Freelancer Should Consider A Career in SEO!
To Top