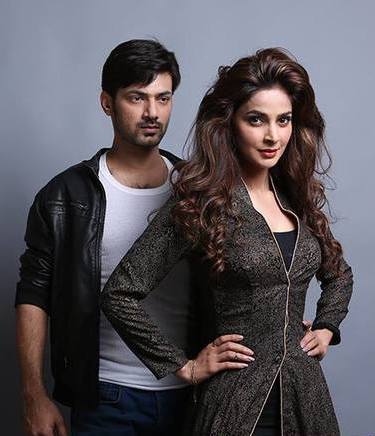 I was nine when I got my first proposal, although I survived this, and many more such proposals, from men aged twice my age, it was given some serious consideration. My brother is your-not-so-archetypal adolescent who spends his days sitting on his ares but according to my mother that’s fine. Guess why? Because he’s a male. That’s why. But it’s her duty to hurl insults at me for being undomesticated and as useless as my brother because after all, I’m a female. Makes sense, does not it?

Aiding the patriarchal society attempts are made quite often to domesticate me and turn me into a religious person by my father who has not prayed since 1964. Since the same isn’t demanded from my brother, I have been encouraged to scrutinize the use of religion in our family. I have come to realize that by limiting the use of religion to the females in our family, it is used as yet another tool to curtail their freedom to think beyond the commandments because, even to women, religion is an acceptable tool of misogyny.

I have grew up listening to my mother and aunt, with their broken marriages, lament how pitiable and purposeless a woman without a living husband is. My mother requests me not to cry as the menstrual cramps make me feel death would be better than this, every freaking month, because everyone in the house would know I am on my periods and apparently there’s nothing more disgusting and gross than knowing a girl is on her periods. Zip it up and go wallow in a corner, you’re sickening. I was thirteen when my father started talking to me about marriage. He’d count the years remaining for me to be graduate, just to make sure I won’t be more than twenty-two when I am getting married. You see, women who’re unmarried by the age of twenty-eight are leftovers and abominable.

By twenty-eight you’re supposed to have at least five children and cook the most appetizing dishes for your husband. I’m bold and outspoken so I debate and argue quite often with my father. According to him, a woman must not speak of her miseries in front of someone else. Such a woman has no respect in the society. I can sense him suggest that a woman with a sharp-tongue has got to watch it or else she’ll die as a spinster. Who likes an opinionated woman? No one.

When I told my mother about a relative who had lifted my trouser and caressed my legs as I watched him, unable to understand what was happening but definitely disliking and disapproving it, she suggested to never talk about it and that he was just cuddling me out of affection. As a repercussion, when things became serious and ugly I couldn’t decide for years whether what happened to me was out of love or coercion. My maths’ tutor told us that it would be difficult for girls to understand mathematics because they have no experience from practical life and are only able to score good by rote-learning.

Supposedly to solve calculus you need to have been in deep touch with life and well, girls don’t know shit about real life stuff because all they do is paint their nails and doll up.This self-proclaimed virtuoso of mathematics, also threatened the boys that if he’d find them talking to girls he’d kick them out of the class because ‘we’re just friends’ won’t be reasonable when they’d find their sisters mingling with boys. Conservative thinking? Actually, no. He’s just being protective because we are the weaker gender. So stop whining and accept the help. Women are damsels in distress and men are knights from medieval age who come to our rescue.

Chivalry is not sexist and slavery isn’t racist. So the next time this guy in our class tells me proudly that he rates girls out of ten and that I am a three, I should smile instead of telling him off for telling him off for considering looks as a definitive characteristic for girls. The next time a stranger gives me a compliment I should be thankful because after all it’s just a compliment, something that girls are always fishing for. The next time this guy, who by the way cracks inside jokes about sex, makes a gross face as I discuss menstruation with my biology teacher, I should once again not tell him off because a woman who brawls like a lout is loathsome and unacceptable. The next time I question the freedom and equality that my religion claims to grant to women, I should recall this classmate’s comment who said ‘at least it gives you some say. Stop fighting and accept it’.

So my fellow-humans-belonging-to-the-weaker-gender, be a badass. Screw the patriarchy.

The Marriage With The Fisherman Doubled Of My Age Was Truly The Blessing!
I Lost My Childhood When I Was Raped At Age Of 6
To Top