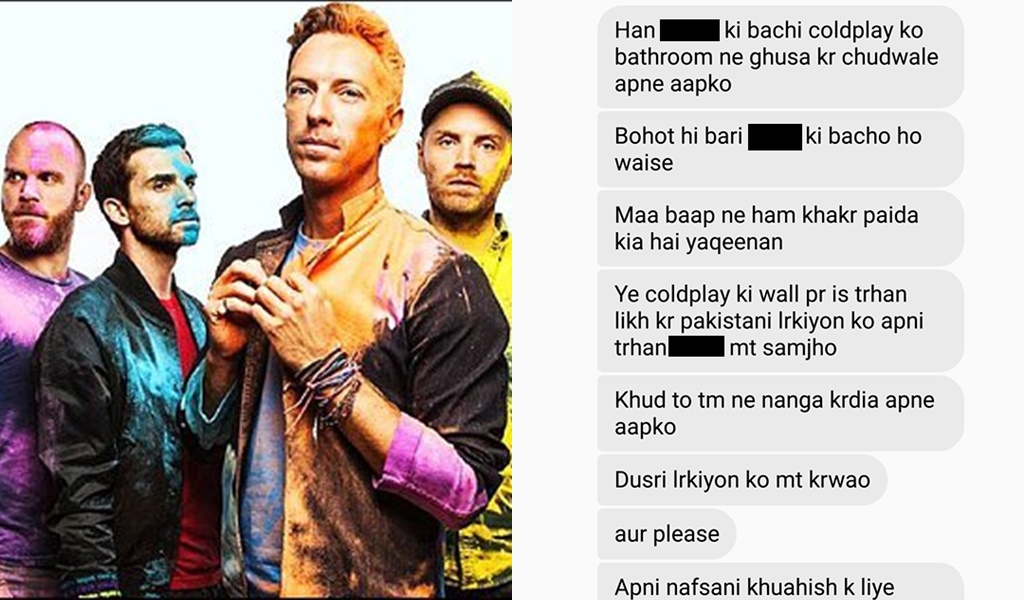 Today’s digital word has evolved a lot. In this era of technology and progression, there are still some people who take an old school approach towards life. Such people need to be more accepting to the changes and adapt to the modern era instead of pulverizing people with their perspectives and beliefs.

This is a shout out to everybody who was all frowned upon for having a difference of opinion. People who were bullied for believing in something or someone which according to other people’s perspective is considered ‘wrong’. People who tried reaching out but could not grasp on to someone solid. People who raised their voice and were brave enough to take a stand against a social evil but were shunned by the benighted individuals of the society. Do not back down ever! Do what you can to express yourself in all the possible ways!

Recently most of you must have read an article about me being harassed by a guy for expressing my love to my most favorite band- COLDPLAY. My crime was only to be a fangirl, expressing and over emphasizing my love and affection for Chris Martin. My fan letter went viral and I was ambushed by this random person who had the audacity to send me all those messages and then at the same time didn’t have enough balls to wait for my reply. 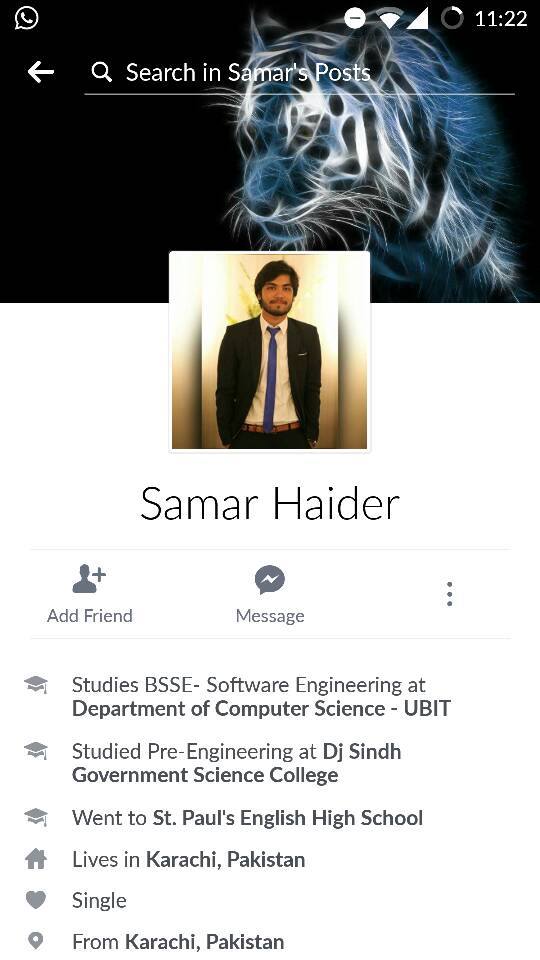 He made a simple and innocent fan letter all sexually explicit. Like any other person, I took to my social media to post my rant and expose the dirty minded person behind it all. It all started with me posting about it on a closed group where women from all over the world share their issues and activities from their daily life. 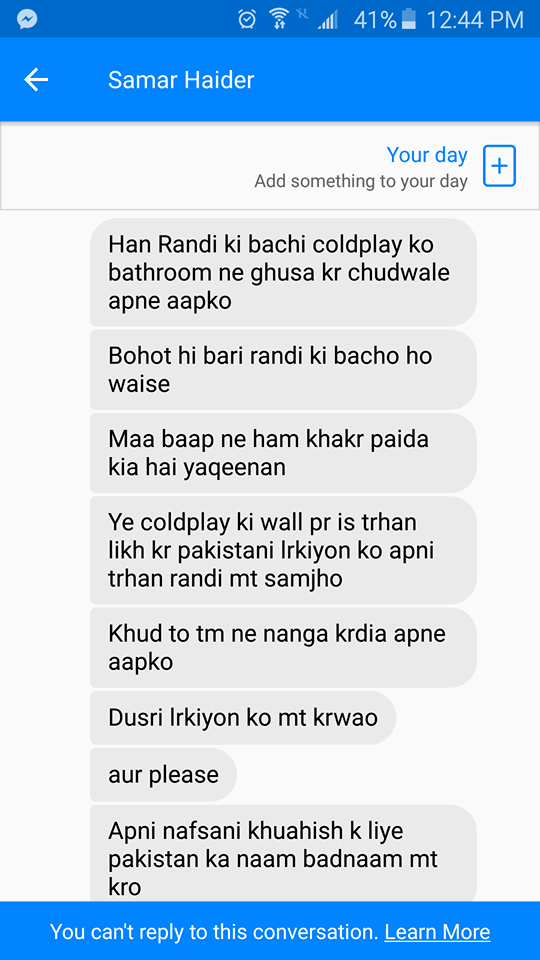 Few girls from there reached out to me and asked me to get it posted on a blog so it reaches most of the population that was not a part of that group. So, that’s what I did, with a help of a friend I got it posted on the blog and within few hours it went Viral. Other blogs picked it up and published it too with my consent.

I received tons and tons of appreciation messages from around the globe. People of authority reaching out to me and wanting to help me in getting my message through. The next step was to report it to the authorities, I had no clue how to do that. So, an angel sent from heaven above reached out to me and made me connect with the Deputy Director of FIA Cyber Crimes. The case has been filed and the concerned authorities are working on it as of now. 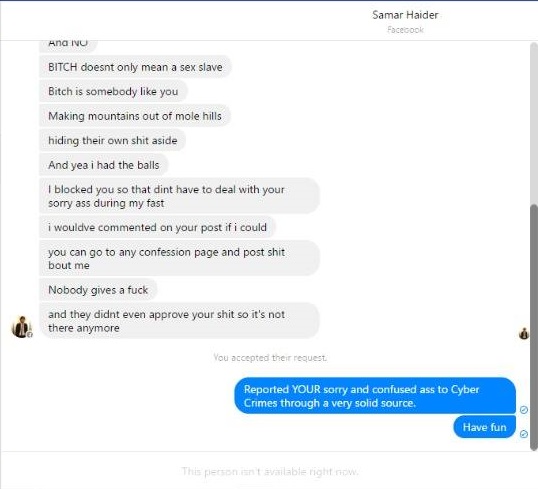 There were few people on that group who told me that they know mutual friends/cousins of that guy and can get me some clarity as to why he did all this. I asked them to go ahead with that, and right after 2 hours of that, the Abuser unblocked me to send some more nasty messages and telling me that no matter what I do, I can’t do anything about the abuse he inflicted on me and nothing that I do will have any effect on him.  That is when I blocked him after sending him a two liner, “I have reported your sorry and confused ass to cyber crimes. Have fun”.

Once the post went viral, and the account from which I was abused was blocked, the abuser panicked and suddenly there was a new account by his name declaring his account was “hacked”. That is when I decided to give him the benefit of the doubt and got in touch with the guy’s friends and family who wanted this all to settle peacefully. But they had no solid explanation of his account being hacked and even on my persistent request of sending me some sort of proof or apology they kept ignoring it. 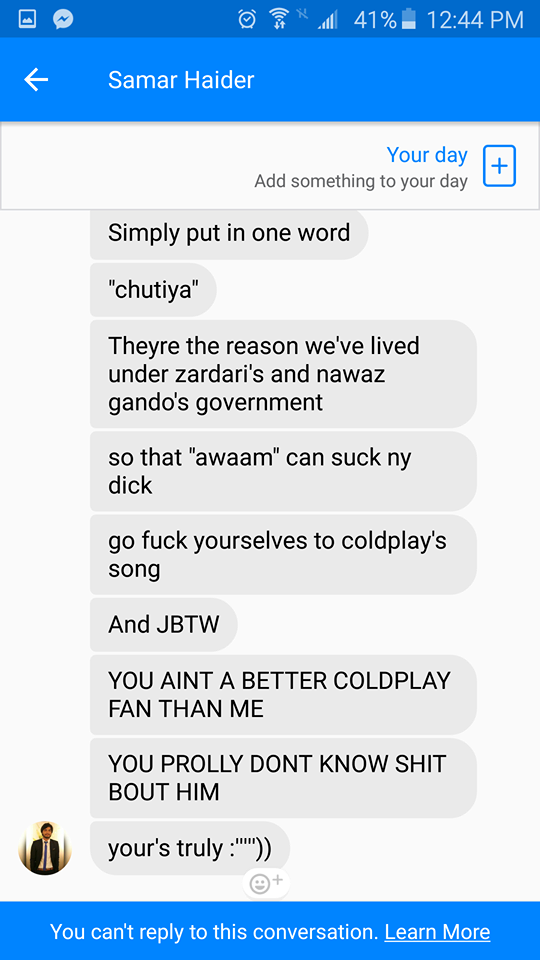 I even extended my hand and asked them to file a complaint with me against the person who hacked his account but I was given a cold shoulder over it. I then insisted them to provide me with a screenshot of a notification that every Facebook User gets once it’s accessed by an unknown device, upon which they told me that the email address with which the account was registered is very old and the password is forgotten and so the messages cannot be recovered. This was the turning point for me. I was 98 percent sure he did it but after hearing this I was 100 percent sure and quite adamant that I have got the right guy. Most of my questions are still unanswered. And I’m still looking forward to them being answered.

This was my comment on his post that he wrote declaring his innocence, this too was ignored:

Hi Samar, hope it’s really you this time. Let me give you the benefit of doubt and let’s hypothetically say your id was hacked, are you up in finding out who did this? I can amend my complaint to FIA and instead of fighting against you, I’ll fight with you. We can easily get the IP addresses traced. Please let me know if you’re in on it. Thanks

Out of the many good responses, there were some very bad ones too. The people who did not get any lesson from my story and were yet again abusing me in my inbox calling me names and had a lot to say to me. They even shared my picture and uttered some more hate. (I have reported that too BTW) Some people had a negative approach to it. According to them, I should have thought about the person’s image and family. They were constantly trying to make me look like a villain. I have a lot of questions for those people: 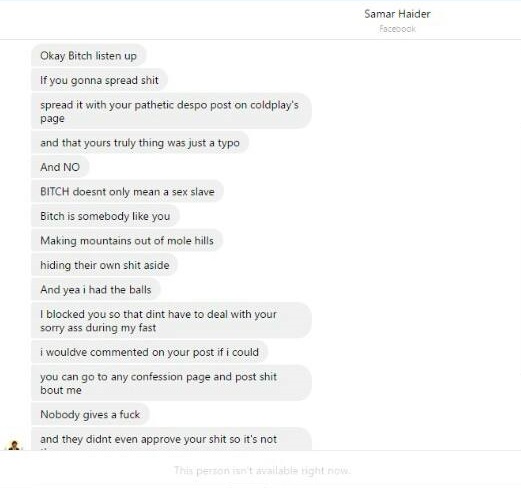 People have been saying I did this to seek attention. It’s not about seeking attention, it’s about raising your voice for what is right and what is wrong! It’s about setting an example by bringing matters that matter into the light. By making a difference. My post has enabled a lot of young people who has faced the same abuse and bullying but they couldn’t do anything about it for one reason or the other. Now people say I shouldn’t have read the messages nor accepted it, what is wrong with you? Do you ever stay silent and turn in another cheek when someone is abusing you and saying stuff about your parents? I’m sorry but no! I’m not the sort who lets other people mess with her easily and then get away with it.

People have manipulated my words into something they weren’t and have tried their level best to portray me as the villain. My point of these blogs was not to cause him any physical harm but to teach him a lesson that he can’t do this and then get away with it and get an apology out of him. And when somebody took an action against it, he started to wet his pants because he is wrong, then covers it up with the oldest trick in the book, that his account was hacked! This type of nonsense would not be tolerated anymore! I don’t understand why people take harassment so lightly. It scars your mind and soul forever if the necessary steps aren’t taken to recover from it. This is the limit. Somebody has to take a stand against it and I don’t mind being that person. I know there are going to be so many trolls who are going to make me regret my every move. But I’m not going to stay down. My family and friends are there to support me, and I’ll be your voice. People who can’t convey their messages and stories can reach out to me and I would try my level best to help them in every possible manner. I will be soon coming up with my own blog where I would be talking about and educating Men and Women both (that is FEMINISM), about cyber crimes and how reporting it can help you against your abuser. Because in the end:

Come on and raise it

Come on raise this noise

For the million people

Who got not one voice

Here’s Why #RamadanRecharge is an Amazing Activity to be a Part of!
Our Captain Sarfaraz Ahmed Pays a Beautiful Tribute to Amjad Sabri and It’ll Make Your Day
To Top