This Girl Retaliated And Exposed Two Men Harassed Her In Clifton,

Incidents of harassment have been on the rise and do not seem like ceasing. Harassment is an issue that continues to happen without people abstaining from committing it. Ask any woman today if she has been harassed in public, chances are, all women you come across have been harassed by men in broad daylight.

Our society is tainted with this issue at large. Women in Pakistan, regardless of their age have been victims of harassment for far too long. It has, in fact, become the norm of living in a society and we usually regard it as a common experience a woman is bound to go through when she steps out in the world and faces people.

But sometimes, certain things get too far. Every person has a breaking point. You cannot tame anyone for abuse.

We came across a girl who noticed 2 men harassing her in broad daylight. She could have resorted to silence and kill the distressful feelings boiling inside her. She could have just talked about it to someone and let it go.

She did not do what you would have normally expected her to do. Instead, she was defiantly brave!

This girl took the leap of practicing her right of speaking out. She openly exposed these men and took to social media after documenting the incident.

Must say she was quick to act by going live on Facebook! She did not hesitate for once.

She took photos of the two men sitting around her before they were leaving. This is probably when they tried to harass her.

This incident took place in one of the elite most towns of Karachi, so it is safe to say that it can happen anywhere with anyone.

We simply admire her courage for speaking out against what really bothered her. A round of applause for her attempt in raising this concern is mandatory. 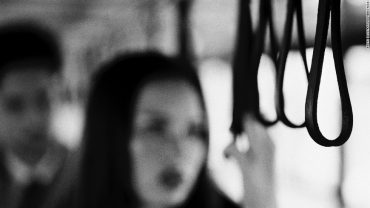 Not only did she take a bold step by exposing the culprits but she set an example for other women to follow who may have been harassed in the past. This incident is absolutely a portrayal of how some women can no longer tolerate harassment because it’s gone way beyond control and they have had enough of it.

Stop harassing women. Karma is a b*tch, it can follow you and affect people in your very own household if you do the same.