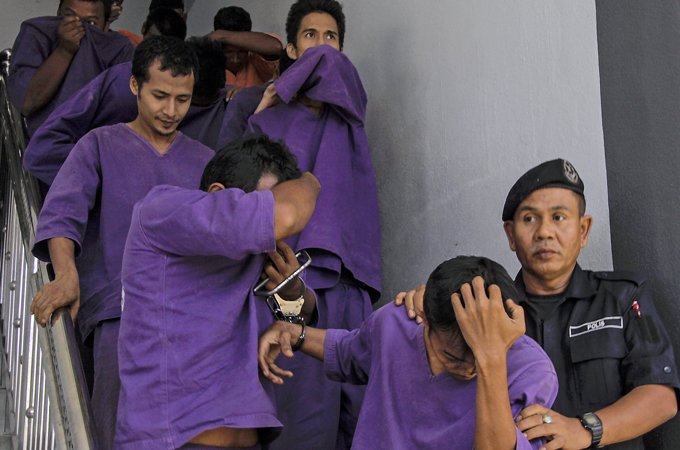 Malaysian police have detained 13 men and are looking for other suspects following allegations that a 15-year-old girl was raped by 38 men in the country’s northern region.

Astro Awani television and The Star newspaper reported that the assault took place in the northern state of Kelantan on May 20, when the girl was lured to an empty hut reported to be a local drug haunt.

The men took turns to rape her for hours. Police are also investigating whether her 17-year-old friend was also raped.

Several of those detained had tested positive for amphetamine, the reports said. The New Straits Times said a man and his two teenage sons were among those detained.

Also Rape : 14-year-old gangraped by four including brother and uncle in Nashik

“It is very disturbing to me that no one in the village was even suspicious when the closest neighbour was a mere 20 metres away,” Otham told The Star newspaper.

The alleged attack, one of several brutal cases this week underscoring the violence to which women are being subjected across Asia, sparked outrage among women’s groups.

Politicians from a Muslim party running the region said their proposal to introduce Islamic hudud law, with harsh penalties, would deter offenders.

Suri Kempe, an official with women’s rights group Sisters in Islam, told Reuters that the frequent number of rape cases being reported was “extremely worrying”.

“Boys are being raised in a culture where being masculine means being aggressive, and that it’s perfectly acceptable to use violence to get what you want,” she said in a statement.

Almost 3,000 rapes were reported to the police in Malaysia in 2012, of which 52 percent involved girls aged 16 and below, according to police statistics.

Convicted rapists face up to 30 years in prison and whipping, but many have called for stricter punishment.